Gathered my final thoughts on this team and what this season means for the program’s future: 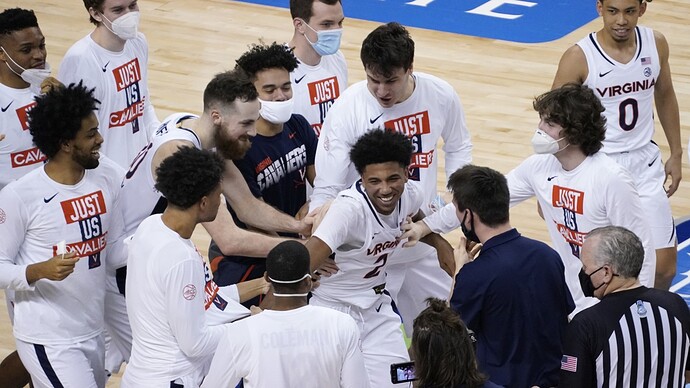 With the 2020-2021 UVA basketball season over, I have five key takeaways for the program moving into an uncertain future.

Good job Zach. You pretty much nailed it

So given the questions around all of the young players what do you think is a reasonable timeline to return to being a legitimate national title contender? 22-23? 23-34?

Yea I’ve had this conversation with @JoeBoxley a number of times. In reality you never really know what with transfers, etc but if I had to wager I’d guess 2024 is the next time I’d be confident with the 2022s as sophomores. Maybe 2023 if we get impact 2022s as first years and a legit transfer or two.

This is a great piece! Been reflecting on what the future holds and had the following thoughts:

I’m concerned that we seem to being trying to recruit the next Dre or Kyle or Malcolm. Filtering your evaluations through that lens is seductive, but may lock you into trying to put what turns out to be a square peg into a round hole.

I think this is a good point. Passing over good players early because they aren’t Dre or Malcolm. Compounded for 2021 and 2022 because of covid limiting evaluation opportunities so we don’t even have a chance to find those guys.

I’ve seen people here saying Reece should spend time working on his jumper. I’m sorry, but by the time you hit 18 in basketball, you either can or cannot shoot well. A good shooter can become a really good, maybe even great, shooter, but a poor shooter with mediocre mechanics is highly unlikely to become even an average shooter.

I don’t know if Reece can or cannot improve his jumper, but I don’t think it’s absolute that a poor shooter can never become a good shooter. Look at Blake Griffin for example. First 6 seasons in the NBA he took something like 150 total 3 pointers at like a 20% make rate. Then starting his 7th season until now he started shooting 200 a season including 500+ in 18-19 at like a 35% clip.

Now, I’m citing the example of an extraordinary athletic physical specimen so maybe that played a part in it too. His FT shooting also improved from early in his career to something around 70% lately and I read that he “fixed” his shot mechanics.

He doesn’t even really have to become a “good” shooter, I think. He just needs to develop the ability to make the open shot with more consistency. If he can do that, it’ll be really hard to stop him!

What about all those Midwestern kids who are great shooters because they took a million shots growing up. It is hard to get more athletic if you are not born that way but skills can be developed through hard work. I think a college freshman who is good at most things basketball and spends his free time working on improving his shot should be able to do just that.

I think my point about Reece is that he will be an good 1 but no London Perrantes. He will be effective but only pared with a good shooting 2. Him and Kihei - we’ve seen that movie and I don’t know that it can get much better.

Casey supposedly spent a bunch of time in the offseason on his shot - just saying.

That’s why I’m bummed for Casey. He worked so hard and he really wanted to be at UVA. Just couldn’t shoot.