With 11 days between games, coaches are out and about visiting recruits over exam break. What we know so far…

Assistant Coach Kyle Getter is on a midwest run this week. He was there to see Leon Bond drop 30 in the battle of Wauwatosa last night. Bennett was originally supposed to join him. I think last night’s storms changed those plans.

Before that, Getter was at nearby Pewaukee High. They have a pair of high major recruits. You might remember the name Milan Momcilovic from the summer, a 2023 stretch four man had a big game in July with nearly the full UVA staff there for other players. The main draw though is more likely their 2024 sharpshooting guard Nick Janowski. Expect that’s one we’ll hear more of this summer.

Tonight, Getter is expected to see 2023 Bixby (OK) guard Parker Friedrichsen. It’s the 2nd time Getter has made that trip. Right now, Friedrichsen is at the top of the heap of potential SG recruits. It’ll be interesting to see if UVA gets some sense of urgency with him because it’s no sure thing he’ll still be available when April’s live periods roll around. OKlahoma, Nebraska, and Purdue have all been particularly active in his recruitment.

Williford is at the Gonzaga (DC) Classic today. A lot of younger guys of interest there, 2024 and even 2025 classes. There’s also a 2022 guard, Bryce Lindsay from St. Frances (MD). He mentioned UVA last week after Williford saw him at the DeMatha Hoopfest. I’m doubtful that anything comes of it, but worth noting. He would essentially be a 2023 guard a year early to UVA.

Maybe the most telling part of the weekend so far is where they haven’t gone, to the event at Ridge View (SC) for GG Jackson. There’s been some talk that since UNC hasn’t closed the door, there’s an opening. Maybe there could be in the long run. But if they were feeling hopeful, someone would be there.

Williford keeps liking GG Jackson related stuff on twitter lol so maybe that’s still in play but Duke is also coming back into the picture. I think they had staff for GG recently. Seems like a waste at this point 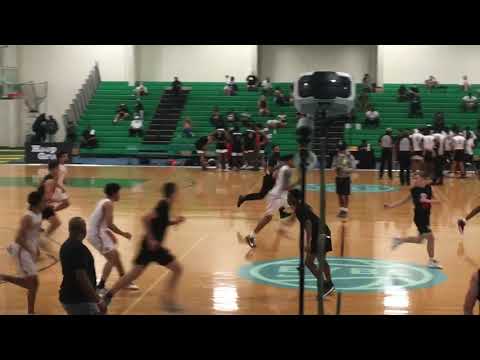 We cant just have London on the roster. Reece is gone after that year.

If London reclasses to 2022 we need a 2023 pg still. Cause London is also most likely a 2-3 year player. HGN alluded to it in another earlier thread about the clusterf&%$ issues with recruiting future guards and roster spacing.

He graduates after 2023-2024. And that following season London will be a junior and probably his last year here (and will be the only pg on the roster). We need a 4 year pg in 2023 and to add another Brogdon guard/shooting combo guard before 2024, if I remember HGN correctly. How it is with the spacing of the roster and the transfers in and out. A little messy lol

It would be a tall order to get a high-quality PG to come in the year after London arrives. Maybe London is gone after three, but that’s not something you can promise a recruit. We might be able to get a Kihei type (lower rated guy who could develop), or maybe we just do an amazing sell job like we somehow did with London Perrantes and Devon Hall, but that’d still be a tall task.

Yeah thats why its a clusterf*&%. I think that’s something you can sell with Bryce Lindsey. He’s like the kind of player HGN referred Dunn too. A late bloomer without the entitlement who is more likely to buy in for 4 years. Bryce Lindsey is good. He’s not flashy by anymeans but very solid, hence the interest from other schools. Louisville is iffy on him because pg is a violent need for them in 2022 and he seems to be one of the main guys if not the main guy whereas they want a more immediate impact player.

But with Johnson most likely coming in 2022 there isn’t that immediate need, he can provide quality depth/he’s not an international prospect lol. You need these 4-5 year guys who fit and complement the roster. Of course you can’t build the roster with those guys but we have the 2022 class and two other 2023 schollies to use for that. Along with Igor Taine Reece Kadin.

Think of him as a much better Poindexter LOL (he’s good, probably a top 100 talent)

You aren’t getting better talent to fit that specific role on our roster with the roster construct/no top 75 player is going to come here with that roster situation. A la 2021 recruiting after seeing our 2020 class as a playing time hurdle(before the hindsight bias/yeah if we had known how things panned out we would have probably done better 2021 LOL)

I don’t think HGN has said anything to lead us to conclude that Johnson is most likely to come in 2022.

I think he’s going to be 2022 from what I understand. Don’t think staying in high school one more year lines up with his goal of getting to the league as fast as he can lol. Also he’s been outperforming top 2022 players at some of his high school events before heading to Jamaica.

This is how I like to imagine you working through recruiting scenarios:

Very much the latter lol

This is looking more likely from what I hear. Probably won’t be a final decision made on class until spring though.

Very intriguing Friday night tidbit. Kid can play. Get him started hard on the weights and protein shakes and you never know how quick he’ll be ready

This is looking more likely from what I hear.

wow you have sources inside the auburn program too? Amazing.

What are you hearing on commitment timeline? Still Christmas or no word

Up to him. I know it’s fruitless to say this but I wouldn’t stress over it.

This statement stresses me out

This. In a world of crappy losses…this.