KG absolutely making the right choice, esp. with a young family. Go to Europe get solid reliable pay and know where you’re living and on a regular basis. I have to imagine that last years experience bouncing around to a few different cities was difficult and Europe offers stability on multiple levels.

It’s a good question, and I really don’t understand it. He’s not getting bites much any more in the league, and then he goes to the G-League and just dominates. But there’s something there…

I’d love to see the chart that shows the ideal amount of time to spend in the G-League before it becomes diminishing returns and your NBA opportunity dries up and then compare that timeline to players who go to Europe then come back. I know guys can take a few years there before sticking, but it’s pretty clear that putting up gaudy stats in the G-League means nothing to NBA teams.

I don’t think it’s ridiculous to think the ceiling for a KG or a JA is reaching a similar level to where Gil is currently. On a second contract and considered a culture/locker room piece and roll player on an NBA team. Point being I don’t think Gil gets to where he is currently by playing in the GLeague. Remember him saying on a pod in the early LRA days he went to Russia to support his family and look how it played out for him.

I think JA has made enough money already in his career that he can afford to take the chance.

I don’t know the details, but I suspect it might be limited to guys under certain years of service

I’d love to see the chart that shows the ideal amount of time to spend in the G-League before it becomes diminishing returns and your NBA opportunity dries up and then compare that timeline to players who go to Europe then come back.

Not quite what you’re looking for but this shows conversion of two-way deals to an NBA contract: 2021/22 NBA Two-Way Contract Conversions | Hoops Rumors

My own guidance would be if you’re not on a guaranteed contract by Year 2, it’s probably not coming. Another year older and another new crop in. Of course there are always outliers.

Agree all around. Totally think JA has enough off that 1st round deal to financially be able to float Gleague life, for me the question still remains why? Because of your last point about being in the GLeague and not on a 2 way. Granted money may not be the motivator but have to think after 4ish years the Gleague does not provide the on the court experience needed to land in the NBA.

Difference is that JA he’s had an NBA contract (albeit mostly as 10-days) every year since he was drafted. The non-guaranteed deal didn’t work out in Philly, but he is very close.

His size and athleticism is something that every team can use. Gary Payton II type path. I’m sure he’s getting feedback that he’s a roster spot away from another shot.

Good comp. I always forget how old Gary Payton II actually is. Didn’t break through until he was 28. I’m JA is getting good advice, and its one of those things where opportunity just has to come knocking.

Total speculation re: JA on my part, but he still seems to enjoy some of the fringe benefit type stuff of being in the union, like coaching at the NBPA camp. Maybe there’s other fringe benefits that increase from being current in the union / time of service in the union? Better dental?

Ok, total tangent: when Carlos Beltran was still on the Yanks a few years ago, I saw him in my neighborhood pharmacy waiting on a prescription for his daughter, and the pharmacist told him there was an issue with his insurance… Lol! Even when you make it to the majors, we still ALL have those same annoying issues… 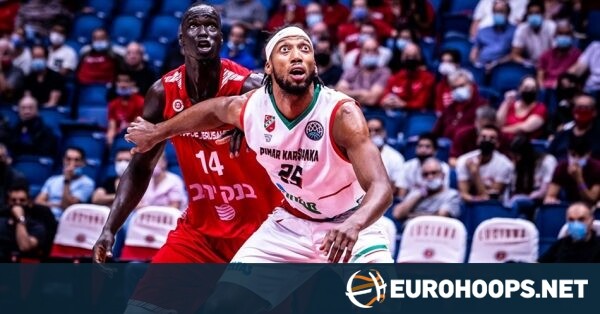 Akil Mitchell is back in the Basketball Champions League.

Looks like we will have a lot of Euro hoopers this year. Unfortunately, I’m a Panathinikos fan thanks to Pitino and a crazy Athenian cab driver, but still, cool for Akil.

we must have had the same cab driver in Athens. He play James Brown volume 10 and still insisted on talking?

Kyle Guy having some fun

Man, it is so much fun watching him. It amazes me how fast he can pull the trigger.