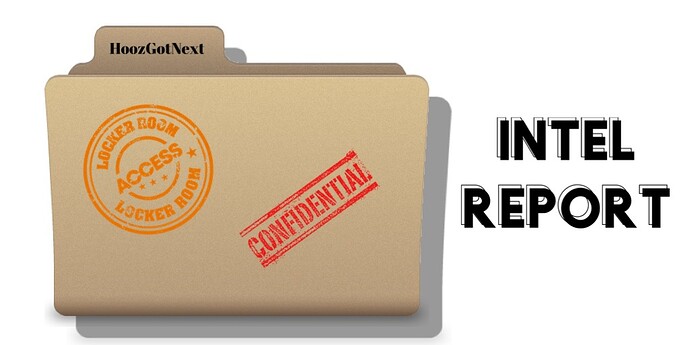 Virginia landed a key transfer addition this week. And with the spring live periods completed, the Hoos have new targets in the 2023 class.

Virginia picked up a key transfer addition this week. And with the spring live evaluation periods completed, they’ve extended new scholarship offers to the class of 2023.

The spring evaluation periods are in the books now. The next time coaches are allowed to watch recruits in-person will be in June, for the two scholastic live weekends where players are with their high school teams. Coaches can also attend two days of Top 100 camp, now held in Orlando, in late June. That’s all a warmup for July, when they have 10 full days to attend AAU events.

Thursday was the final chance until August for coaches to visit with recruits at their schools or homes. The last couple weeks have been about setting the table, deciding which recruits they’ll pursue for at least the next few months.

From here, the goal is to get recruits on grounds and take a swing at closing them out before we get into the next round in July. With the exception of a week-long dead period in late May, recruits can visit at any time between now and early July.

The transfer portal is still open. May 1st is the deadline for players to enter if they wish to take advantage of the one-time waiver to play next season. Virginia isn’t expected to lose any more.

Ohio transfer forward Bennett Vander Plas signed with Virginia over the weekend. Most of you already know the story I’m sure. His dad played with Tony Bennett at Wisconsin-Green Bay, where they were coached by Tony’s father Dick. He was named after the Bennett family.

Given the connection, it obviously wasn’t surprising that he chose Virginia. They were always pretty sure he would end up a Hoo. He didn’t commit on his visit, but there was a strong confidence from then on. I think there was a little bit of bad reporting as far as how strong Wisconsin was in the race. That happens. It’s tough getting good intel about transfers.

I know some fans are worried about how Vander Plas could impact incoming recruit Isaac Traudt’s opportunity for playing time. The coaching staff actually talked to Traudt before going after Vander Plas to make sure he would be okay with it. Isaac and his family were completely on board.

The other transfer visitor last week, guard Sean McNeil from West Virginia, committed to Ohio State over the weekend. There wasn’t much positive chatter around him. UVA wanted him for sure, but no one seemed all that hopeful about it. Distance was a big factor.

UVA still has one scholarship open for the 2022-23 season to pursue a transfer if they wish. They’re open to the right player. But there’s no smoke around anyone right now. They’re fine with what they have if that’s how it works out.

Virginia has lots of room for recruits in the 2023 class. It’s likely that Armaan Franklin will stay for his extra year in 2023-24. That still leaves them with five open scholarships. I doubt they’ll use that many, but a four-man class is very possible.

They’ve made three new offers this week, to go along with Rolling Meadows (IL) guard Cam Christie who was offered after the first live weekend. There could still be more in the weeks ahead.

The first offer this week surprised some folks. It went to big man Blake Buchanan out of Lake City High in Idaho. Virginia is the first high-major program to offer him a scholarship. And things are moving fast. He’ll be in Charlottesville this weekend for an official visit.

As I reported, Coach Bennett saw him play twice on Sunday in Kansas City. It turns out they’ve been a lot more involved with him for some time than we knew. The coaches had been out to Idaho to see him a few times. This is one they were prepared to pounce on if he impressed the boss, which he clearly did.

They waited until the last day of the last spring weekend to send Bennett in. That way it was too late for others to follow in his tracks. No one else will have a chance to see him play until later in the summer. Other high-major programs have shown interest, but none of them had laid the groundwork like UVA did. Strategically, it was a perfectly executed checkmate.

Now they have to actually close the deal. Obviously this weekend is an opportunity for that. But they really have the next couple months before anyone else is a factor. UVA is the overwhelming favorite for his commitment.

Buchanan would be a potential redshirt at Virginia. He’s very talented, but hasn’t played against great competition and needs physical development. Kadin Shedrick is probably the closest UVA comparison. He’s a good athlete, although not quite at Kadin’s level, and Blake is more advanced offensively. Expect him to shoot up in the rankings and all that as more people see him over the summer.

Pewaukee (WI) forward Milan Momcilovic has been the most watched player by the Virginia staff over these live weekends. Tony Bennett and assistant coach Kyle Getter flew up to Wisconsin on Wednesday night to deliver his scholarship offer in person.

As always seems to be the case with these Wisconsin recruits, there’s a Bennett connection. His high school coach played for Dick Bennett at Wisconsin. Coach Getter has been working this one for a while, having made previous trips up there to see him.

They’ll try to get him down for a visit over the next month or so, and I expect that will happen. His recruitment is really taking off. He’s been one of the top players on the NIke EYBL. UCLA just offered. Iowa State and Maruqette were the two that had recruited him hard from the start. And Kentucky and Gonzaga are sniffing around too.

Bennett was also in Minnesota on Thursday to hand deliver a scholarship offer to Totino-Grace (MN) combo guard Taison Chatman. He was heavily watched by UVA coaches during both live weekends, including Bennett checking him out on Friday night at the Adidas event in Spartanburg. They’ve had some involvement with him for a while too. Coach Vandross was up to visit with him back in the fall.

Chatman is another big stock riser. Kansas and Texas are among his fresh offers. Iowa and Minnesota have been in full pursuit. Of the three new offers, this will be the hardest recruitment for UVA to crack.

@HoozGotNext
Any update on the D2 kid that you mentioned?

No I haven’t heard anything about him other than that report on twitter.

From last weekend for anybody that missed it. 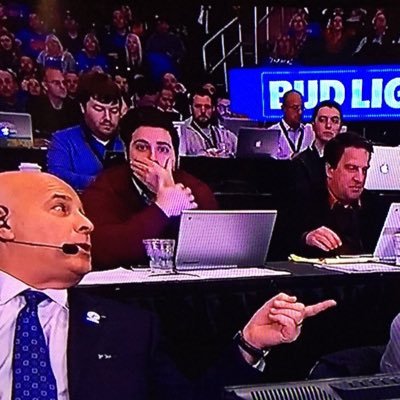 Huh. For some reason I hadn’t really thought about this possibility. Forgot he had a COVID year.

@HoozGotNext is Buchanan a reclass to 2022 and redshirt or is he a redshirt to 2024?

Buchanan toss us a June commit why don’t ya

What do we think the path forward is for point guard since it appears we aren’t extending any offers coming out of the spring?

Offer still coming for someone like Silas? Target not yet identified? Rely on the transfer market? Secret 2024 candidate that could reclass up? International (god, please no)?

Going to be a very exciting weekend! (I’m making sure my f5 key works)

I started a rumor that he already committed.

What happened to Pryce Sandfort? Is he still on the radar?

I mean this quote from Bossi on Buchanan

“Idea is to redshirt as of now and it is something that the kid is cool with. His brother is a redshirt athlete at Hawaii (volleyball) and his mother coached college volleyball forever so they understand and value development more than typical kids and family who want it all now.”

So Reece and Sheds are the last potential super seniors, right?

Yes, I meant after the Franklin/Papi year.

Has the NBAPA Top 100 Camp permanently moved away?

Always thought it was a little strange that it was here to begin with. Probably a net zero impact on recruiting, right?

Great stuff as always, thanks!

I know some fans are worried about how Vander Plas could impact incoming recruit Isaac Traudt’s opportunity for playing time. The coaching staff actually talked to Traudt before going after Vander Plas to make sure he would be okay with it. Isaac and his family were completely on board.

This is the best news from the entire report!

“Reset” is the way I’ve heard it described. They checked out a few out like DeMary. We’ll see if anything comes of that. TB isn’t going to be rushed, shocker right? Most of eval time for 2023s is still ahead.