Oh i don’t know. Everything he does gets reported so wouldn’t be kept secret

HGN did mention Team Melo is going to be in Virginia for the Boo Williams events over the weekend. Maybe a stop by on the way down or way back up?

Yeah that was my bad. That’s not Gapare’s team there, it’s one of Melo’s B teams.

Southern Jam Fest is an awesome event though for anybody around Hampton. Jamie Kaiser and Freddie Dilione should be there. Most of the shoe circuit teams from around the region. 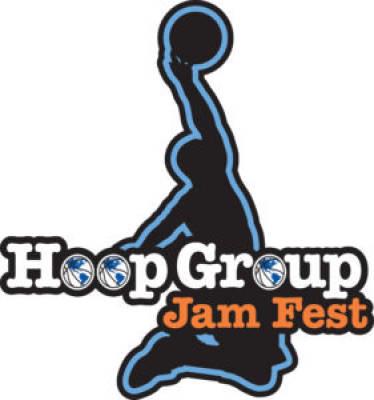 You don’t want to be running anything traditional is my point. Im okay with never recruiting a true pg or a true center every again. I even consider Jerome a combo guard, he can play both on and off the ball even with his floor general skills.

I disagree big time on never recruiting a true PG again. True PGs imo are still a must in todays game, especially for a program that does not recruit top notch talent. Ty was a top 5 PG of his era and he had Clark as his sidekick in ‘19. Tell me how that tourney run goes w/o those two (esp Ty)?

And no Gapare isn’t visiting this weekend. He’s playing in a different AAU tourney.

Hearing there is someone visiting this weekend. No idea who. Might not be a big deal, like a younger kid or something. Don’t know.

Between the offers and visits with both '23 kids and others, seems like the staff has been much more active than the last couple of years. Could it be influenced some by Getter?

Sneaky way to tell us Patrick Baldwin Jr. is visiting

seems like the staff has been much more active than the last couple of years.

You gotta remember it’s been 3 years since there were spring live periods. And even then it’s not like they’ve ever been in a situation starting with a clean slate. You have to go back to the 2018 class for the last time they had those live periods while trying to fill more than one spot.

I’m guessing, in a perfect world, they’d like 2 spots locked down by July and hold (or at least be ok)2 for the Fall?

I hadn’t thought of that either. I thought damn man they are everywhere and throwing out plenty of offers. I just forgot how exciting recruiting can be,lol

Thanks, I didn’t think about it that way.

, in a perfect world, they’d like 2 spots locked down by July

yeah. Trying to remember here…I think 2022 was the first time TB has had more than 2 commits after the July live periods, not counting the late signing period. Obviously under unique circumstances coming out of the long dead period.

Does anyone have betting odds on the next offer to go out? My guess would be another PG.

My guess is Tafara whenever they figure out the academic/handler situation. I think if not for the hurdles he would already be a Hoo lol

Could Gapare be redshirted? Would he be okay with that? We could see four players potentially signing before he’s considered. I understand Buchanan is a likely candidate for RS.