Woj dropped a college basketball bomb. In a follow up tweet, he said it stems from Penny Hardaway helping cover the costs of the Wiseman family’s move to Memphis last year.

The NCAA has ruled Memphis F/C James Wiseman -- the possible No. 1 overall pick in 2020 NBA Draft -- ineligible, his lawyers said in Memphis.

Memphis announces that James Wiseman will play tonight "based on an emergency temporary restraining order issued late today by the courts."

That’s… tough. Glad he’s gonna play for now, for him at least. Rumors circulating about Penny and his ties to the school do suggest he was a sort of a booster, but gosh this is a tough situation. Surely this will bring repercussions for Hardaway? I’m more sympathetic to the kid, nothing malicious in his intent, but I don’t really know about Penny, certainly not a good look with the NCAA. This is why players should be able to profit off of their name, and if good enough should be able to go straight to the league. I don’t know enough about how good Wiseman is, but if he’s a projected top pick he’d likely have gotten drafted this summer even if he had to take a year to develop. Certainly though, nobody wins by turning this into a witch hunt.

I look forward to the backstory of how this investigation came about. Penny has made a lot of enemies around the college coaching profession in his short time.

The way back story is Anfernee going home to Memphis to assistant coach with his childhood friend at a Jr High School. They both stayed with that group of kids into HS at Memphis East (Anfernee played at Treadwell back in the day). Wiseman came to play for Pennys AAU team which is of course nationally renowned and very common for kid from Nashville to play AAU in Memphis or wherever. The family liked the coach and relocated. Penny was deemed a donor for donating to Memphis in 2008; where he played basketball and went to school.

We dont know all the details but from what I do know is pretty absurd.

Sidenote he came home to help his friend coach as the friend had become very sick at the time.

Our old friend Mark Giannotto has some more details. It’s all over $11K to help with moving expenses. 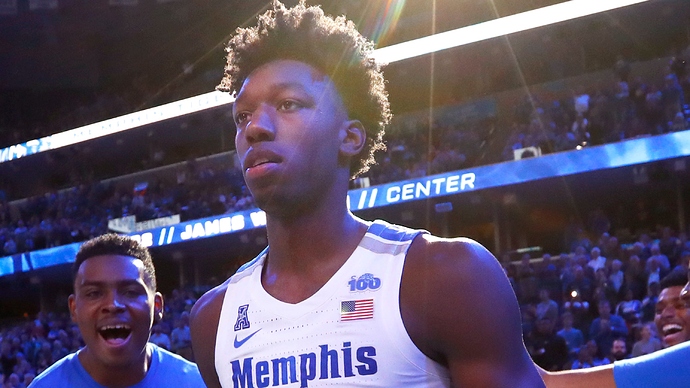 Memphis attorney Leslie Ballin announced Friday the Tigers’ star freshman James Wiseman has been ruled ineligible by the NCAA, according to multiple reports.

Good stuff, Doug. I remember ESPN doing a story on him helping coach there when his friend became sick.

I suspect that’s why the NCAA came down on him

Stranger still in reading that article it says the NCAA cleared him to play in May. So what changed?