We were told last night by a source close to the UVA program that they were no longer pursuing Charleston Southern guard Phlandrous Fleming. People just made me aware that there’s a 247Sports report saying the opposite. That happens. Different equally good sources sometimes give conflicting stories. But I’ll stand by my report here. I feel confident that UVA isn’t in the running. It lines up what I’m seeing and the overall message of “patch job not rebuilt” that’s been conveyed to me repeatedly.

I received some intel this morning that leads me to believe UVA is the heavy favorite right now for East Carolina forward Jayden Gardner. It’s not over until he says it is and other reports suggest it could take up to a week, but it looks very good for our side right now. So let’s just try to relax and let it play out…I know you won’t but it’s worth a shot.

If they do get Gardner, and I emphasize that’s no certainty, they won’t be done. They’re still looking for a wing player in particular. They’ll consider all options there but ideally they’d like a young player, a freshman transfer or even a 2021 recruit. We know they’ve reached out to Texas decommit David Joplin. They’re also taking a look at late blooming Carmel (IN) forward Brian Waddell. He recently picked up an offer from Purdue, where his dad played. I think there’s also an upperclassman transfer they’re involved with, but I don’t have enough yet to put the name out there as concrete.

Thanks! Do you think they will get involved with Corey Walker who just entered the portal from Tenn

Any reason to read into the thread title on 247? Dushon labeled state thread “commitment watch” as our read “update”

According to 247 national guy Gardner to announce Monday As always great stuff
I honestly have probably missed out on this discussion but have we moved on from local product Taylor? He has good size for a wing and was in the 21 class originally?

“So let’s just try to relax and let it play out…I know you won’t but it’s worth a shot.” 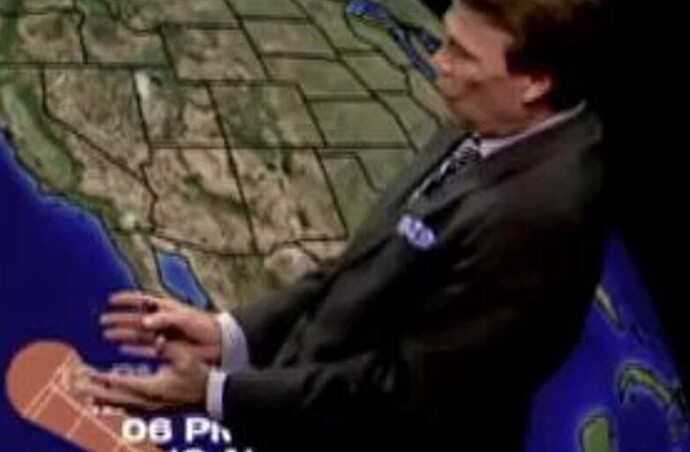 LOL I mean, HGN said that and then Jayden immediately puts out an announcement that he’s committing somewhere on Monday. Not a chance anyone’s relaxing now

Anybody know a site that has available transfers but let’s you sort by class?

Walker visited UVA once upon a time very early on but they never really pursued him. I could see it but a guy like that might also know where’s going. I think he’s had some injury issues, not sure the details.

I honestly have probably missed out on this discussion but have we moved on from local product Taylor? He has good size for a wing and was in the 21 class originally?

Taylor was originally a '21 and could move up yep. But I don’t think he’d be in the cards for UVA right now. Same reclass potential with Maliq Brown, the Blue Ridge PF. He might be the one more to monitor, depending how things finish up with transfers.

It lines up what I’m seeing and the overall message of “patch job not rebuilt” that’s been conveyed to me repeatedly.

Can you explain more what this means and why it impacts your thinking on Fleming?

I almost forgot to waive at everybody reading who’ll be crediting it under the tile of “our sources say” over the coming days.

Covid and a toe injury for Walker.

He was at a Top 100 Camp in Charlottesville too, unless that’s the visit you were thinking of. 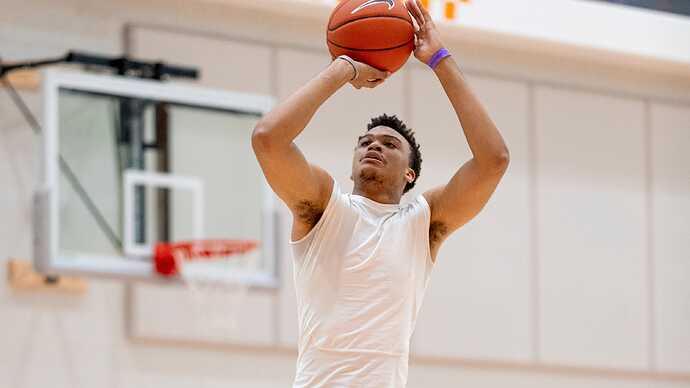 Corey Walker was rated as the No. 81 prospect nationally in the 247Sports Composite for the 2020 class.

You can look them up on Torvik’s Transfer Portal page and sort by class with the bar on the left: 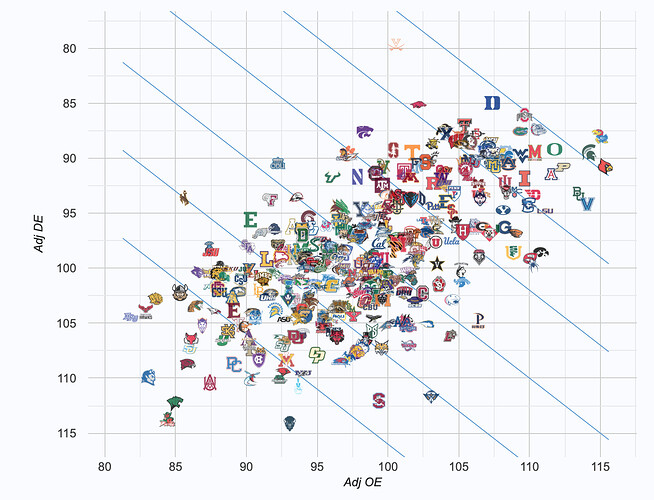 Yeah, you can put together the sequence of events that would lead to UVA pursuing Brown (if we land guys with just the right skill-sets who are the right ages for us to have time for him to develop and the rest of the puzzle comes together such that we’ll need his skills in a couple years). I don’t think its super likely we’ll get that sequence of events but I like Brown a lot so I kinda-sorta hope it plays out that way (actually, now that I think about it, that sequence requires us to miss out on Gardner so I take it back, I don’t want it to happen).

Unfortunately, barring something weird, I don’t think a similar path exists for Taylor.

Can you explain more what this means and why it impacts your thinking on Fleming?

I think Fleming set his announcement when UVA told him Franklin was coming, was right around that time. And UVA people have insisted to me while they have holes to fill they want to be careful not to bring in players that limit the young guys opportunity unless it’s a big upgrade. Franklin plugs the hole. Fleming has potential for roster issues.