Hi All… I’m a beer fanatic/snob… I started transitioning from a casual beer drinker to a aficionado when I was stationed in Colorado Springs in the early 2000s and began to experience the plethora of microbrews along the Front Range… I would regularly have some new microbrew in my fridge w/ Laughing Lab and Fat Tire as my staples.

When I was stationed just outside of Oxford, England after Colorado… I began my love affair with Real Ales and the organization CAMRA: https://camra.org.uk/

My subsequent move to Germany expanded my love of the German purity law beers and the amazing differences of flavors you could experience w/ only 5 ingredients.

Finally… my current role lets me travel throughout Europe, Middle East and Africa… so the amazing beers throughout every region have continued my passion for them… for instance… Heinekin and Amstel (not light) are two phenomenal beers when experienced anywhere in the Netherlands, but tastes like turpentine when out of a can in the US.

I’m not a fan of a lot of spice… like Belgian and French beers… and I sure do not like Lambics (blech!)

What is everyone’s favorite beers?

Love this topic. Thanks @jazznutUVA for kicking this off.

I’m a big beer aficionado myself. I started really paying attention to beers when I was in college in the early 2000s (shocker). But during that time I was also a bartender so I got access to more than the typical Nati Light and Busch and I started to explore imports and other options. During this time, I would always try local beers if I was traveling, I find it helps me get a feel for the area, and once the microbrew craze hit the states, I was in heaven.

Currently living in Atlanta we have an ever growing number of breweries popping up, some of them are really good. I’m a big believer in drinking local, I often joke that you can look in my fridge at any time and drink five different beers from five different breweries, and they all came from within a 60min drive of my home.

The IPA craze nearly ruined my taste for beers here in the states, with so many brewers shoving as much hops as possible into every batch, and creating beers that felt like you were chewing them and were ultra bitter. For me DogFish Head is the only one to truly nail the over hopped beer trend.

My beer taste change as the seasons change, in the summer I like a good gose, some sours, a lighter IPA or APA, and saisons. As the weather turns, I do enjoy a good porter or a stout, or a smooth red.

Interesting… I’m not a big IPA fan… I think they are a bit too bitter and dry… personal preference I think. What are good local Atlanta-produced Stout/Porters? I really like the ones w/ hints of coffee or chocolate flavors.

I totally get the IPA critique. It’s taken me a long time to get into them, and I’m very careful, the IBU’s make a big difference

It’s funny I don’t think Atl brewers do a great job with stouts and porters, I chalk it up to being too hot and not great stout weather. I agree I really like the ones with a good coffee or chocolate note. One that I’ve had that I do like is Fistful of Cake: Double Fudge Chocolate by Monday Night Brewing.

Three Taverns Morning Smack is a good fun one.

Sweetwater did a Chocolate Stout 420 this winter, it was good, but I recommend their 420 Mango Cush if you want to sample their 420 collection.

If you can find this one from England… Fullers has a whole line, but this one is my favorite:

Nice, I’m going to have to take a look for that. I like Fullers, their Swing Low made for a great Six Nations. 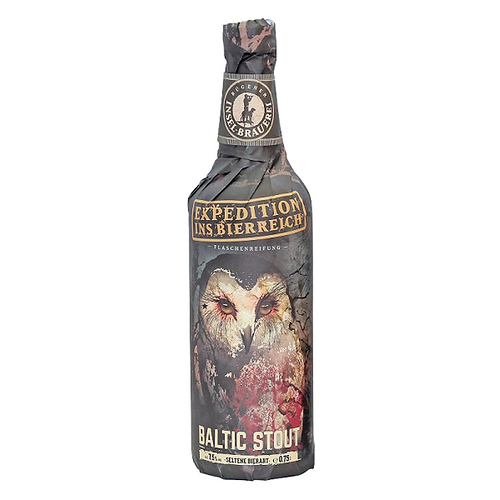 This one is phenomenal too for ones from a country you wouldn’t think of as a place they would brew stout… I’ve got six in my beer fridge right now:

That’s awesome. I had an Icelandic white wheat back in the winter and it was one of the smoothest most refreshing beers I’ve ever had. I don’t recall the name of it, and I’ve been looking for it ever since.

… and I normally root for England during the 6-Nations as one of my neighbors got me to a few Leeds Rhino Rugby League games (while the closest Rugby Union side was Bath) but secretly I root for Italy though since they are like the Bad News Bears of Rugby.

I had an Icelandic white wheat back in the winter and it was one of the smoothest most refreshing beers I’ve ever had.

Yep… same brewery… I have some of those in my frig right now too. Haha! 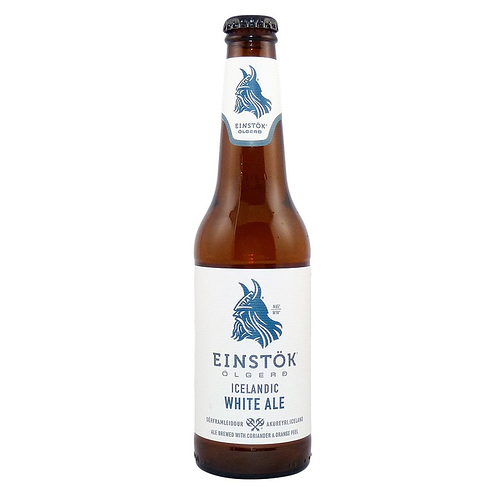 Hah I’ll try to ignore the England comment. Played with and against several Irish internationals during my time overseas, and will always pull for them first. My best friend was in the Welsh pool so I have a soft spot for them as long as they aren’t playing Ireland. Bath is storied, I almost took a contract with them instead of going to Ireland.

I can’t star this post enough! You just made my day. I’ve been looking for that beer for months now, and when I saw the first bottle you posted the logo looked familiar. Thank you so much. That was seriously one of my favorite beers I’ve had.

Johnny Wilkinson baby! I was indoctrinated into him being the English savior because of his Rugby acumen and he also dated Charlotte Church!

… I guess we wouldn’t be best friends if we lived next door during the 6-nations.

On a side note… I brought my British Sky+ Box with me and use it in Germany… so I have British Satellite TV in my house. My neighbors in England just tell me if anything important came and I left my British Pound Sterling account open to pay for it.

Bath is storied, I almost took a contract with them instead of going to Ireland.

Nice… if I was a world-class Rugby player… I would want to go there too… just because of how beautiful Bath is. My wife loved driving to Bath on the weekends to just walk around and get coffee. It was about an hour away.

Hah oh man, He was in his peak (RWC winning fashion). He was one of those guys that I wanted to hate, but I couldn’t deny how good he was an absolute legend on the pitch.

My issue with England is they are like the Duke of rugby because the AB’s are like UCLA of the the 60s in modern times. We could still share a few pints and enjoy the games.

That’s an all-pro move keeping that box while in Germany.

Randomly one of my favorite days of all time, my club hosted a 6-Nations party (early start time here in the US) and at half of the 2nd game I left DC to jet down to Charlottesville cause I had tickets to go to the UVA-UL game with some friends. It was the 2014 season and the game JA broke his hand, which sucked, but it was an amazing day

Hah, I was far from a world class rugger, but as a city it may be the prettiest in the UK. It blew me away the first time I saw it.If it was close by I would have hit it up on the regular too.

@BDragon - Looks like you need to try this German Chocolate variation: 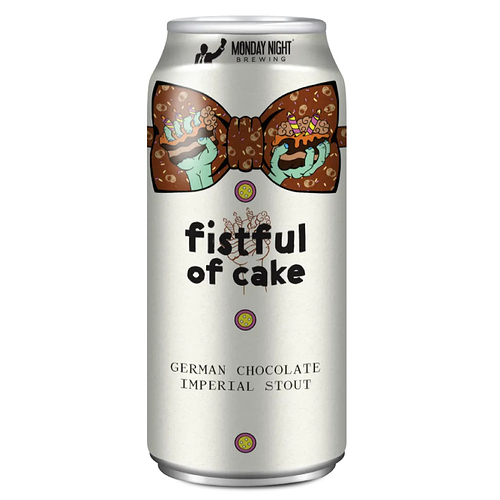 That’s awesome! Bath is a fun town and a great Rugby club. My wife was born in England and moved to the states when she was two, but has plenty of family back in England. Some of them live near Bath so we are back every so often. So, that’s my club, but have never seen a live match although I have seen them train.

Also, when I was there last summer there is a good brewing scene popping up. I love English Ales, like you’d find in any pub. Easy to drink, low alcohol and perfect at the pub before walking to an EPL match!

However, the pubs in Bath were getting a lot of stuff from Bristol, and they advised me to get down there. It wasn’t in the cards that trip but apparently Bristol is a great craft beer city.

Hah I do need to try that. Luckily Monday Night Garage is one of the breweries that is less than a mile from my house, and it’s right next to my favorite beer store.