It’s amazing that winning the ACC Reg. Season is somehow considered a down yr (I understand why, but still)…imagine that complaint before the last 8-10 yrs…

Agree with July being big. Heck Malcolm and Dre were both July guys, right? But plan A seems to be pretty straightforward. Guys we want as the top priority (or one of the top priorities) at their position until they decide they aren’t coming here. Obviously guys discovered later in the process make it so it isn’t that cut and dry (just like anything in life).

Am I correct that your viewpoint is the recruiting process has been fine (and even improved lately) and that we’ve just missed on a couple of evaluations?

Oh yea. Nice problem to have. But doubtful the ACC has such down back to back seasons again anytime soon.

My point is, just like rankings, most people mean “plan A” as being found early. All should be thought of the same.

Ok, so we’re not allowed to focus on the rankings and our collective definition of plan A is wrong…I need to know what metric to focus on to think we are fcked…tell us great one what we are allowed to obsess about!

“tell us great one”? – why so nasty, Sir? Lighten up, Francis. And, thank you, HGN for all of your shared insights and efforts.

Seriously, though, i just want tall dudes that can make the ball go in the bucket.

Edit: and more importantly stop the opposing force from doing the same.

why so nasty, Sir?

Relax Charles it was said in jest. But a message board moderator ought to know better than to tell his flock not to obsess over [whatever] because that’s what we are here for.

Edit - I’ll explain. If you diligently keep on top of that both for everyone as well as for the team overall (and ideally our opponents, but that’s asking a lot), it’ll feel like everything glides right into place.

Because you’ll be too busy keeping track of that stat to worry about the minutia, so it’ll feel like everything is just cruising along nicely.

Now that’s what i call an advanced metric.

that your viewpoint is the recruiting process has been fine (and even improved lately) and that we’ve just missed on a couple of evaluations?

They made some changes about 3 years ago, focusing more in-person attention on fewer players early on. And maybe more importantly, they stick with that until Spring at least. The consistency has made it a lot less fun lol But yeah that’s probably for the better. And then 2 summers ago we started seeing offers being withheld until they were 100% ready to recruit them. Which stinks for someone like me covering it, less to talk about. But it’s meaningless, just eliminates empty offers. In other words, every player offered is your Plan A now.

tell us great one what we are allowed to obsess about!

Stop obsessing would be the first step in enjoying it. I can speak for myself but I’ve learned at least for me, the only way to enjoy following recruiting is to quit caring about where players go. Just follow the story. That’s the only reward, knowing what happened. The players journey, understanding the work the coaches put in to make it happen. and how you felt about them along the way. Can’t really capture that reading a recap after a commitment. Virginia will get the players they should. Not getting one just makes for a bigger opportunity for the next one. It all works out over time.

Stop obsessing would be the first step

This is why next transfer summer will be interesting like this one. Not as many transfers, but I imagine kids under-evaluated at midmajors might bounce leading to a lot of talented players with 3-4 years left.

Next summer’s going to be wild. All the under-evaluated freshman are going to lol to move up and down. There won’t be nearly as many upperclassmen transferring, but I’d wager there will be a record number of freshmen in the portal.

First, the academics argument is legitimate. Do you imagine any of the players at Kentucky, LSU, Kansas, etc., who knew they were going to declare for the draft, attended many spring classes?

Are you seriously comparing us to those schools to support your contention that academic requirements hinder recruiting? What’s the excuse re: actual peer or higher institutions like Michigan, Stanford, UCLA, Cal (back in the Brown/Rabb era), UNC (I know lol)?

Also, the draft prospects don’t actually just drop out of school in the Spring, otherwise you’d see it reflected in their APRs. I’m sure they weren’t hard classes and the professors were accommodating, but the kids still got them done. As for class attendance, I bet the number of classes Hunter Jerome Guy and Diakite attended in April of 2019 were on par with Zion Barrett White Johnson Herro or Washington and probably less than Williams. I bet all of them still finished the semester in good standing.

I think that yes, academic considerations do limit the recruit pool for us, not only in terms of initial eligibility, but also projecting whether a kid can stay eligible. That puts us in with a dozen or more other schools, some of whom do beat us head to head for recruits.

There were a lot of us, including myself, who didn’t want either of the Hauser brothers during their transfer recruitment. Had nothing to do with their talent and everything to do with roster management. Didn’t mean that I didn’t love watching Sam play. 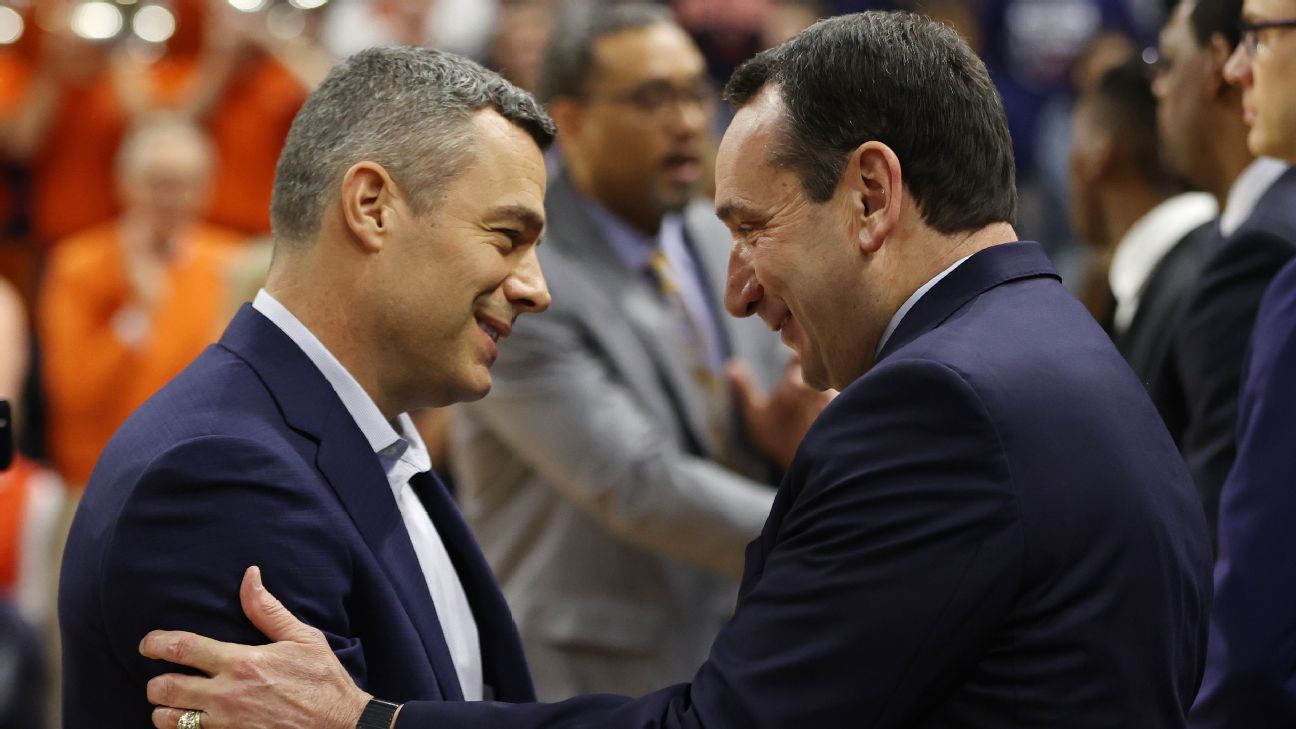 Sales pitch: Which ACC schools have the most to offer recruits, transfers?

Jeff Borzello talked to anonymous coaches about the ACC schools that have the most and fewest recruiting advantages.

Thanks for sharing that!

To be fair the question is a ‘compared to what’ kind of question. No doubt Tony kills it in recruiting compared to Jeff Capel, Kevin Keatts, and Brad Brownell. But how does he do compared to Jay Wright? Mark Few? Tom Izzo? Scott Drew (vomit)?