The first segment of his photo segment is now live. 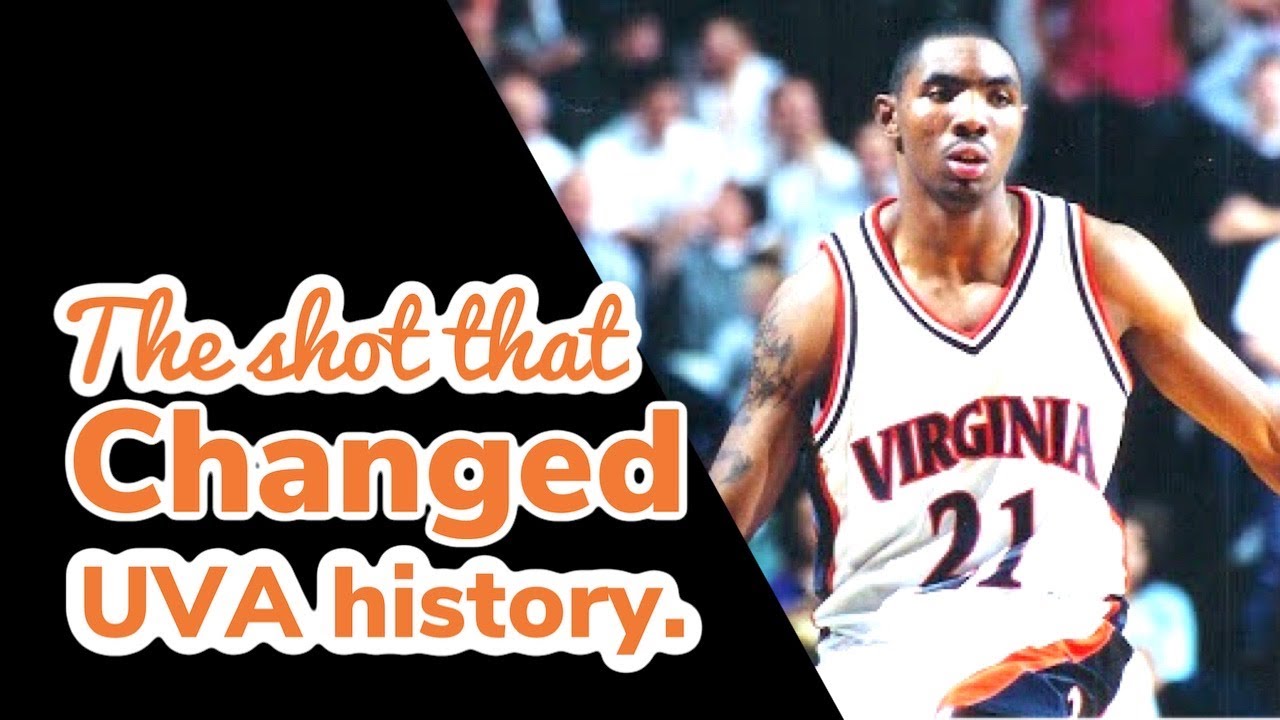 When will this full podcast be available (ie. on apple itunes)?

Awesome, thank you! And when will the Laurel Bennett drop?

We will drop Laurel Bennett when we hit 1k subscribers on Youtube… so please help us out. tell ur friends to subscribe

I have been and will continue to do so!

I’m 30 minutes in and he’s really good. Drops more unknown info than anyone else has before. 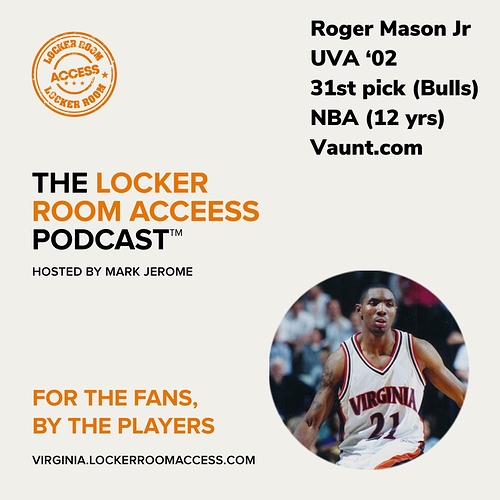 You could argue that Roger Mason Jr. is one of the best players in UVA history, but he is rarely mentioned in when we talk about the program history. Why? We jump into the Roger Mason Jr’s time at UVA, his NBA career, his decision to leave early and...

curious what kinda stuff was new for you @DurtyNellys?

Didn’t know he would have had to redshirt if he came back. I don’t remember that injury. Also didn’t know about the heart condition.
I’m not done so maybe he will later but so far I think he’s left a lot of things unsaid regarding Pete and his teammates. I had always heard he was tired of being the only guy who worked hard on his craft.

thats cool. was all new for me somehow as I didnt know his story. thanks dude

Also he had me questioning how to pronounce Touted…

The basketball program would be smart to have him around as much as possible. He’s a really impressive person.

exactly my takeaway as well. Seems like he knows Mr Barry Parkhill well

Roger Mason was the heart and soul of those teams but he wasnt considered the top dawg of his recruiting class. It was Travis Watson and Majestic Mapp. Travis was a beast and Majestic was going tu be a pro. I was at St Raymond the day he got hurt but that’s another story because I blame UVA medical staff for his recovery results. Anyway, Donald Hand graduate, who son is doing well in the Beach, and Majestic is out for the yr. Roger played point guard and his career took off. That team was so talented. People talk about Dersch but my favorite white perimeter player was keith Friel. Keith was a taller Guy. We were rolling so much that Loul Deng was close tu committing tu us and Blanchard who were both the top players for their respective classes. I having a brain fart but all we needed was a true center and the kid from Oak Hill was coming tu UVA and at the last minute he went pro. WE were always close tu taking off but something always happened. I always said Pete Gillien teams had the best UVA talent in UVA history. The players he had were excellent. They just needed more discipline and coaching. I always throw this question out. Which UVA coach had the best talent and could Travis Watson team beat other UVA teams. TB have the advantage because ge been at UVA the longest but Gillien had ballers and dawgs.

You’re remembering Diop the kid who was supposed to come, and ended up going pro to the Mavs, he was in my class, and even took a visit around when I was on Grounds doing something. He had the nickname Baby Shaq, was a legit 7-footer and round 300 lbs if I recall.

I forgot about Friel but he was solid for sure, great stroke. Those were crazy times for the Hoos. I do agree on the rehab for Mapp, I was going through a similar process around that time and still question the results nearly 20 years later. Watson is an underrated UVa beast. He got lost in the shuffle of the Gillian era, and with that running offense I wonder if it was the best use of a non-shooting athletic big, but there was a time when he was the Hoos offense based off his offensive rebounding ability. If they ran some sets for him who knows what he could have gotten done. They played Watson with the other big PF Brown, I believe his name was. That was also the class that ended up bringing Kieth Jennifer which never really gelled and he left after Mapp got back on the court.

You raise a great question about Gillian’s teams. With that open offense and that time in history there were flat out athletes all over the floor. But my man @DFresh11 sums up the offense and the potential squandering of that talent with his question of the offense.

Certainly have to ask a lot of “what ifs” about that era.

Great post Dragon. You are talking about Elton. Another waste of talent. Gary Forbes and the best if all Sean Singletary

Elton, that right couldn’t remember his first name. He was a great talent. Another big athletic 4 but wasn’t in the right system. I remember he got himself into serious shape too before his 3rd year I think. was a bull on the court, but didn’t have the system and didn’t progress his skills.