Got it. I had assumed he played only the 5 his last year so thanks for that.

I think the goal is not to go full villanova with a full roster 6’8 and under, but embrace small ball enough where we have 5 players who can create off the bounce, attack from the perimeter, and force mismatches.

HGN calling him “one of the best shooters in the country” and UVA being “in heavily” for him pleases me greatly.

Iowa mod mentioned UVa being in heavily for sandfort

He’s not going to be a point guard but but Sandfort looks as much like Ty Jerome in the way he moves and plays as anyone I’ve seen since … Ty Jerome. Wow. Those Pepto Bismol jerseys were a bold choice. Huh, Sandfort goes to high school about five miles from my house. I need to stop by a game to watch him next season.

From a Des Moines Register conversation with Sandfort:

Iowa, Drake and Washington State, who have all offered, are in regular contact.

Ask him to grow another inch or two and go on a Jay Huff diet. Love this guy.

I watched some of Sandfort’s game today. Not really what I was expecting but in a good way. Usually these 6’6 so called wings are really used as stretch fours because they can’t defend guards. Not the case with him. More Joe Harris than Sam Hauser.

Reminds me of Statts a bit with a quicker release. Doesn’t mean he wouldn’t be v3.0 when he is fully developed. If Tony is swarming him … that’s the real indicator.

To quote what @DavetheWave probably thinks when watching the below: “Look at all that transition game that was never actualized here” Mostly due to current body type, athleticism, and foot speed.

I think the Joe Harris comparison from @HoozGotNext is spot on. Really good athlete, doesn’t hesitate on those shots even with a defender nearby, aggressive to the rim. 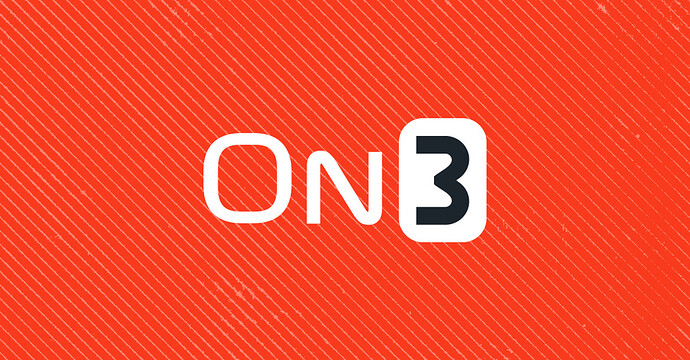 Zayden High in a recent interview said his mom’s side of the family all went to Texas Tech, UNC was a dream offer since UNC was the big program when he was a kid, and he has visits to Houston and Arkansas soon. Also mentioned NIL being important in being able to provide some $$$ for his family.

He gone gone. Onto the next one.

second only to a commitment is the player you can write off early on.

Yep. Maybe going to UNC clears the way for us to get Stevenson in 24??? @jakeweingarten
Zayden High has officially burst onto the scene in the 2023 class. After a huge weekend, he talks his recruitment with@Stockrisers. Talks Alabama, ties to Texas Tech, ‘dream’ interest from North Carolina, and visits to Arkansas & Houston in June.stockrisers.com/s/429/top-100-…
2 Likes
← previous page next page →