Long story short, I became a UVA fan my first year 2011 (Mike Scott is my GOAT). Over the years I have heard so much about the names of past and seen clips but I realized I still have never really watched any of them and have no idea who they are.

Figure I would make it my goal this summer to catch up at least partially with one old UVA player a week.

This can also be a thread to reminisce, tell any stories about the player or loved ones you watched their games with and nostalgia stories.

Also any suggestions to any one game I should watch or look up the highlights to.

Junior Burrough: Looks like he’s a 6’8 powerforward. That’s literally where Im starting at with him LOL (and most of these players. I dont know nothin). 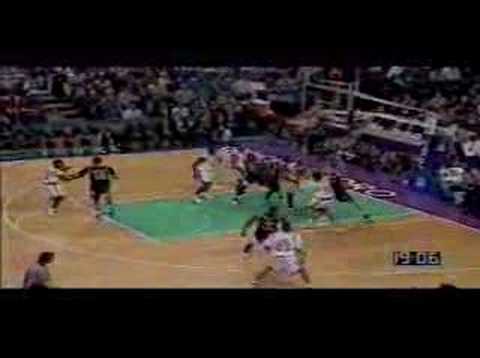 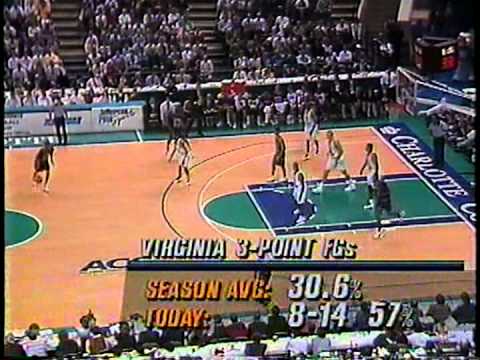 Watching those clips vs Georgia Tech, am I crazy or would Junior be a monster in the modern college basketball scene. Spacer and mobility

He banked in a late 3 to beat #2 UNC featuring Wallace and Stackhouse. It’s the loudest I’d ever seen Uhall. I put that game right up there with beating FSU in football the first time. He came up big every game that season, so take your pick… That was a really fun team to watch.

Is this the one? 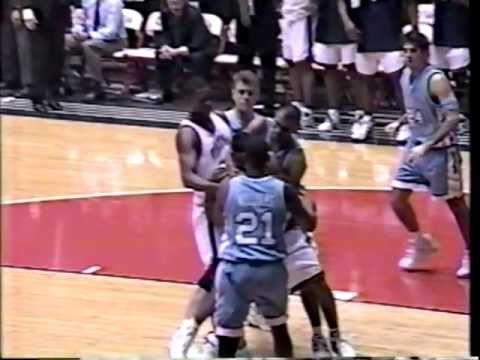 Yes!!! ACC was stacked that year and we held our own. It seemed like every team had a star on it. I can’t remember last time ACC was that loaded. Stackhouse, Wallace, Joe Smith, Tim Duncan, Travis Best, Randolph Childress, Bobby Sura… Long list, I’m missing a bunch. Best part… Duke sucked!

I’m sorry, the game was actually in 1994 when Junior banked in the 3 pointer. Carolina was ranked #4.

This thread is total Fresh and Hav bait

I remember watching the games and the announcers couldn’t say enough about how dangerous his drop step move was. That was pretty unstoppable. Best 4 man in school history.

Yup, Junior was a beast down low. And, the team was full of senior leadership. The program as a whole was on the up and up, Jones was an amazing coach… One bad class and some off the court stuff, and we were sunk. Really a shame, because what followed set us back for 2 decades… God bless TB!

Calling @DFresh11 this has his name written all over it. If we start talking Corey? Shut it t down.

LRA did a podcast/interview with him awhile back. Lots of stories in that if I recall.

Yeah I linked it in my first comment and I am definitely going to get to that (spoiler alert I havent listened to any of the old player podcasts but will use this to start).

Also I figured there would be some overlap with other players during his time here so Ill space threads more out (like every two to three weeks) and try to pick players from different eras.

My bad. I didn’t know there was a video version so skipped over that too fast and thought it was just highlights.

Exactly. His footwork was next level for a “big”.

You weren’t a kid that was a UVA fan around that time if you didn’t practice Junior’s post moves at your favorite court.

Those post moves developed over time. There were too many mid-range jump shots early in his career. By the time he was a senior, though, he had mastered an up-and-under move that worked more often that not down low.