Also as Fresh and Hav would attest to they called him “June” I believe. As a scrub fan that I was he was so legit man. So good and was undersized at (listed at 6’8” but yeah he was 6’7”). Led us to elite 8 in ‘95 tourney along with Deane, Williford, Staples and company. Was part of NCAA teams every year except freshman year when they won NIT (Stith’s senior year).

I graduated in '94 and I loved those '92-'93, '93-'94 and '94-'95 teams. They were a great balance of skill and toughness, exemplified by Junior Burrough. They were just a fun team to watch and root for because they battled so hard. I was a “casual fan” before those teams, but because of those teams, I became a “hardcore fan” ever since.

I remember calling Bob Gibbons hotline and being pleasantly surprised to hear of his commitment.

Aha - uncovered the cause of the the Hoos missing front ends of one and ones in crunch time…. It’s Williford!!! He missed 2 front ends in that Carolina game and he brought it with him in staff!!!

I can’t count the number of times I got my ass chewed out by my parents for calling Gibbons hotline. I think I called it twice the same day when Yuri Barnes committed, the 2nd time just to hear it again. Good times!

June is what we call him. Legit 6’8 and he stil plays everyday

I will also be back tomorrow to discuss our best ever BF at UVa. love all this.

It was fun times!

Aha - uncovered the cause of the the Hoos missing front ends of one and ones in crunch time…. It’s Williford!!! He missed 2 front ends in that Carolina game and he brought it with him in staff!!!

You are truly gifted. There is no thread you cannot ruin.

I took it moreso a lighthearted joke.

Im trying to think of a player with Junior’s footwork (I know the 90s fans here would say there ain’t nobody like him).

Hunter maybe? Not exactly the same by any means but the way he is able to get by his man getting the ball around the free throw line. 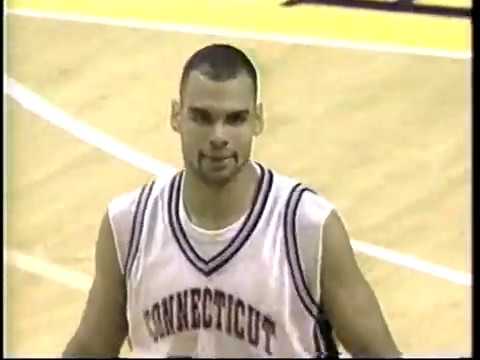 I’ve stopped responding to that Woodberry Forest guy following me around … he’s funny.

I remember the UVA defense of the time was described as “five fouls happening simultaneously”.

We played very similar to the way TBs teams play. Very physical D, only we pushed balls to the baseline help, apparently pack line pushes to the middle?

Positioning and help saved my ass on D all the time

Was Williford always a 3 on the perimeter? I thought he was a wilkins 4 type kind of guys.

Did Jones have a different defensive/offensive philosophy from Holland? Jones was a rising star, it’s unfortunate things didn’t work out for him and the program.

He played 3 from what I remember… Burrough, Barnes and Chris Alexander had the front court on lock down. Norman Nolan got a little run his 1st year.

We ran mostly the same stuff his first year as coach (JJ) as we had the entire team back in 90-91 less 2 non starter bigs.

When the big class of Cory, June etc came in we added some things that were a little more uptempo in some ways but when we had to have a bucket it was Bryant sets of course.

Maybe more ball screens on offense than I remembered before but we were alway push it, run motion, and play hard nose defense with lots of help and rotations. And we scouted other teams really well with coach Tom Perrin carrying over from Coach Holland

Jay was kind of between a 2 and 3 his first two years. By his third year I think more 3-4. He could guard the 4 in some cases for sure. Offensively he became good around the basket and was a great offensive rebounder (and D) at his size. Jay always had amazing hands and great position defender

Edit: Cornall and Jay started as 2,3 my last year and were pretty interchangeable and I could sub 1,2 or 3 and we adjusted.

When Williford was a senior in the 1995 NCAA tournament run, he was playing as a 4 in a 3-guard lineup that included Cory, Harold, and Staples (and Junior). 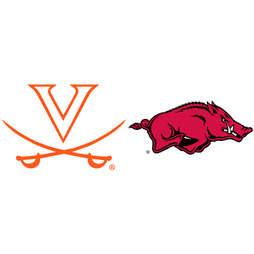