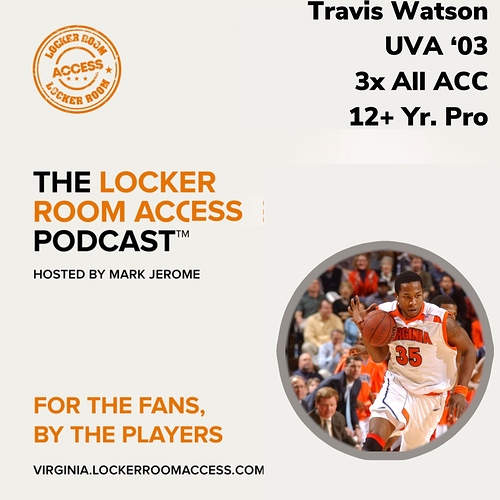 This week we have a one of the best big men in UVA history join. We take a different order this week as we’re on Italy time. Fresh jumps in to ask about his Mount Rushmore. Willie Dersch Joins the podcast to catch up with Travis and we walk through...

@Merch I keep hearing you ask the OCONUS players whether the police profile in other countries or carry guns. As I travel extensively for work through EMEA, I can tell you it varies differently depending on the country AND the region in the country. I think we can agree that is the case in the US.

When traveling to Afghanistan… they racially profile the Chinese due to Chinese telecom companies winning large infrastructure projects and importing Chinese workers to complete them, then leaving there as immigrants. This has caused a lot of poverty within the Chinese population. As a Korean-born adopted American sitting in the car with other Americans, I could just sit there while everyone else in the car would be searched at checkpoints as they thought I am just cheap Chinese labor and would have nothing of value.

There is profiling in UAE, Kuwait and Qatar when I travel there in the sense that if you are not part of the Royal family of each of the Emirates, you are treated like a second class citizen. There was an American I knew in Kuwait that was run over by a Kuwaiti national… the police will look the other way.

In Germany around where I live, the police carry weapons in the State of Rheinland-Pfalz… but some states have different rules here.

As for profiling… I have friends in Southern Italy (near Naples and the Amalfi Coast) when I travel down there that tell me the police profile quite a bit … but in Northern Italy (Pordenone/Venice/Vicenza area) there doesn’t seem as much up there.

I really think it is tough to generalize “Police” and “Europe” or “Middle East”… I try to get my European friends to not generalize all Americans as we are so diverse in thought and action across so many geographically different areas… so I’m writing here to make sure we don’t fall into the same trap of generalizing Europe and the Middle East as single entities the other way.

As for the podcast itself… I love Travis Watson… I was there for the majority of his time at UVa and he was my favorite player. I was glad to hear his story and how happy he seems to be!

I’m not sure it varies state to state in the US. If you’re black, you probably have a negative feeling towards the poice and for good reason.

Yea, I didn’t mean to generalize, but most of the players play in all different countries in Europe…point taken though.

Loved this podcast. My daughter cheered at UVa and was Travis’s year. We loved Travis, the rebounding machine. It was stunning to see how he got in and rebounded the ball. How did he do it so consistently? It seemed odd when someone outrebounded him. If that happened, my first thought was “Is he injured?” Rebounding was only part of his game, of course, but it was an exciting part because it was so consistent. He just knew where to be. Thanks for having him on.