Good stuff from Dave and the managers to start your morning. Watch the whole video til the end 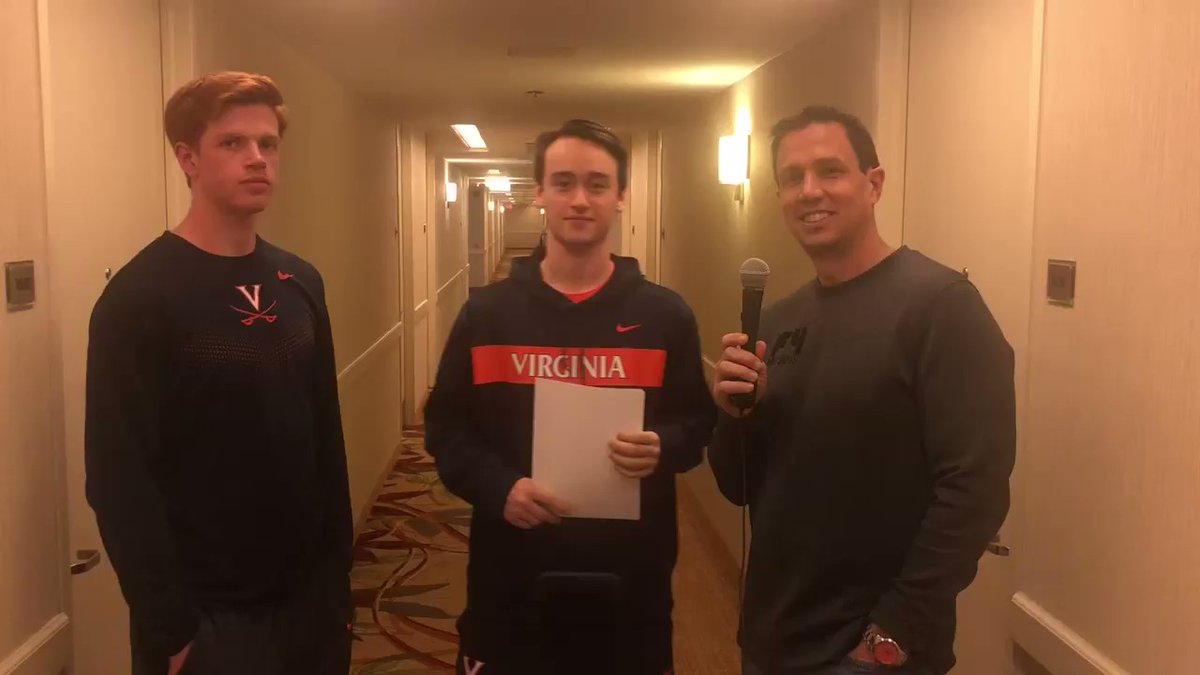 Back by popular demand, this week’s @SigoraSolar #SceneSetter shows you what the team hotel routine is on the eve of a road game. @uvambbmanagers show us the way. Warning: Not suitable for all audiences. 😬 🚨 #SaveWithTheSun #Gameday #GoHoos https://t.co/1Llbmioif2
5 Likes
Benrekosh February 22, 2020, 4:23pm #2 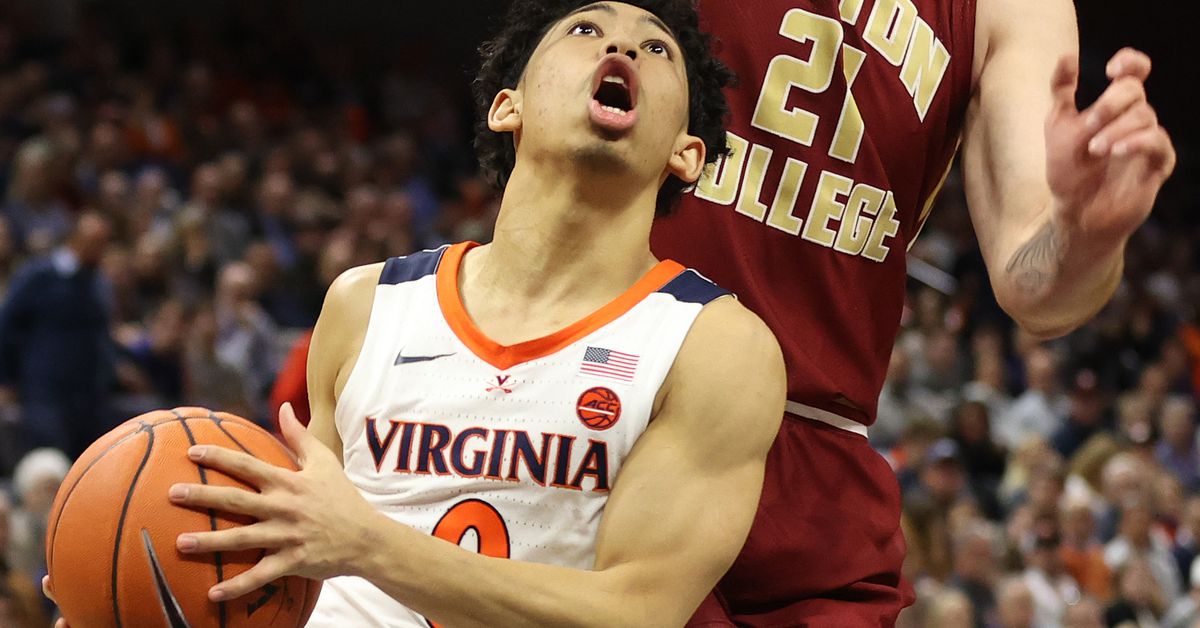 With just five remaining games in the regular season, the Virginia Cavaliers currently sit in fourth place, with a two-game lead over NC State for the ACC Tournament’s coveted double-bye. Two...

Casey warming up per someone at game. Status tbd

This’ll be a contest between two teams on two very different trajectories. In Virginia’s last eight games, they’re 6-2. In Pitt’s last eight, they’re 2-6. At 15-12 overall, the Panthers have been on a sharp decline in play since conference play started in earnest, at 6-10 in the ACC. That said, they did upset Florida State in the first game of the season back in November, so this team is still capable of staying competitive against superior teams.

The Panthers are led by guards Xavier Johnson, who averages 11.8 PPG and 5.1 APG, and Trey McGowens, who scores 12.1 PPG, along with wing Justin Champagnie who racks up 12.4 PPG and 7.2 RPG. With Chapagnie, at 6’6”, primarily playing the four, Pitt is relatively undersized compared to the ‘Hoos. I expect to see Diakite matchup on Champagnie, and for Clark to take on McGowens. Coupled with Champagnie in the front court is 6’10” center Terrell Brown. Along with being on the small side, the Panthers are also quite young, averaging 1.15 years of experience as they’re the 315thyoungest team in the country.

Offensively, the Panthers are rated at 105 by KenPom(118th), and similar to the ‘Hoos, are an awfully slow-paced team, 330th slowest nationally. They also struggle mightily shooting the ball, at 29.4% (330th) from deep and 45.5% overall (332nd). In fact, nobody on their team shoots better than 34.5% from deep. That said, they are a proficient offensive rebounding group and bring in 33.1% of their own misses, good for 37th nationwide.

Contrarily, on the defensive end, the Panthers allow a 34.4% offensive rebounding rate, which is 348th in the country. That said, they love to be aggressive trying to clog passing lanes and disrupt ball handlers. As a team, they boast the 21st best steal rate in college basketball, but also do so without fouling, as their foul rate is 25%, 26thin the country. This has all contributed to their defense being rated 97.9 by KenPom, 100th nationally.

Virginia will win if: They can hold onto the offensive rhythm they seem to have found over the last few games. They’ve been able to incorporate everyone offensively, and have found ways to score at every level. While the extremely efficient shooting night on Wednesday likely won’t be replicated, if the ‘Hoos can maintain that offensive flow, I don’t see the Panthers standing a chance.

Pitt will win if: They force Virginia to turn the ball over and then make shots on the other end. They lack a legitimate post presence, so the guards have to carry the load, and to beat Virginia with guard play, shots are going to have to fall and fall consistently.

The ‘Hoos will slow up a tad on the offensive end, but they’ll play within themselves and will keep Pitt from getting comfortable on the other end.

Didn’t have time to get this up on the blog 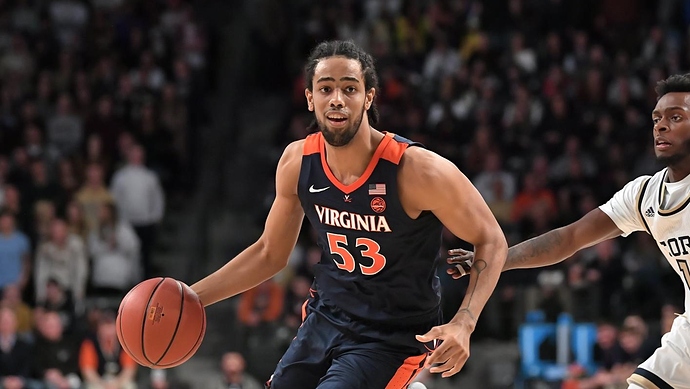 Likely the most enjoyable win in a while, Virginia’s drubbing of Boston College was the epitome of this team’s recent offensive outburst. 6-1 in their last seven games, the ‘Hoos are in a groove heading into the final stretch of the regular season.... 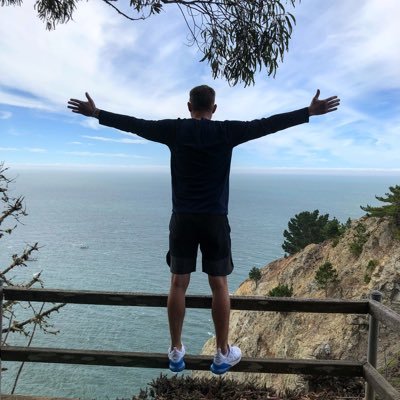 Jay with 2 fouls. Unfortunate. Also the turnover bug is back.

Caffaro is just simply not doing a good job here. I don’t know how else to put it

If you say you have never seen CTB play someone with 2 fouls in the first half, well you have now. Key stretch for Jay.

I don’t care for these announcers. Not calling the game at all.

Pitt getting in the lane too easy and we are giving up way to many offensive rebounds and simply being outhustled to loose balls. And… we still have the lead

They’re fine. Not as bad as the ACCN ones

Two terrible shot choices to end the half from Huff

Buck up @Benrekosh we are winning, shooting well, and Casey is back.

Despite being terrible on offensive glass and early foul trouble.

Also Pitt got to the rim a little to easily at times.