Thank you to all who have served. Great job KG.

"Probably one of the best things of my life that I've done and ever will do, is serve in uniform." In honor of #VeteransDay, @kylejguy hosted a virtual dinner to learn more about the brave men and women that serve our country 🇺🇸 View the full video 👉 spr.ly/6013HDuh5 https://t.co/wqSHWlbeAB

Happy Veteran’s Day to all my brothers and sisters in arms. 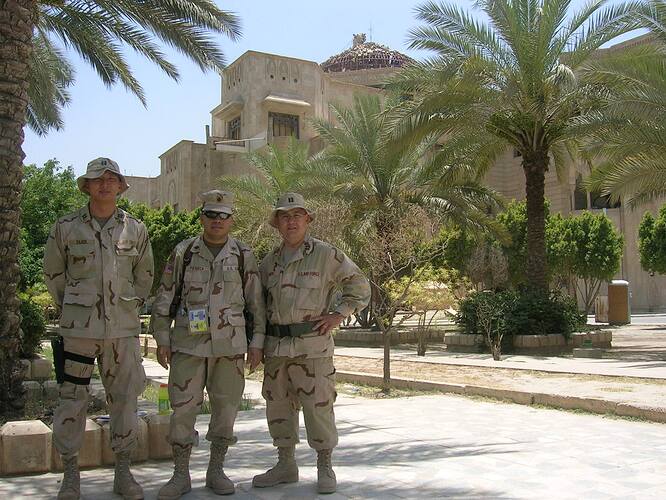 Let me put this reply into context, because it’s not only about hoops. It’s about the indignities that some veterans have had to face.

In the 1960s I registered as a conscientious objector to military service. I wanted to do constructive things, not to make war. At the hearing for my case, the draft board told me that the work I was doing as a special education teacher would already count as my alternative service. I have been doing it ever since.

But my decision and position means no disrespect for the women and men who serve in the US armed services. After the “Star Spangled Banner” plays at sporting events, my long-time roommate and I often turn to each other and say, “Thanks, Dads,” because both of our fathers were members of the military in WWII.

Also, however, I want to acknowledge my respect–yeah, love–for my late friend and neighbor, Curtis, who served during the Korean conflict. When he returned from Korea, he went to work for UVA’s hospital, supporting research in the medical center (he even had his name on a publication or two). He was ~15 years older than I am, so this would have been the 1950s in C’ville. Think about what that era was like if, like Curtis, you were a black person…think about it for just a moment or two…or an hour.

One night, when he came to our house (four doors down from his house) and we ate fried oysters that he had brought from his place “on the river” (meaning near Deltaville), he told a story. Soon after returning from Korea, he said, he got on a bus in C’ville and sat down. The driver (a black guy whom he’d known from high school) told him, “Curtis, you know you can’t sit there.” Curtis didn’t budge. The driver said he wasn’t allowed to drive the bus with him sitting in one of the front seats. The driver got off the bus and summoned a police officer. The police officer, whom Curtis knew from school, too, said the same thing as the bus driver. “Curtis, you can’t sit there. You’ve either got to go to the back or get off the bus.”

With tears in his eyes, my 80-year-old neighbor–an upstanding and deservedly proud man who had served his country, who later owned a lot of properties around C’ville (including the house Benjamin Tonsler built), who was much loved by customers at the city market, and who was retired from UVA–told us that he got off the bus and walked home.

Before he passed, Curtis was my guest at a few UVA games at JPJ. He did cheer happily and strongly for his 'Hoos.

Doing the mailbag article and found Jazz’s twitter. You have a new follower, sir. Thank you for your service!

Absolutely. Thank you Jazz Nut and you have a great story and great interests even if you dont drink Coors Light

@HoozGotNext Thanks for the follow… you won’t see much out of me on Twitter. I’m a lurker most of the time. What Are You Doing This Memorial Day? Try the Murph!

Over the past decade in many Tactical Fitness circles, members have been doing the Memorial Day Murph.