Why did Bryce Hall Fall So Far & How does He Fit with the Jets?

His injury was an issue, but that’s not the only reason a first round talent fell to the fifth round: 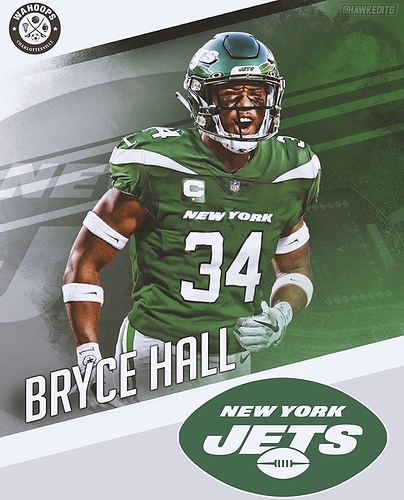 Why did Bryce Hall Fall So Far & How does He Fit with the Jets? - Locker...

Nice write up on Hall and what happened to him in the draft. From what I’m hearing from people and from my own research you pretty much nailed it on why he slipped.

A lot of it was straight dumb luck with uncontrolable circumstances. He got hurt on a fluke play and has major question marks next to him in regards of his health and recovery. COVID-19 forced him to miss all pro-days, in-person workouts/meetings. That led many teams to fall back on the tangibles they saw in prospects- gamefootage, and the combine, if they attended. Hall doesn’t have much film from 2019 and didn’t work out. Jake Fromm from Ga. fell into a similar yet different position. He has the film but is not a physical specimen and without in-person interviews he couldn’t show teams his field IQ. Bryce also possess a massive football IQ and understanding for the game but was unable to show that off to coaches during the upended scouting process.

You also hit on a point that was often passed over when it came to Hall and his ability especially on UVa boards. Bryace’s skillset creates a bit of a scheme issue. Even before the injury he lacked elite speed, hip mobility, and fluidity in his game. He wasn’t bad at any of those, but they weren’t the strengths of his game, and the UVa scheme allowed him to hide some of that because he was in zone. Zone highlights Bryce’s best attribute as a corner reading a QB’s eyes and then making a play on the ball while in the air. He won’t be able to do this as when playing in a man-to-man scheme and being forced to read the receivers eyes and body. He is capable of doing this but it’s not elite.

Personally I wish he had landed somewhere else other than the Jets. I think he can compete and earn relevent snaps on the field. I also have little faith in the team truly developing and harnessing his talent. Gregg (the extra ‘G’ stands for genius) Williams is a defensive coordinator retred who has seemingly coached half the NFL at this point and outside of a one off stint with New Orleans he’s yet to develop a dominent defense.

All-in-all Bryce needs to get healthy and come into camp in the best shape he can possibly can. Thanks to COVID, training camp likely not be it’s normal place adn there won’t be the post draft mini-camps that traditionally take place in May and June. So he will have to hit the ground running.

you guys should be on Espn but prefer yall on LRA!

I’ve worked with a few ESPN affiliates over the years and worked with several who went on to full time at ESPN. I’ll take the LRA crowd over that anyday.

I won’t argue with that. I don’t agree with Bronco’s philisophy when it comes to putting everyone on teams. It’s too risky especially when you have a small talent pool.

He followed up getting drafted to the nfl by gettin engaged 3 days later: 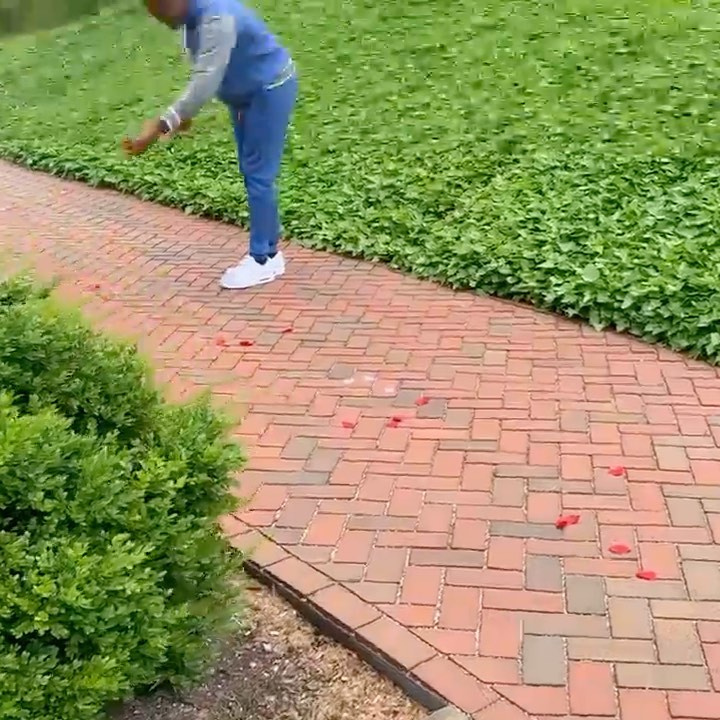 There isnt anything anybody can explain tu me

special teams isn’t for special players, that is ridiculous. Image the pre-draft report, Hall doesn’t play special teams … would you then criticize Bronco for that?

It’s a total crapshoot. I don’t agree with using everyone on teams but it’s not an uncommon practice at all. Urban Myers does it, Pete Carroll did it. I remember when USC came to play UVa they basically had their entire starting D on kickoff coverage.

I get why coaches do it, as a coach I’m extremely hesitant to do it because I believe every player has a bump card and can only take so many bumps in their career and it’s up to a coach to protect them.

Come on now. Looking at a mere part of coach Mendenhall’s full approach is not objective. And looking back, after the fact in an instance where one player got hurt, From picking jersey numbers, to will over skill, to playing his best players on special teams, etc., Mendenhall follows and practices warrior traditions. He has studied warrior traditions. He wins with his approach. He wins with less athletic players. He wins consistently. HE WINS! HE WINS! HE WINS! If you take bricks out of his wall that allows his teams to win, the wall falls as does WINS! It is the big picture. And playing his best players on special teams is part of the big picture. It makes our special teams better and WINS very close games where that extra edge on special teams WON the game.

I also wish the best to Bryce in the NFL. I still believe that he did very well under the stewardship of Mendenhall and is in a far better place than the majority of football players that were ranked similar to him out of HS. both as a man and professionally (having been drafted in the NFL).

It’s always good to critique and question the coaches. And there are more than one way to coach and to win. For me, I don’t agree all of Bronco’s coaching tactics, both as a coach and as a player they would have rubbed me the wrong way, and I’m someone who is used to winning and has done a lot of it, so I take that as proof there is more than one way. The special teams thing, like I said I get it, it’s low on my list of grievances, a lot of coaches do it. What happened to Bryce was a fluke and it was unlucky.