Pete nance highlights. UNC fans realize he isn’t Manek stretching the floor at all and wouldn’t be surprised if he doesn’t start/is their 6th man and back up center with. That being said he absolutely looks like a guy that will make Jayden Gardner’s life hell/if our plan to beat UNC revolves around Jayden then we are screwed. Jayden of course will carry us in a lot of games but the UNC game with their size inside could be a struggle fest like last year. Could be Traudt’s break out game a la Jerome vs Villanova. Has both the size, rebounding, and 3pt shooting to take their bigs away from the paint/put them out of position and get them in foul trouble maybe.

UNC vs UNC. Why even have refs?

Are you basing his lack of 3 point shooting from these highlights, which show Nance taking and missing one 3 pter? Or is that conclusion from other sources? I’ve never looked it up, but I keep reading preseason previews for UNC that claim Nance shot in the 45+% last season at NW. He definitely does not look like that kind of player in the highlights from the Blue:White scrimmage.

The chatter they get from practices over the summer. He’s a capable 3pt shooter but not a heavy volume shooter. Think they are looking more for Puff (Cam Johnson’s little brother) to fill that role but also not as heavy a shooter.

Nance is more athletic than Manek and a better defender though. But if they go Nance Bacot, I hope we respond with BVP and Traudt like how we used Hauser and Huff to make Bacot/Dayron Sharpe’s life hell and Huff/Hauser even were getting a lot of rebounds since their bigs couldn’t just sit in the paint. Or Kadin Traudt if Kadin is shooting 3s.

Going with Kadin, Caffaro and Gardner heavy minutes last year definitely did not work. Disappointingly ineffective against Bacot inside and we could not cover their outside shooters. Hopefully no Manek, improvement from Kadin, and some outside shooting from BVP and Traudt will significantly change the dynamic because I really enjoyed our prior dominance of UNC under Bennett.

Yes. Having Manek on their team REALLY spaced the floor so it was difficult for us to double the post or grab the rebounds last year. That’s why Elbows-Bacot was able to get a double-double when in years past with more *interior guys clogging up the lane, he was not able to.

Not sure where to drop this, but this seemed to be as good of a thread as any. Mike Rutherford is a great follow and funny dude. Doesn’t take himself too seriously. Very sad to see this. Send some love his way.

edit: should mention he’s a Louisville beat writer and heads up the SB Nation Louisville page. @CardChronicle
I’ve talked about this a little bit on the radio show, but with the season coming up, I figured I’d better address it head-on here: I’ve been dealing with long covid symptoms for the last several months. It has sucked, and it continues to suck.
10 Likes
Hooandtrue August 30, 2022, 10:55pm #28 Hope he recovers in time for the season. He seems legit, and while I get annoyed that all these kids think Duke is the cat’s pajamas, I am looking forward to watching him play, and he’s got high lottery potential. Tangent - but seems like the top end of the draft (like top 5 or so) will mostly be non-college this year. Wembanyama, Scoot, Thompson twins**

If those old dudes know anything about The Tompson twins beyond “Hold Me Now” the jokes on them.

Total non-sequitur. The best twins in professional sports ever were the Sedin twins in hockey. Drafted 2-3 in the 99 draft by the Vancouver Canucks. Played different positions on the same line for 17 years all with the Canucks and both inducted in the Hall of Fame this year.

The best twins in professional sports ever were the Sedin twins in hockey.

Weren’t there three of them:

The Wear twins never really happened. Apparently Boozer has twins. Off the top of my head, I’d say the Lopez twins are the best.

LOL. Sabre 2.0. Grown men begging other grown men for information they don’t actually have in the TJ Power thread is far more offensive than my post.

I would absolutely hate being the 3rd triplet to a pair of best ever at their craft siblings. The twin to a much more successful sibling is reasonably understandable, but being the black sheep triplet ugh…

Non-sequitur again. Wonder what the Jon and Kate plus 8 kids are up to these days. Or Melvin Mora’s quintuplets. 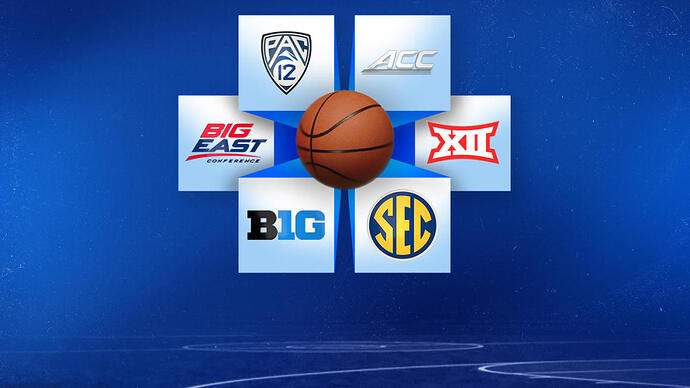 Candid Coaches: Which conference will be the best college basketball league...

We asked coaches which conference will be best after Oklahoma and Texas head to the SEC, and UCLA and USC head to the Big Ten @3MW_CBB
UNC lands at the #4 spot on our Top 40 countdown! The Tar Heels return the vast majority of their production from a surprise Tourney run to the National Title game. What does Hubert Davis have in store for Year 2? Pre-order The Almanac for a deeper dive: thealmanac.gumroad.com/l/almanac https://t.co/teRr8SWnjE At least TJ will get to play with the son of a Hoo.

BC doing their best to get rid of the curse of Al Skinner (basically, that they’ve stunk since they got rid of Skinner)

@BCMBB
Honored to have Coach Skinner and Marc Molinsky ‘95 at practice this week 🦅 https://t.co/8bPolMVpfZ