In the age of positionless basketball are the 5 positions still relevant? Ive seen some debate that maybe we should transition to 3 positions: combo guards, wings, and hybrid forwards. But then it leaves the debate for players like TJ Power; there are still players who could classify as more than one type of player in the new classification system.

I think the only thing we can have consensus on is that 6’10 players who think they are pgs just because they can dribble and pass the ball are stupid.

Which one do you prefer?

Are the 5 positions still relevant in modern basketball?

For those who watched Jason Williford, what position was he?

I think I mentioned to you before but I still prefer a traditional PG as long as they can shoot. I’ll take the combo/hybrids at the other four spots though.

Watch Ty Jerome play basketball. That is a point guard

Edit: I know you know the answer but it is pretty un complicated really

Handles of course and the ability to guard one of the other team’s guard typically.

But really it’s the addition of the intangible abilities to set up teammates with good shots within the confines of a particular offensive system and the leadership skills to function as an extension of the head coach on the floor.

You don’t necessarily need your PG to be that dude, but when he is it’s exponentially more beneficial in my opinion.

I will add its the guy that “gets you into your offense”. Every pass the PG makes doesnt have to be for an assist but every pass sets the tone. My boy Jerry Meyer said it really well, gives the ball energy or some shit.

The way I think about positions is that your defensive position can be separate from your offensive role; like a variation on “you are who you guard.” There’s an old article by now-Celtics analytics guy Drew Cannon that talked about this: Basketball Prospectus | Articles | Five Players

Ability to run the offense and have court vision

My thought is that modern positionless basketball has two generic positions that most players fall into… Combo Guard/Wing & Hybrid/Forward… but there are still players that fall into the old school designations… and you need at least two PGs on your team… and there are definitely Cs out there as we’ve seen w/ Caffaro and Salt.

So would a good breakdown of a 13-man scholarship roster be?

Random/luke warm take. I think having a modern 4/5 may be the ultimate catalyst/gamechanger in college hoops. Because so many teams have gone wing/combo heavy that a true big is the only place you can find true competitive advantage.

Buchanan is interesting because he projects to be more mobile than a classic center but isn’t a stretch big type of player. Stephen Curry Agrees That He Is Not A Point Guard: "It Doesn't Really Matter...

There is an argument to be made that Stephen Curry is the greatest point guard in NBA history. There is no doubt that Curry belongs in the argument with

With Sencire Harris (Illinois commit) out with injury, McKneely spent most of his last aau summer playing pointguard.

A lot of high level vision here. More vision here than in the clips of the actual pgs we have offered and comparable vision to Trey Green.

Mentioning this because the staff have also been raving about his playmaking ability. Instead of taking a filler pg between Reece and probably Ty Davis, McKneely might be that inbetween pg. Would also selfishly (for my own pleasure) let us take Cosby and Gertrude and develop Gertrude into a pg as well over 2-3 years (Again, it’s Donovan Mitchell. He needs to be a pg to make the next level. And him having the ball in his hands making plays maximizes that skillset). 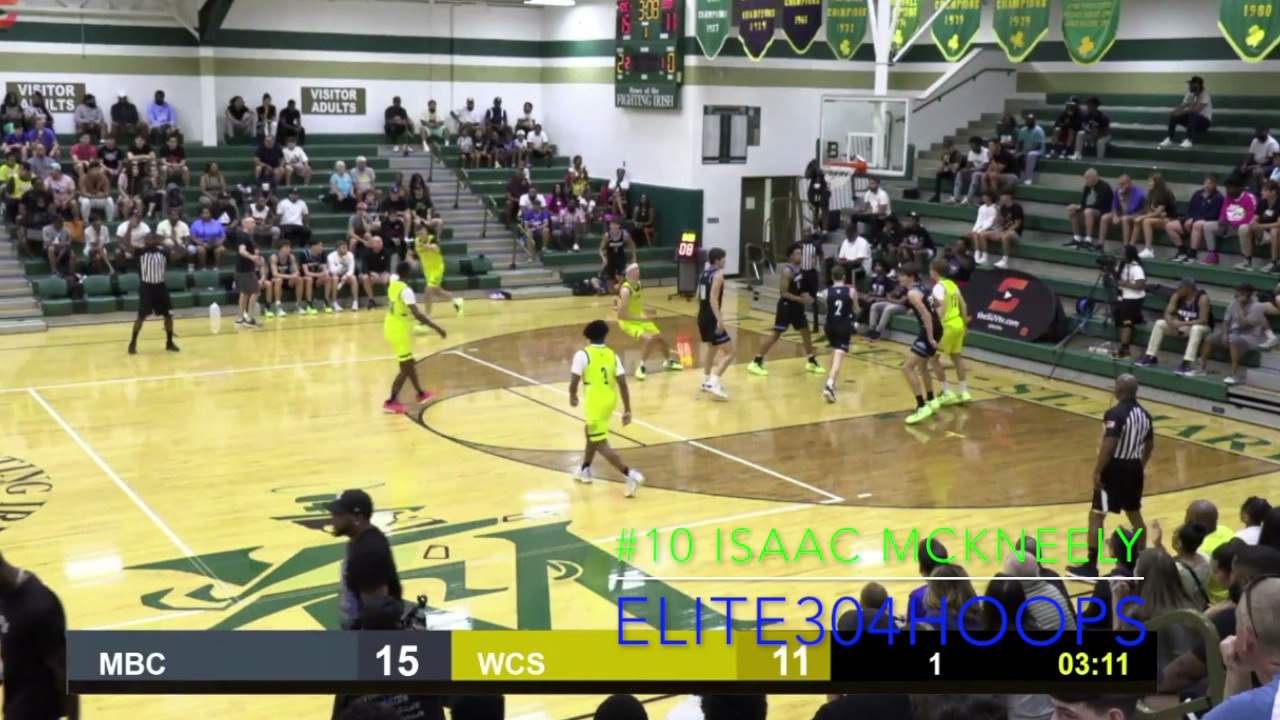 The point guard is the most skill specific of the positions. He/she must be able to get the ball up court under pressure, set and lead the offense, set the pace for the team as directed by the Coach, create scoring opportunities for other teammates by passing or dribble drive/passing, and desirably be an excellent free throw shooter. In Coach Bennett’s scheme, protecting the ball is of major importance.

I think Bennett likes at least one other guy on the floor who is good at handling the ball under pressure however the four non-point guard positions can be something of a blurry overlap of skills and physical traits. What was Dre? I think Leon Bond and Ryan Dunn are going to be multi-positional guys. I think in Tony’s scheme that TJ Power would be undefinable in his role, which is why he’s such a desired commodity. @jwherron10
Stretch bigs aren’t 4s anymore. That big athletic wing who can handle will have to play some 4 now. SF and SG are interchangeable now. Lead guards have to be able to score. Instead of trying to lie to about positions labeled 50 years ago embrace change & play to strengths!
2 Likes
Hooandtrue July 31, 2022, 11:38pm #20

During the NBA bubble playoffs, many attributed the Lakers run to moving Anthony Davis to the 5. Does that mean Anthony Davis’ position is Center?