Alright, I did this last week, and it seemed to go over well, and it felt good going 3-1, so I’m back again picking a few games for entertainment purposes. Let’s see if I’m actually a savant or just got lucky.

Wake Forest +1 vs. NC State: The Wolfpack have not gotten off to a good start to the 2020 season, and they haven’t even played a game yet. Last week’s opener was postponed, they’ve had interruption to trainings, there’s a lot going on down in Raleigh. Wake Forest was the first ACC sacrifice to Clemson last week. On the positive side, things can only get easier for the Demon Decs as they move forward. Call me old school, but I think there is a huge advantage to having live reps under your belt. Combine that with the fact that Wake tends to be an overachiever and I like them to cover the +1 on the road.

Georgia Tech vs. UCF -7.5: It’s week two paragraph three and I’m already contradicting myself but oh-well. Georgia Tech got their season started last week with a spirited effort on the road again FSU. It was an ugly game but the Yellow Jackets pulled the upset, getting the cover and the win outright. Now Central Florida is coming to town. The Knights are still that plucky team from the Group of 5 who think they can make the playoff, and with the abridged season they only get one shot at a Power 5 team, sorry Ramblin’ Wreck. UCF had 10 players opt out of the season, but they are still carrying a lot of firepower and they desperately need to win and win big if they want to sway opinions Georgia Tech’s time is coming, but they don’t have the firepower to keep up in this one. UCF covers the -7.5.

Tulane -7 vs. Navy: Tulane played one of the more exciting games last week from a viewing standpoint when they staged a tremendous second half comeback against South Alabama. The Tulane offense seemed to find their stride and proved they can score in bunches when called upon. Navy will deploy the usual tactics of option football, and controlling the clock. However, Tulane should have an edge on both lines and as a result control the tempo and the game. 7 points is small enough that the clock and time of possession should not play a major factor into this game. Tulane covers the -7.

Syracuse vs. Pitt -21.5: Cuse kept it close for 3 quarters against UNC last week, and then got trounced in the final 12 minutes. The question is what is the real identity of the Orange? The answer is likely what we saw in the fourth quarter last week. Syracuse is a team that is going to struggle mightily at times this season, especially with a shaky O-Line. When you have a 3-1 turnover edge and still get blown out, times are tough. Pitt looked like world beaters last week, but they were playing Austin Peay. However, I’ve always had a saying “You beat bad teams badly.” Sorry Austin Peay fans, but they should not be able to hold a candle to any Power 5 team with aspirations of post season life. Pitt took care of business and was swarming on defense. That defense is going to punish Syracuse and hold their rushing attack to less than 100 yards for the second consecutive week. Pitt covers the -21.5.

Extras: I wouldn’t bet this game because I don’t have a great feel for it, but Miami traveling north to take on Louisville is extremely intriguing to me. Both teams played well last week. This will be a good test to find out if the Miami D’Eriq train is worth hitching a ride on this season. Louisville is a 2.5 point, that’s awfully close to a pick’em in a normal year with full stadiums, I’d say that’s the boast a team should get from playing at home.

we ride with The Dragon

If you go 3-1 again we’re moving this to VIP content. ha!

Ha if I go 3-1 again. Then @Merch just found the easiest way to monetize this bad boy. Gambling sells.

Well once again Tulane with one of the most exciting games of the weeke… this is so why I hate gambling. Talk about a bad beat

That was a tough one for sure. Last week, I took the over on Travis Etienne 149.5 (Receiving + Rushing yards) and he goes for 149. LOL 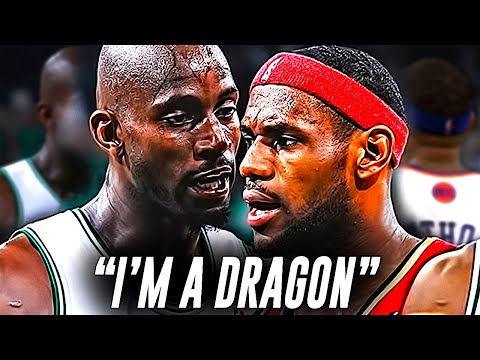 Facts all around. The wake line moving is surprising it had been steady since opening. The Miami line did the same they hammered it down a point.

Navy legit shocked me. I jumped in the car to leave the gym saw thw score 24-0 and said no way Navy knows how to close that gap… damn

GT held close to UCF but they were on a mission and ran it up a bit in the 4th thanks to GT turnovers.

If you pushed me the Pitt line was my shakiest. Thought they may have trouble putting up points in bunches but also wasn’t terribly far off

I can live with going. 500 esp after the bad beat on the Navy game. Welp hope no one bet the mortgage based on my picks. Rough weekend going 1-3 amd bringing the record to 4-4 on the season.

On a side note I’m officially rooting for Army this year.

its going to be a rocky season. With the start stop nature. Teams with 2 games under their belt playing guys who haven’t laced it up all year. Crazy times. Getting aomw Big10 and maybe Pac12 games on the board will help with options at least.