Exam break is never a break for the coaches. They’ve been on the road recruiting all week. Their focus is on maintaining position with Class of 2021 targets, with a little early evaluation work for 2022 sprinkled in.

Tony Bennett’s only stop that we’re aware of was in Richmond on Wednesday for prized center Efton Reid. It’s the boss’s third time at The Steward School since the recruiting period opened in September. Efton visited for the banner raising ceremony, and returned for an official on the weekend of the home opener in early November. Needless to say, he is a top priority. Congrats to the big fella for eclipsing 1K career points yesterday!

Coach Williford has been a busy man, starting last weekend when he attended National HoopFest at DeMatha (MD) Top guard target Trevor Keels was the main attraction for UVA. He had himself a weekend too, averaging 29 points in two games against top competition. At an event loaded with elite prospects and nationally ranked teams, it was the Paul VI (VA) junior guard that became the story. He’s since been offered by Michigan and Duke.

This week, Williford made a long road trip to check in on two established targets and possibly a new one. On Monday, he was in Long Beach (CA) for wing Peyton Watson. You might remember Watson canceled a scheduled official visit for November. On Wednesday, Dallas was the destination for highly ranked forward Harrison Ingram. That’s the new one. In between was a stop in Arizona for recent official visitor DaRon Holmes. Williford wasn’t alone there. He was joined by our own Ty Jerome, who came to hang out with his old coach and hopefully make an impression on an important recruit along the way.

Yesterday, there was an assistant reported in Pennsylvania for point guard Stevie Mitchell. He doesn’t have an offer yet, but that’s the third time now they’ve gone up to see him. Maret (DC) wing Quincy Allen is in the same boat. No offer, yet the coaches repeatedly check on him as Williford did last Friday. Pace (GA) wing Mathew Cleveland is another. They recently saw him. All of them are essentially being recruited. Bennett will have to decide on offers by April’s evaluation periods. it’s just the product of a complicated guard situation that should gain some clarity by then.

Virginia hasn’t made any offers yet to the class of 2022, but there’s some early action on that front. An assistant was in West Virginia on Tuesday for guard Isaac McKneely, who visited for the Columbia game. As well as in Minneapolis on Wednesday to watch already heavily recruited guard Tre Holloman.

And it looks like we have a breakout class of 2022 star in our backyard. St. Anne’s-Belfield guard Justin Taylor gained national attention at the Sleepy Thompson tournament last weekend, attended by Coach Williford. The sharpshooter was given a top 50 ranking by 247Sports after guru Evan Daniels watched him there. He visited for the home opener against James Madison, and will no doubt be a name we hear often in the year ahead.

PS: If you haven’t been following Zach’s breakdowns of the Virginia offense, they’re pretty terrific…even if a bit of a downer at the moment. 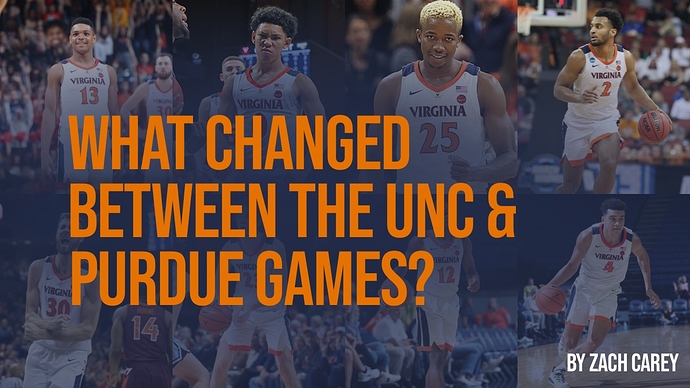 What Changed Between the UNC and Purdue Games - Locker Room Access

The Virginia offense hasn’t been good this year. It just hasn’t. They lack a go to scorer and, as we all now, the shooting has been atrocious. But, part of the problem has been that the personnel don’t match up well with the schemes. ...

Here’s one I missed. Probably Williford yesterday in DC for the Gonzaga Classic. I don’t think there’s anyone in particular there he’s looking at. Just a good event to hit to scout out, especially younger guys.

Thanks for sharing this. I always look forward to your recruiting recaps. Looks like our coaches are targeting some great players for the upcoming years.

@hoozgotnext thanks for the shoutout!

Think we get involved with Donald Hand Jr at some point?

Oh yeah he’ll get a long look. He plays with Nickel and Justin Taylor on Team Loaded, assuming they all stay put. Heck of a 15U squad last summer.

Coach Vandross is in Fort Myers for the City of Palms Classic. Roman Catholic (PA) with '22 guard Justice Williams is up next. Sanford (DE) plays later with '21 big man Nnanna Njoku (Villanova target). IMG Academy with '22 forward Eric Dailey. And Montverde with '21 guard Langston Love. Loaded event obviously. Reece Bekman’s squad is there as well, but off today. 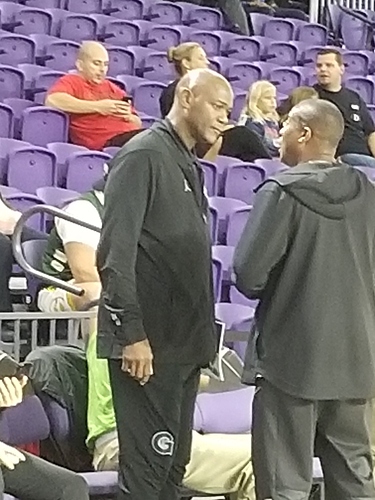