Looks like the coaches will be out and about this week. 2nd time they’ve seen each of these guys this Fall.

Ohio State will host Top-35 junior Caleb Furst for an unofficial visit this weekend, a source told @Stockrisers; Virginia will also have an assistant in for him Thursday.

Virginia and Notre Dame will be at open gym tonight for 2021 Wilson (PA) PG Stevie Mitchell.

Who is considered best talent evaluator among the assistants?

2021 Long Beach Poly SG Peyton Watson has set his official visit date. There’s another visitor expected that weekend too, was reported by Brad Franklin at Cavs Corner. Now that Watson’s is out there I’ll see if I can get the other guy to confirm his date so we can talk about it.

best talent evaluator among the assistants?

Ugh, tough question to answer. Vandross has been the most effective at finding guys ahead of the crowd. They all have their roles though. Williford’s is more in actual recruiting and Soderberg does the tougher evals that don’t pay off as often.

Early indications aren’t promising with Christie, but still after it.

Virginia sent an assistant in today for five-star junior Max Christie, a source told @Stockrisers. Top junior target for Tony Bennett who saw him a few weeks back.

Trevor Keels is taking his trip to Ohio State this weekend. His 2nd official, along with unofficials to Villanova and Maryland.

Call it a rumor but I’ve heard UVA is working to line up another visitor from the west coast, 2021 guard Isa Silva. He was at Stanford last weekend, probably the early favorite.

What in the world is the OSU draw? Reid visited as well.

As you probably recall, Isa and Jabri Abdur-Rahim were friends and teammates until the Abdur-Rahim family moved away from Sacramento. In an interview with Corey Evans last summer, Silva had great things to say about both Jabri and Jabri’s future college coach.

I think kids love that visit with college football home game etc. Also seem to like the coach as well as they are rebuilding in some ways. I know Luther Muhommed well (OSU sophomore) and after he visited OSU he cancelled one to CVille although he did do unofficial before that to UVa.

I read that we basically have no hope with Quincy Allen. Is that true? And HoozGotNext is the list of the top 10 recruits in this article accurate? I’m talking about this acticle: 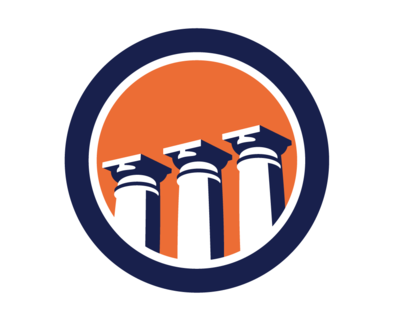 By John Shepherd -- October 29, 2019 Tony Bennett has a recruiting profile: he likes multifaceted players with some length who can shoot and defend. Of course, any player who can...

Not sure what the rules here are about cross-posting.

Here’s what it says:

A 6’6" wing out of Maret School in DC, Quincy Allen can score from all three levels. He’s a great shooter with good mechanics and footwork. He’s probably the best all-around shooter that Virginia is evaluating, and there is always room on a Tony Bennett roster for a great shooter.

But Allen is more than a shooter – he’s versatile, which is obviously popular in positionless basketball. And Allen plays defense. “Shot making, energy, IQ, defensive stops,” are what he believes set him apart. He’s ranked among the top 30 players in the nation because of that versatility.

But unfortunately for Virginia, Allen says he prefers a fast-paced program.

Allen says NC State, Stanford, and Syracuse lead in his recruitment. When asked why those three, he responded “location.” Of course, those three schools are in wildly different locations, ranging from snowy upstate New York to the California coast.

Virginia hasn’t offered, and no visit appears to be in the works.

Oh you’re fine posting here. Bottom line with Allen is he’ll need to show more, presumably next Spring, to get a Virginia offer. Very talented, not very productive yet, at least not against top competition. He’s a tricky recruit because if/when he puts it together, EVERYONE will jump aboard. So yeah low probability right now because Benentt isn’t biting. But that could change in one weekend next April.

I’ll put out a recruit rundown soon, and update throughout. As always early on with Bennett, the only ones that really matter are the guys he’s taken trips to see personally.
Things haven’t started with the rest, offers or not.

Thanks. I’m surprised Quincy Allen isn’t already a priority, but I’m no scout.

So the ‘ones that matter’ are Trevor Keels, Efton Reid, and Caleb Furst? And Israel Silva and Peyton Watson once they visit in November?

Well it’s an overstatement on my part to say those are the only ones that matter. I just mean at this moment. Put it this way, I can’t remember ever getting a pre-July commit from someone already offered at this point and Bennett not having visited them in the Fall…

He’s been to see Keels, Christie, Reid, and Furst. Four guys for two spots. They’ll also want a versatile forward type (Holmes) and either a PG (Silva) or an athletic wing (Allen), but they’re not ready to push for those yet.

I’ve lost track of all Caleb’s visits this Fall. Seems like one just about every weekend. Don’t see any way his recruitment goes the distance.

Assistants checked out a few 2022 guys this week.

Virginia was in for 2022 prospects Mason Manning and Jahlijah Grant today, a source told @Stockrisers. Both play for First Love.

And at Sidwell Friends (DC) for '22 forward George Perkins, 2nd time this Fall.

So Peyton Watson and DaRon Holmes are both visiting next weekend? November 8-10?

I get that Watson is a 6’6" wing and Holmes is a 6’8" forward, but aren’t they essentially competing for the same scholarship? I can’t see Virginia taking both – even though the Sherlock Brothers would be instant legends. Isn’t it a little weird they’re visiting together?

Or am I missing something? Would Virginia take both of them?

Very early in the process for both players and from both sides. Very little chance both want to commit this soon or that we would push for decision.