Five Takeaways from the FSU Loss

Took a couple days to gather my still scatter-brained thoughts on a confounding loss: 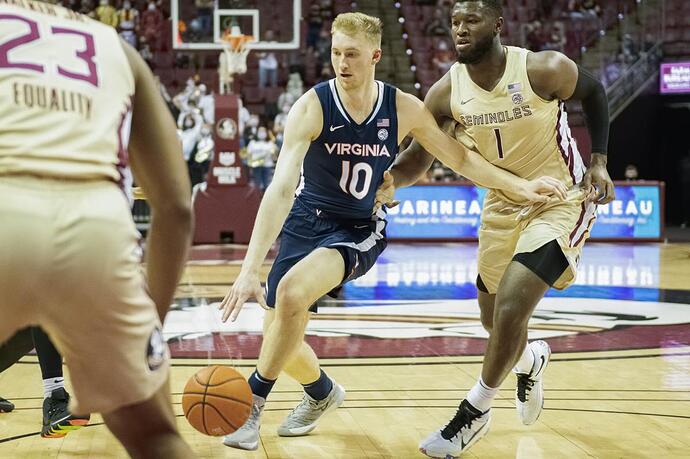 Now that we’ve all had a few days to process Monday night’s loss, it’s about time we address what that game tells us moving forward and what we can expect from this squad moving forward. As such, I’ve got five takeaways from Monday.  Let’s take...

Who do we see as playmakers in the future? An improved Murphy, Jabri, Murray, McKneely or other potential 2022’s?

Experienced Reece with an actual off-season with Curtis and the coaches. Jabri if he can get the defense down this summer. Murphy with a handle. Taine plays some point guard. Kihei when he can. A lot of prospects but nothing currently tangible unfortunately.

Leonard Hamilton is a great recruiter. I believe about 5 years ago he seen UVA was well on their way to being the dominant ACC team of the future. He has recruited players that would be a tough matchup for us and he has done a great job of it. Now its our turn to adjust

I hit on this in the mailbag but yea I’d so those are the guys with Reece as has been mentioned. McKneely still far away but for sure him

Are there any numbers behind the UVA scoring drought reputation? In other words, is anyone aware of data comparing frequency of, say, 5 offensive possessions with no points for UVA versus other perenial top 25 teams? I sometimes wonder if our slow pace makes it seem like we have more scoring droughts than other teams because 5 possessions for us takes more time than for a team like UNC, who’s running up and down the court most of the game. Our offense since 2014, with the exception of last year, has had an Adjo of around 1.15, which is more than respectable, and for two years it was above 1.20, which is elite. So you expect that we could not have very many scoring draughts or the AdJo would be much lower.

We had a lot of length, toughness, strength and athletic ability that all contributed to our defensive abilities. Not to mention, our players tended to be a little more mature physically due to redshirting and key players having a little more experience. His teams have the length now, especially at guard. 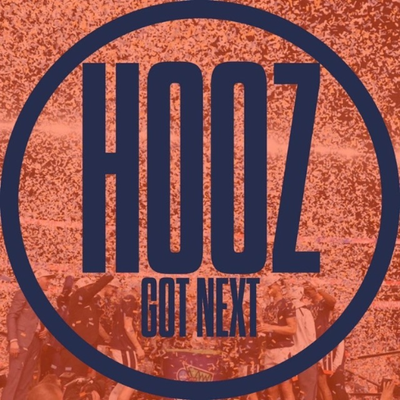 Love this. Perhaps UVA should have done this before the FSU game to psych themselves up to go to battle…

It looks like New Zealand lost that game by 29 points, so maybe not so much a great motivator.

Damin doing bug stuff for sure. Reece will get better from 3. And yes he needs to focus on getting up lots of shots in off season. One thing for a guy like him HIS game has worked for him for so long it was probly never a focus. The guy is talented and ahead of his years skill wise and decision making but also very unselfish. He needs to get some of the good selfishness to him.

Would like to ask Jay Willy how talkative he is in practice lockerroom and off the court; he looks like he is still trying to fit in and “do tbe right thing” as a teammate at this point

I agree there are areas of his game that are advanced for this level. But the only way to unlock the full arsenal into an All-ACC level or to an eventual pro level will be to develop a respectable jump shot (both 3-pt and mid-range pull up). Doesn’t have to be Steph Curry, just a shot that makes opponents have to guard him. That will open up the dribble penetration that he prefers. It’s a big question though, as London Perrantes and Ty Jerome were both deep threats in high school but Reece has never been known for that skill. He seems like a kid who is willing to do work though.

Agree. Hes gotta be a threat

Ouch. Ok, probably should have looked at the score of that game first before recommending the NZ team dance as a new UVA pre-game ritual. I did note that the Australian team did not seem to have fear in their eyes after watching the performance though. Maybe they had seen it before, but if we pulled that out of nowhere, definitely would throw our opponent for a loop.

I think our bench should do it to the refs when there’s a bad call. They may get worn out though.