London doesn’t get enough credit, which is saying something, because he does get recognized a decent amount. But man I miss his play, especially his shooting. Dude’s career three-point percentage is great and while he wasn’t the primary scoring option on most teams, opponents having to game plan around his shooting as well made us so much more lethal.

Perrantes was a meistro. Dude should have won two national titles. The team choked vs Syracuse and imagine the next year if Austin Nichols had his shit together and we had a real post scorer down low. Nichols would have paired beautifully with WIlkins and then Salt off the bench.

One of my all-time favorite Hoos. The skill. The attitude. That glorious high-top fade. Love that dude.

These videos remind me of how bad our current uniforms are.

man remember when we used to get a full 5-8 min highlight/game story package from VA Sports TV for every game?

I sort of get why they do it now, guessing for social media the multiple 20-30 second clips, plus one 2ish minute highlight reel, gets much better play. but as time passes it is so nice to be able to go back to the longer reels and remember really how the game played out. these ones also showed the other teams scoring/making plays to build up the actual game narrative, we never do that part any more.

man remember when we used to get a full 5-8 min highlight/game story package from VA Sports TV for every game?

Had that same thought.

The things we ask for are (like extended clips and streaming the scrimmage) isn’t asking the staff to do things they have never done before. Its asking them to do things they used to do all the time.
You can both put out a 30 second edit, but also put out the old 4-5 minute videos. Both have value.

I forgot how many players we used to rotate in and out of games. I miss having that deep bench. Hopefully this is the year we get back to that.

Not yet over my grudge from this game. We were supposed to play Purdue (Biggie Swanigan era, RIP), but ACC/ESPN matched up Louisville with Ohio State, and they wanted to avoid the embarrassment of having to do the Lyle v Pitino angle (apparently Jaquan testified in the Katina Powell scandal investigation). So they swapped us in, instead, and we got shafted with a much worse matchup.

As far as London, he was the right guy at the right time. Perfect piece to really get the Bennett golden age going.

This game is stuck in my mind. The commentators gushing over perrantes 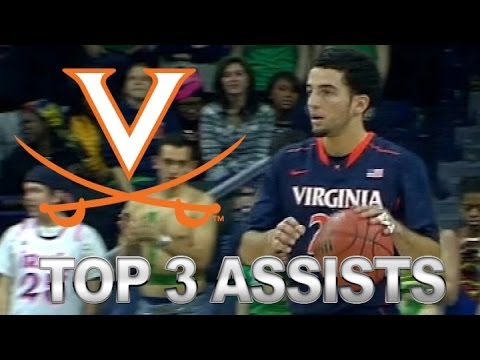 I was at this game in the student section. At the 10 second mark you can see one of my buddies on the right side and Im just off camera. Wasn’t meant for bigtime.

I am on that poster the UVA bookstore sells of the packed JPJ arena for the Louisville game (dont know if they still use that game for the JPJ poster but they did for a few years). Group 1 for life. 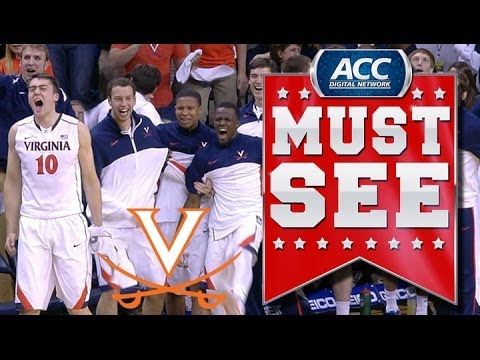 Actually I just realized I am in the video lol

Think I forgot to wear orange or was coming from something where I was not wearing anything UVA related and someone brought a UVA shirt for me which was clutch.

Simpler times. Before the Natty, UMBC, the Reece Kihei wars, and COVID/everyone transferring out. 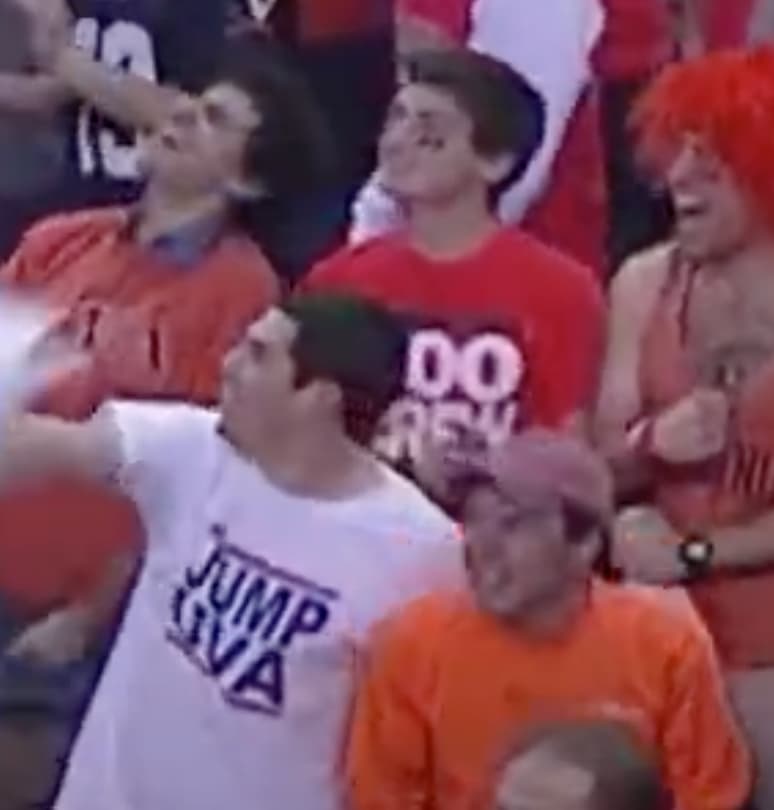 Reminds me of something I’ve always wondered about… 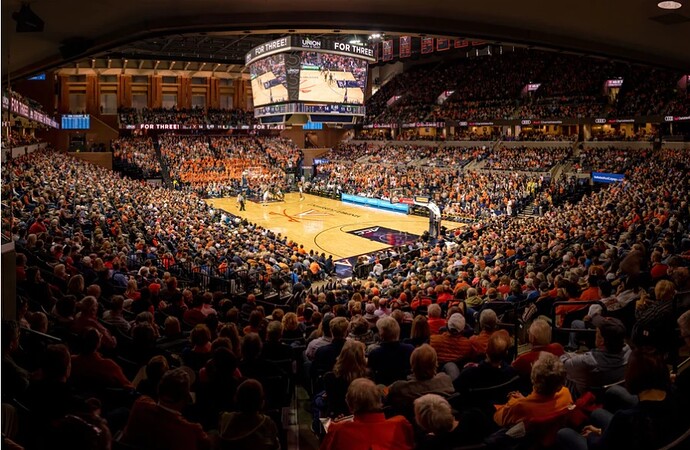 They did a cool pic a few years ago – super high resolution, 360 views – where you could zoom in on fans in the last row of the upper deck. Pretty cool.

Last time I was in JPJ was for the 2016 Blue-White game. And what happened? Well those freshmen (Ty, Dre, Kyle, Jay) won a natty**. And a trip to Cville isn’t in the cards this year, so anyone who wants us to win it all with this freshman class needs to convince Tony to stream it.

** which, after all, was a nice accomplishment.

One of my all-time favorite Hoos.

Came here to say exactly this. I have this wallpaper covering one wall of my

how did you do that? you probably hand painted it, you artistically gifted son of a gun you.