Moses Moody down to 3

On the bright side, we’re still alive. But naming firm finalists means he’s close to making a decision. They’ll need to get him on grounds soon. 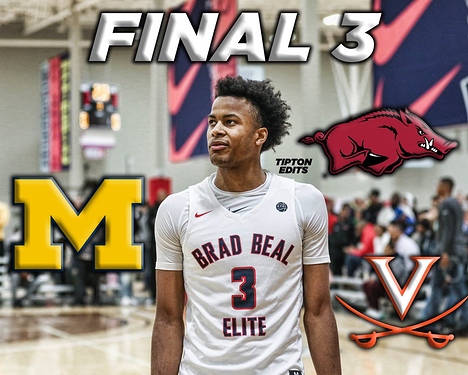 IF he were to choose UVA would that muddy the water at all for Carson or Jabri?

Is it weird that we didn’t make his top 7 but are in his top 3? Seems similar player to JAR.

Well the thinking here is they’d love to add a difference maker for 2020. It’s sort of a go for it year ya know. He’s hoping for a short stay wherever he ends up, so it wouldn’t impact recruiting that much. But yeah it would complicate an already crowded roster next season.

Virginia wasn’t recruiting him then. When recruits name “Top” schools that’s about eliminating those that have already offered, not necessarily a final list. This is final.

Having a shooting guard for any of these three teams will be great, especially us, hope we can get him

There’s no recruiting talk here but it’s a good interview to learn about Moody.

Were running out of weekends to visit. Maybe this one? Doubt we’d bring him in w the 21 kids weekend after.

Moody seems more of a Joe Harris/Kyle Guy run off of multiple screens to find an open 3 type player. I think that’s gonna be Carson’s role as well, so some crowding there is possible. Also, by way of similar size, Moresell could also be competing for similar minutes. Same with 2021 top target- Trevor Keels. But Jabri is taller and a create your own shot type player. So I think Moody (or any of those other players) and Jabri could easily pair well together, without impacting each others’ player time. The irony of a possible crowded future back court is that we could really use some of those players this year.

From what I gather, this isn’t viewed as a positive development for UVA. There was really no point in putting out the list because those are the only 3 schools that were actively recruiting him. He didn’t cut anyone.

There’s no visit to UVA set up yet. Possibly it could still happen but all reports are he intends to sign early on Nov 13th. So time is ticking. I think he pretty well knows where he’s going and this list is a prelude to another upcoming announcement. Arkansas sources in particular seem very confident.

Corey Evans throws more cold water on the topic. Keep in mind, he was the first to mention UVA involvement with Moody so he’s pretty plugged in on this one. About the only thing that could keep you clinging to hope (I wouldn’t) is that crystal ball picks aren’t flooding in. Only one speculative play for Arkansas. Moses keeps a tight ship.

Moody was in Charlottesville for the NBPA Top 100 Camp, so it’s not like he’s completely unfamiliar with Virginia. But there really is no way he’s going to Virginia without a real visit. But it is interesting – he’s from Arkansas, but Arkansas had a coaching change. So that leaves Michigan. But if he wants to go to Michigan, all he needs to do is call Juwan Howard and accept the offer. He just visited Michigan! No need to add Virginia to the top 3 if it’s just a show.

So Moody must have some real (but slim) interest in Virginia.

Maybe Moody is looking at virginia’s 2020 roster with Hauser, Jabri, etc joining and thinking he could play for a championship and then go pro?

Well that’s what UVA is trying to get him to consider. Play in a system that’s proven to create opportunities for players like him, surrounded by other talented guys, and yeah have a chance to win big. Probably more of a 2 year plan.

Arkansas head coach Eric Musselman was at Montverde yesterday. He has several spots to fill for 2020 and other decisions looming. He wouldn’t waste his only recruiting day of the week at this crucial point on someone that’s already decided. So this isn’t over. Still no sign of any plans of a UVA visit, so not much reason for hope either.

Frankly not sure while we are still talking about him. There is one weekend left for visits before early signing and we have two other guys coming then. We’ve been hearing ‘working to set up a visit’ for several weeks now and nothing has broken.

I think we’re talking about him because:

So you’ve got a super-talented 2020 recruit who expresses interest in Virginia. Virginia is interested in him. Sure, it’s probably all moot if he doesn’t visit, but how could we not talk about him?

…talk about him anymore. We’ve been talking about him for weeks, but thanks for all that info I had no idea about.

Long interview with Moody’s dad from the Michigan 247 site. He says a decision is coming soon and they have all the needed information. We can safely write him off.

*“I would say that they kind of came on early and late,” said Mr. Moody. “They reached out to us back maybe even late junior year, or sometime early this year. And I know Virginia is Virginia, so they’re always going to have some good stuff. I like the play style and I think Bennett is a good coach. That would definitely have been something that we would have considered had we felt the strong rapport early enough. But I think that they do have a lot of pieces that kind of put them in more of a back seat, if you will, to say, ‘yes, we like the school, but I do feel that the other two are probably more so in play being that Virginia did come along late.’” *

“I don’t feel like we got a chance to really establish the conversations that are necessary,” Mr. Moody later added. “Part of that is when you’re recruiting long enough, you can kind of get to a comfortable place to talk to folks and get a feel for who they are. It’d be harder to do that with Virginia at this point, which makes it a little more tough for them in the mix. But they are there. Moses and the coaches have been in some good communication. So, there’s something there that he likes enough to say if push comes to shove, that’d be somebody he’d consider.” 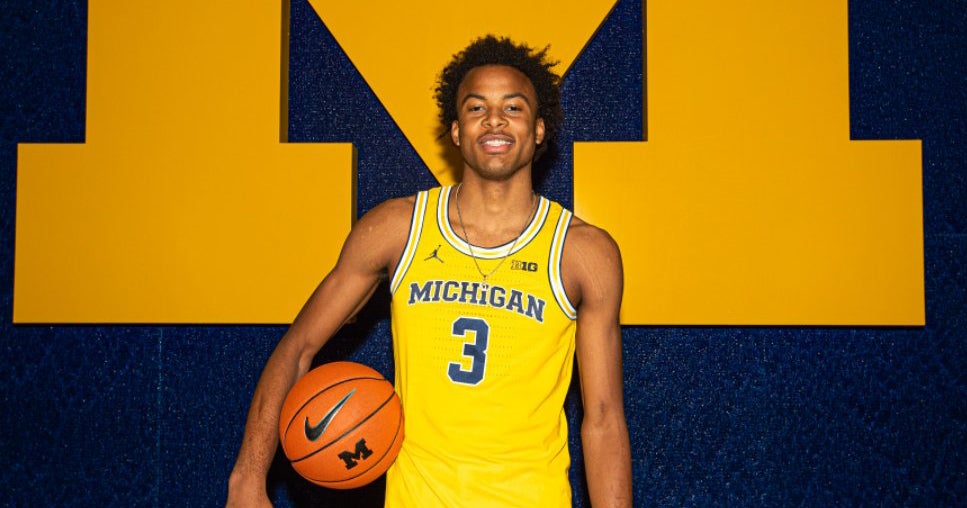 The father of 2020 Montverde (Fla.) Academy wing Moses Moody share in depth thooughts on the race between Arkansas, Michigan, and Virginia for his son's commitment.

But honestly — wouldn’t it be hilarious if after Dad essentially rules Virginia out, Moody decides to visit?