Today's guest on the Podcast 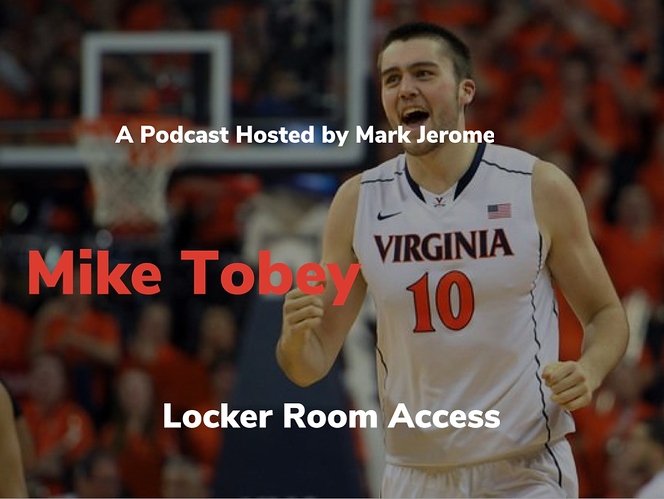 Join Mark Jerome as he catches up with former big man, Mike Tobey. Mike talks about Blair Academy, UVA championship, his pro career, Jay Huff in pick up games, and more. Read the latest blog at:...

That’s awesome! I can’t wait to listen to this. I lived in Valencia for 6 months and really love that place, one of my favorite places in Spain. Curious to see how Mike likes it. The podcasts are really fun to listen to , keep it up!

Loved it, would love to hear from him periodically, especially the differences and similarities between USA and Europe. What’s his day like? What are the fans like? I bet it’s really different from the US fan or arena experience. European fans bring the atmosphere, US fans mostly need the atmosphere created for them unless it’s a really, really big game. Loved it though, thanks for your work!

thanks! we’ll be sure to catch up with him again soon. We should just do a mailbag for each guest.

Thank You Guys!!! Mike have a great personality. That was refreshing.

Loved it, would love to hear from him periodically, especially the differences and similarities between USA and Europe. What’s his day like? What are the fans like? I bet it’s really different from the US fan or arena experience.

I would love tu hear more UVA and college related questions. Not just him but all the players. How did he feel the first time he played at Duke? Who was his toughest matchup in college? Did he like practicing against Salt? Who was better, Akil or Darion? Who was his favorite and closest teammate? Was he upset with his lack of minutes his sr yr? Did he use tu hear the he play tu soft noise? What was his favorite game? Did the players know Malcolm would be this good? Can his soph team beat the Championship team? How was it going against Austin in practice and was he as good as we all thought? What top recruit they thought was coming tu UVA and they didn’t? Do the players like being the escort for recruits on their visits? Who did he escort? I need a podcast. LOL. Thanks again guys.

I agree, I want to know all that stuff. However, I tend to want to know what the guys are up to now instead of the past most of the time. They probably get a ton of questions about the past, and thats cool. I want to know as well, but I’d love to know how they are transitioning now.

that was my takeaway Tuu @TUGARD

Funny story as I’ve lived in Europe for the past 15 years (UK and Germany)… also had a stretch living on the Costa del Sol in Spain when a kid… the local Grundschule a few blocks away has the basketball hoop screwed on flipped upside down on one side of the court. I keep talking to some folks that teach there to tell them about it, but they haven’t corrected it in over two-years! Fußball is definitely king here. LOL!