Yeah. There’s some sour grapes, but the IU boards have mostly been more mature about this than I expected.

Broken finger AND appendicitis. He had a rough couple months.

Most used lineup with the big 3 was Kihei and Salt, used 13 times.

The lineup used from the Oklahoma game through the championship was used for those 5 games, plus a game against Georgia Tech at the end of February.

I should’ve gone straight to BBall Reference. I knew they had game logs but I didn’t want to click through all the box scores. Better though is they have the starting lineup logs. Looks like it went Key/Salt to Key/Diakite to Clark/Salt to Diakite/Salt back to Clark/Salt and finally to Clark/Diakite. 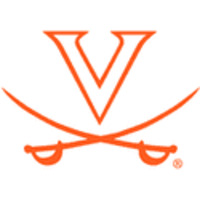 Armaan Franklin’s transfer portal decision ultimately came down to either staying at Indiana or going to Virginia. He had heard enough of what he wanted to hear from incoming Hoosiers coach M…