Starting up a series of season reviews for individual players, started with Kihei. 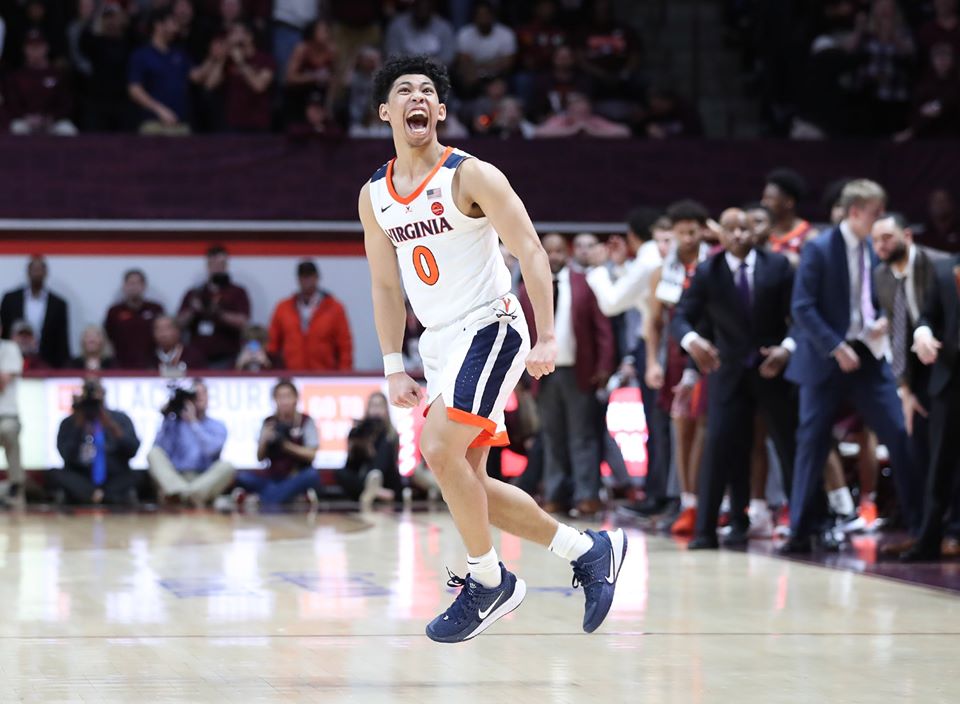 (Photo – Matt Riley – Virginia Athletics Media Relations) Kihei Clark entered the 2019-2020 season as the only returner from a three-man, National Championship winning back-court that lost the other two to the NBA draft. Safe to say, expectations and...

What were you most impressed by in Kihei’s play this season?

What do you think he needs to improve upon?

And what do you think his potential is post-Virginia?

I was most impressed by his improvement driving into the paint for buckets. Early in the season he too often picked up his dribble and had nowhere to go and that often resulted in either a turnover or a blocked shot. Gradually he began to keep his dribble alive and could either escape outside, make a nice inside pass to Diakite, Huff, or Key, or score.

The biggest improvement he needs to make next season is a significant reduction in his turnovers. They really hurt us in some of the early ACC games we lost.

I’m thinking turnovers go down as a by product of not having to be essentially the only person to initiate the offense. He was asked to do the majority of the handling this year, I’m expecting Reece and Jabri to both be able to take a lot of the burden for him.

Most impressed by his courage to run the team given all its weaknesses. His willingness to create time and time again until someone finally comes open set him apart. He is a true Captain.

He’s going to win the most games in program history and probably two national championships.

MOST impressed with was his increased ability to make threes. also leads me into what I think he needs to work on into next year; quicker more decisive jump shot. He used to go way low to get the shot up but that has changed with upper body strength in my opinion. He did an obvious great job of maintaining dribble on penetration and became effective as opposed to being an obvious blocked shot by the defenders elbow.

Kihei taking the challenge and running the team on offense AND defense is beyond impressive. No one watching realises how tiring that is and the fatigue is real.

We all agree on turnovers but I will add something. Turnovers that are aggressive are part of the game especially for a PG who has the ball so much. But BAD turnovers in careless situations are easier to correct and from what I saw from KC this year he will handle that.

No clue after college

What were you most impressed by in Kihei’s play this season?
Besides what’s been mentioned, his motor and drive. He is made to play and is a killer. His poise late in the clock is what I’m coming to except in Virginia PGs.

What do you think he needs to improve upon?
2 pt%

And what do you think his potential is post-Virginia?
Conquer the world?

Great write-up and I love this idea for a series.

Kihei may go down as the most polarizing player in UVa history. Which is a shame because I don’t think he will ever get the credit he deserves as an outstanding player, and potentially being the cornerstone of the greatest 4 year stretch in Virginia history.

I agree with everyone else in regards to what I was impressed with by Kihei on the court. I didn’t realize his numbers jumped that much from behind the arc, that’s a big positive. I love @DFresh11 analysis on his shot. Looking at film from last year Kihei had a very slow load and release, he did a quarter squat before jumping. I have to imagine a lot of this was due to a lack of strength. I don’t think he could have pulled off that game winner in Blacksburg a year ago, he didn’t have the pop in the legs or the upper body strength. I’d imagine that strength continues to increase as UVa players tend to be pretty diesel by the time they leave the program.

For me the biggest jump was the intangibles. Kihei was the leader of the Hoos this year. He looked and acted like a veteran PG running a team. Braxton and Mamadi were the seniors but it was Kihei’s team, and coming down the stretch of the season he showed that again and again. That’s impressive for a 2nd year who is not the most talented person on the floor.

Again agree with @DFresh11 on the turnovers. During the winning streak, Kihei was making aggressive plays and sometimes they don’t pan out. While not ideal I can live with that, especially with the usage rate he had. The improvement I want to see is the careless turnovers. Too many times he gave the ball away making simple passes at the top of the key, or as the result of poor entry passes. With the likes of Hauser and Huff on the court, it’s possible the Hoos may utilize the post more than ever, and Clark will need to perfect creating entry angles.

What’s the future hold? Like I said he’ll be the cornerstone of the greatest 4 year stretch in UVa history. Post college? I have no clue, given his size I have a hard time seeing a NBA team take a flyer on him, but he also has 2 years to work on his jump shot and decision making so that’s a lifetime in hoops.

Love the “future” response to this question. Run great teams for 2 more years in CVille.