Agreed. But that’s not what ussf wants. They want to keep Berhalter. That’s why everything over the last 2 days has transpired.

They are getting ahead of the media narrative shifting criticism to the Reynas (and turning Gregg into the victim somehow). This could have been handled in house quietly. It’s public because ussf are trying to retain Gregg.

Why do they wanna keep Gregg you think? I have no clue there

No idea. He’s underperformed tactically and clearly from a leadership standpoint.

He was hired in a pure nepotism play. Guessing it’s just relationships.

He’s totally unqualified and shouldn’t be in the job.

No idea. He’s underperformed tactically and clearly from a leadership standpoint.

He was hired in a pure nepotism play. Guessing it’s just relationships.

He’s totally unqualified and shouldn’t be in the job.

I’m a little bit more rosy in terms of how he performed; didn’t lose to Mexico during this qualifying cycle, beat them in regional tournaments, and met expectations in the World Cup (didn’t exceed them but met them). Underperformed tactically is up for debate, there are plenty of articles from international media impressed with his tactical approach during the World Cup. That being said, I think they should change the coach because second-cycle coaches haven’t tended to work out, and it can be good to get fresh ideas in.

Claudio is my guy

To be clear, if it wasn’t already, Berhalter is not my guy. But if Claudio’s your guy maybe ask him WTF he was thinking.

So, I don’t usually pay much attention to soccer (other than UVA) so I was kind of vaguely anti-Berhalter. But after looking into it, I’ve actually come around to the idea that he’s fine and I think the real problem is most people (like me) don’t pay that much attention to soccer. We remember there was some kind of disaster a few years ago, and we expect America to do great in every sport, and Berhalter has been around a while, so obviously he must be trash.

In reality, the disaster was mostly Klinsman’s doing with, unfortunately, an assist from Arena parachuting in and failing to save the day in 2018. Berhalter was coaching Columbus while that all happened so he wasn’t close to any of it.

Yeah, he lost the Gold Cup to Mexico in 2019, but came back and beat them in 2021 along with the CONCACAF Nations League (whatever that is) in 2021. We made it to the world cup, got out of the Group stage and lost to the Dutch in the knockout round. Which is exactly what we should have done. Sure, it’d have been nice to pull off a big upset, but failing to score an upset isn’t a disappointment.

Berhalter has been… fine. Which, in the grand scheme of US soccer coaches is probably above average. He could have handled this kerfuffle better, but on the field his results are acceptable.

I mean, Berhalter’s tactical performance certainly isn’t indisputably bad. But I certainly think he underperformed - if not in pure outcome than in his actual tactical decisions and impact as a manager. Consider:

@zvillehoo knows soccer My opinion on USteam as it relates to international stage is continuously playing Comcacaf we will never get to levels of the real teams: Netherlands and beyond, despite having more and more guys playing in Europe

I am surely biased, but not using Gio regularly and possibly telling Gio not to expect to play is his greatest fail; tactically and leadership

I don’t follow soccer much and I don’t know the tactics all that well, so this is me talking out of my ass.

Seems to me that 6 of our 7 best players play 4 positions, all on the attack, and our striker pool is not world class and doesn’t seem to have world class prospects coming up either.

If that’s the case, why’s he trying to shoehorn the roster into a 4-3-3 instead of adapting the formation and strategy to the strengths of the player pool?

Agreed that the striker position is our weakest talent pool at the moment. There is a British-American player named Florian Balogun who is on loan from Arsenal to Reims in Ligue 1. He’s currently 3rd in Ligue 1 in scoring behind only Mbappe and Neymar. He’s scored 3 more than Messi.

Whoever the new coach is needs to have his #1 priority convincing him to play for USMNT instead of (likely being 2nd-4th string) for England. Would be the final piece to our attack.

I mean, Berhalter’s tactical performance certainly isn’t indisputably bad. But I certainly think he underperformed - if not in pure outcome than in his actual tactical decisions and impact as a manager. Consider:

Well, when you put it that way…yeah he sucks.

I just want him gone. It would be a shame if this Reyna stuff somehow bought him an extension.

You can kinda see what you want with Berhaltar. Overall record was good. Record against World Cup level competition not so much. Home record was great. Away record not so much. Really just comes down to if we want to try to make a run at a medal or be content with another R16/QF appearance.

Seems clear to me a cycle with a home Copa America and home World Cup is the time to swing big. Hope this scandal doesn’t somehow buy him another opportunity

What a goal today from Reyna… Sorry Dragon for getting soccer up top on the board but this is ridiculous and speaks to his talent. Given they are not renewing the contract of the US GM, McBride, I hope that means a change at coach as well… And I hope not Mourinho as some are speculating. 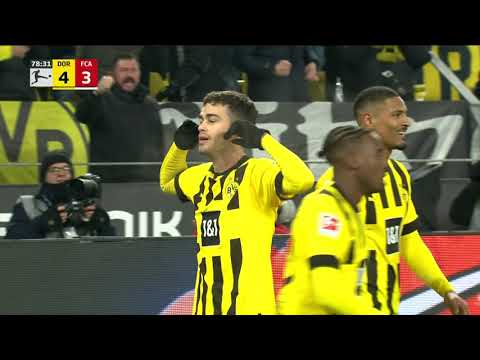