Thoughts on all this? If the seasons even going to happen? UVA’s potential? Etc 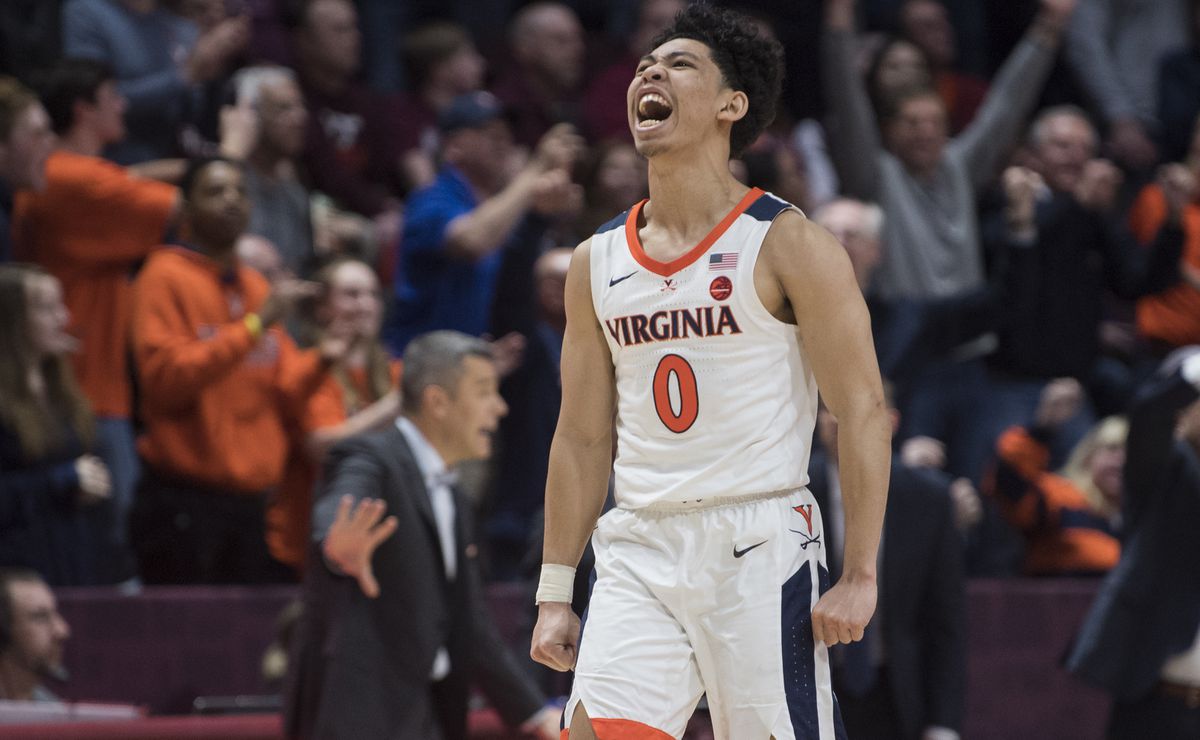 “The waiting is the hardest part.” – Tom Petty College basketball is at a standstill. The NCAA’s announcement that Aug. 3rd is the new early entry withdrawal date for the 2020 NBA Draft means that we’re going to have to wait five more weeks until we...

I dont see a season starting until January and thats if things are going to change in terms of our approach to everything or a working vaccine is produced.

That being said I am really excited about our potential. I think the rumor was that it was defense that kept McKoy of the floor. I was wondering if anyone else who knows more could verify that? I think he can be a very important piece to us

I think the experienced depth ahead of him and the fact that every game came down to the final possession kept him off the floor. Diakite, Key and Hauser all raved about his improvement in practice at the end of the season. To me the biggest question once they start playing next year is defense at the 4 spot. That is where his opportunity will be. That is where Diakite and Key will be sorely missed.

I agree. There were four players in the front court rotation (Diakite, Key, Huff, & Caffaro). I can’t recall a season when Coach Bennett played a five man rotation there. In fact, it can be argued, based on past seasons, that he probably prefers a three man rotation there, and Caffaro’s limited minutes might support that. That said, if we have a 2020/21 season, Virginia will have as crowded a roster as I can ever remember. There will be enough playable depth to institute a platoon system although I doubt we’ll ever see that.

Actually, I think it was McKoy’s offense. He brought a lot of energy when he got decent playing time in the first half of the season, and, at least to my unexpert eye, I thought his off-ball defense, which is key for our 4s and 5s, was good. But he wasn’t better defensively than Diakite and Key in particular, and his offense was worse. So why bring him in the game once Key’s wrist healed enough. With Diakite and Key graduating, the door is wide open for playing time for McKoy to take advantage.

I believe he will have a much bigger role this year. Hardest worker on the team

Hoping Hauser is the Prince That Was Promised during the Austin Nichols transfer year. I still haven’t gotten over that, dude should have been a beast in this program. (Obviously Hauser is a different kind of player— just speaking to the long, steady anticipation of seeing him suit up.)

Fingers crossed we get to see this kid (and team) play.

I love the automatic respect we’ve started to get in the polls, but as J Willy said on one of these pods… we did NOT deserve to be top 5 early last season. We’ve got loads of potential, but Hauser has never played for TB, nor has Jabri. A lot of our hype is predicated on the fact that those two will be major offensive forces.

Don’t get me wrong, Hauser I’m sure will be a beast, but there are gonna be hiccups getting him adjusted especially with an abbreviated off season. Kihei is Kihei, but we still don’t have a proven second ball handler. Huff had a great stretch late, but hasn’t put together more than a few games at a time. Woldy is maddeningly inconsistent. Casey as well.

I think we have the potential to be a title contender come March… but I think we have a team full of “if” and not “is” right now. If that changes and they get a full season to work through bumps… gonna be a daaaangerous team.

Jeff White stories on Shedrick and Morsell this week. Kadin Shedrick will make his Virginia men's basketball debut in 2020-21 after sitting out last season as a redshirt. Hoos Life caught up with the North Carolina As a freshman in 2019-20, guard Casey Morsell started 13 games for Virginia, which finished the abbreviated season with a 23-7 record.

Agree with the comp for Hauser as Austin Nichols in terms of proven, high-profile transfer impact. Like Nichols, he fits in very well within the context of the UVA system. Has been talked about at length, but should be a force.

The variables of this season aside, this is unequivocally a very deep and talented squad. Top 4 ranking is well deserved- probably just below the Gonzaga, Baylor, and Nova trio. But I think full-go expectations on winning the ACC and competing for a national title are justified.

Interview with UVA Point Guard Chase Coleman by The Ells and William Show •...

This week the boys are joined by UVA PG Chase Coleman. Chase reflects on the past season for UVA Basketball, winning a state championship in HS, and who expects to play well next season. Stay tuned for future episodes and interviews with CBB...

Ells is my guy. Stanford bound Wahoo fan. Been talking to him since he was about 15 and he was already smarter than me then. He’s on here sometimes. Take a bow.

A question for anyone: When recruiting does resume in earnest, how much of a concern will travel on commercial airlines become? More specifically, as the staff tries to bring prospects to the Grounds from far flung corners of the country, will they fly them commercially, or will charter flights be used, or some combination of the two? I would imagine that much of the recruiting budget has been untouched in recent months, so would it be a burden on resources to charter a plane for a recruit who might not be comfortable in a crowded cabin? Or, have they always used charter flights? There is so much I don’t know about this aspect of the recruiting process.

Recruits on official visits can only use commercial flights. It’s occasionally been a problem because flights get canceled. We ran into that with Reece Beekman a couple years ago and they had to work pretty hard to get him to reschedule later.

Yeah I have your same concerns. I would assume most people aren’t interested on getting on a crowded plane anytime soon. Plus you have states that have ruled travelers from other states must quarantine upon arrival. I think the only thing that might force the NCAA to allow visits in September is football. It’s hard to explain how football games can be played but recruits can’t visit.

Valid thought here. I would go a step further and consider how the “budgets” for recruiting are changing. Unlimited money is no longer the norm at this point. This could push schools into much more local recruits I think but we shall see

I don’t think football is being played this fall. I think best case is they try and play every sport second semester. Things are fucked up.

so would it be a burden on resources to charter a plane for a recruit who might not be comfortable in a crowded cabin?

John Calipari just read this and petitioned the NCAA. Can you imagine the show he’d make of it if he could pick up recruits in his jet? haha

Thank you HGN, I really appreciate it! and ofc, I wouldn’t know half as much about recruiting without all that you do

Do we know when players arrive on grounds? And do the recent travel restrictions at all affect our foreign players/could they possibly be barred from returning back to their home countries for the year if they come back to the US?