AND WE HAVE A WINNER!

Barring injury or unexpected transfer/departure, I’d be floored if the 4 non-Clark starters returning next season aren’t in next season’s opening game starting lineup (perhaps flip Shedrick and Caffaro, but both will play).

Can’t really see all 3 Ms coming back either. One or more of those guys are going to look for playing time elsewhere.

My only realistic hope is Coach Bennett reverts to older rotation habits and plays no one more than 30 mpg and gets 9-10 guys double digit mpgs.

While I agree there’s not much precedent recently for guys losing starting spots, there’s no recent precedent for us going to the NIT either. So precedents can be broken. 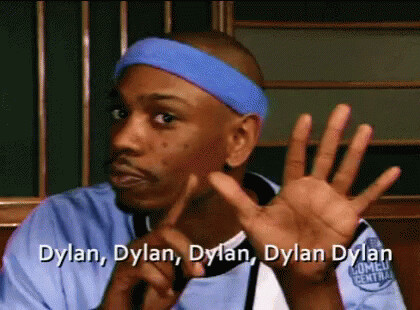 What I’ll be interested to see is what we’ll do if Clark doesn’t return, and Johnson isn’t part of the ‘22 class.

Do we roll with Reece as the only true ACC caliber PG, and use Poindexter & McKneely in small stretches when he sits? Or do we hit the portal looking for another PG or at least a SG who is a good ball handler, and can shoot? If the intent is to bring McKneely along slowly, or not really use McCorkle, we could in theory sell 30 mins per game to a transfer. @RTD_MikeBarber
#UVA's Kihei Clark told me he's still considering coming back for an extra season, but for now, he's focused on getting this year's Hoos to another NCAA tournament. "I’m just trying to play as hard as I can and let the chips fall where they be." richmond.com/sports/college…

I’m busy now, but someone should read this

I saw the T-D article about Kihei, and immediately came here so I could watch people’s heads explode.

My head exploded when the NCAA announced the stupid rule and I’ve had plenty of time since to reach peace with it. There are plenty of other things in the world worth getting outraged over than whether the ncaa gave Kihei 5 years but Brax 4.

Could very well depend on how the season ends. Say we get to NCAAs and win a couple games. Kihei feels like it ended well. Maybe if we dont go anywhere and its over he still is hungry

Do we roll with Reece as the only true ACC caliber PG, and use Poindexter & McKneely in small stretches when he sits?

I anticipate if we don’t have another PG Reece will play almost the whole game and then when he is out Poindexter and Franklin will handle the duties. I think it’s a pretty safe bet Franklin, even with his low A/TO ratio this year, will be much more ready to handle spot PG duties in his 4th year at the P5 level than McKneely will be in his first year of college ball.

Plus one off the bench!

Was just watching some full game film of Traudt… saw multiple times in each game he went for thr shot block and missed and still secured the defensive rebound. He’s very coordinated.

The Blue White game should be interesting. Thinking first five:

Have zero desire to see Franklin any where near the SF spot. Just too small. Especially on the floor with Gardner as a 6-5 PF

As of today my wish for Day 1 would be this:
32 min PG - Reece
24 min SG - Isaac M
20 min SF - Igor M
22 min PF - Gardner
25 min C - Sheds
12 min Franklin subs only at the 2.
20 min Murray can sub at 2 or 3.
15 min Bond can sub at 3/4
20 min Traudt can sub at 5/4/3. He has to be on the floor when Reece isn’t as he can handle the ball from anywhere.
That leaves 10 minutes.
Dunn can get early season minutes at 2/3 and see how he does if no redshirt.
Caffaro - garbage time only for the most part.
If London then he gets all of those 10 minutes.
If not then we will have stronger ball handlers available at multiple positions when Reece is out. Could even have Poindexter in for a few if needed - I suspect he would be better paired with actual ACC level guys instead of being on the floor with Clark, Statts and Caffaro - painful!