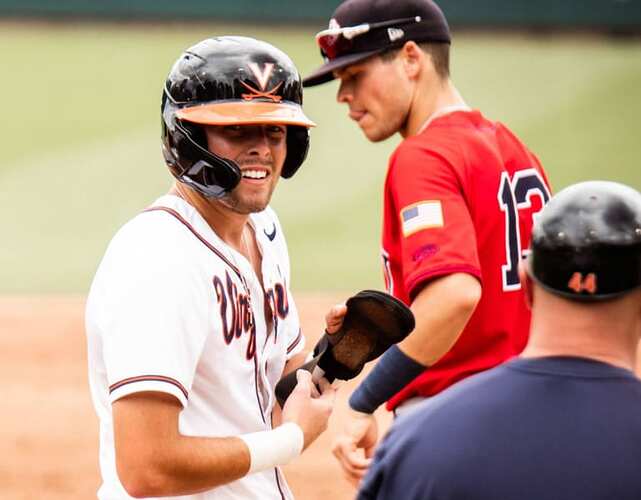 A look at some of the questions surrounding the UVa baseball team entering today's season opener against Bellarmine.

Hoos start the season with a 1-0 win over Bellarmine.

Chris Newell scored the only run of the game in the 2nd inning on Jake Gelof’s RBI double. 3 pitchers for the Hoos threw a combined 2-hit shutout — Brandon Neeck started, allowing 1 hit through 4.1 innings in the first start of his career, Will Geerdes got the win and got the Hoos out of a 5th inning bases-loaded-one-out situation and an 8th inning jam w/ a runner on 3rd for Bellarmine, and Matt Wyatt picked up the save. Freshman Griffin O’Ferrall got the first hit of his career on the first pitch of the game.

Overall, pretty ugly game — the teams batted a combined 2-20 with runners on base, 2-17 with runners in scoring position, and 1-16 with two outs — but a W is a W. Radio broadcast on WINA made for some excellent background listening while I wrote an essay, and given the current (terrible) state of MLBPA-owner negotiations, it’s good to at least have some college baseball.

edit: Geerdes got the win, not Neeck — thanks @Wahoo08

Writing an essay on a Friday is a rookie mistake

like you, it was my background noise while wading through 1000 unread emails from the past two weeks.

i thought i saw that Geerdes actually got the win? Neeck only made it 4 1/3 (5th inning went HBP, HBP, strikeout, single, pulled) and then we got a huge GIDP from Geerdes. Anyways, was happy to see how that all went.

sounded like their pitchers - especially after the starter - were throwing that 84 mph junk that for whatever reason our team is never able to hit. hopefully we face someone throwing 91 tomorrow and we can tee off for about 12 runs.

i thought i saw that Geerdes actually got the win

Hopefully offense can get in a groove tomorrow, I have no idea what Gardner Webb’s rotation looks like haha. NJIT game should be good as well 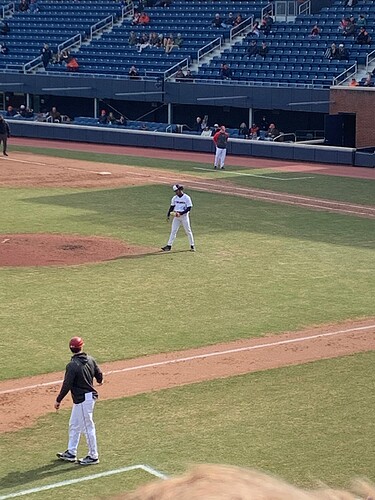 Caught some action of Jay on the mound over the weekend. Pretty unbelievable start to the season for this team!

A little surprised we haven’t made the pitching change yet.

Edit: Ha, literally happened a second after I posted.

UVa vs Duke starts in 90 minutes…

Also… I know it is early in the season, but I think it is funny that Baseball America has UVa ranked #5 while in the D1Baseball poll UVa didn’t even receive a vote. Talk about disparity among polls.

Based on results so far, UVa not receiving a vote is absurd.

I mean, we have beat zero good teams, so there’s that. I get D1Baseball’s approach a little bit - sticking with their preseason analysis until a team proves something against meaningful competition. That said, I think we’ve played well enough that would should at least be in the 20-25 range.