Slow night at work so though I might as well go ahead and create the thread where the numerous tweets about 2024 reach outs coming up since it’s the first day college coaches can directly reach out to 2024s through texts. Most names will probably be irrelevant in the long run.

These 4 have to be guarantees: Isaiah Abraham is a 6-6, 180-pound Small Forward from Warrenton, VA.

-Isaiah Abraham is a rugged 6’6 wing with plus wing span. Athletic and smooth 3pt shooter. Hate to say it but his player comp is Wendell Moore in my eyes. Duke will eventually offer is my bet so it will be interesting to see if Scheyer can come in and swoop a kid we are in early on like K does. He follows UVA fan twitter accounts that don’t even follow him back like @HOOS account so that’s a good sign of early interest. -Nick Janowski is left handed, from Wisconsin, and his coach is a former Dick Bennett player. Literally a hybrid of Kyle Guy and Ty Jerome. He does already have a few power 5 offers including instate Wisconsin and Southern Cal (and also the Hokies of course). Didn’t realize he was already ranked so high, Rivals even has him as #32 in their 2024 rankings. Seems like a big UVA bball fan as he follows Jerome, Guy, Hunter, and even Brogdon on instagram and both Getter/Williford follow him on twitter. Jarin Stevenson is a 6-8, 190-pound Power Forward from Pittsboro, NC. -I think we are all familiar with Jarin. Mom played at UNC. Dad was a Richmond baller and CAA player of the year in the 90s followed by a 20 year overseas career. Window of opportunity with UNC also showing interest in higher ranked guys at his position + his dad seems cool with Williford and they have done as good a job they can building that relationship. Player comp is somewhere between Trey Murphy and Dylan Disu at Texas. 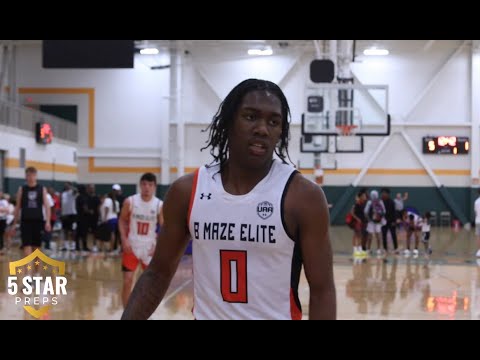 -Raymond Felton’s cousin. But UNC isn’t really showing that much interest because right now they are all about top 20 kids and Felton is in that 40-60 range. Big body guard who can play some point but scores the ball well. A Keels/Devon Hall Hybrid.

What’s so interesting about all of these kids is that our needs in 2024 aren’t that clear with 2023 still trying to be figured out, but no matter how the 2023 puzzle is solved these kids could all fit because of how diverse they are and the new age of positionless basketball

Some other names that may pop up on June 15th but probably aren’t important until later. Of course many others as well. Jaeden Mustaf is a 6-5, 180-pound Small Forward from Hyattsville, MD. 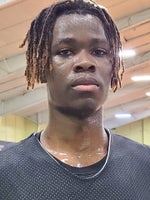 Kayvaun Mulready is a 6-2, 175-pound Point Guard from Worcester, MA. 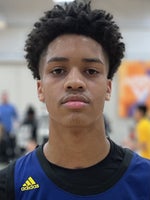 Jonathan Powell is a 6-4, 170-pound Shooting Guard from Dayton, OH.

Janowski feels like a guy that is going to terrorize the BIG or ACC for four years. All the other teams in the league will probably hate him as he just keeps knocking down threes, scoring crafty BS in the paint, and talking a decent amount of shit on the court.

Would love to see him at UVA, depending on what our roster situation looks like post 2023 class.

Honestly would love to see him at UVA regardless of what we do in 2023. Can never have enough guards who can shoot it from deep in today’s game.

Hello, yes, I am interested in one of your-- ah-- “Kyle Guy/Ty Jerome hybrid”s, please. Thank you.

LOL I’m good. Just been working extra shifts at work the past year and it comes with a lot of down time. I’m not a meditation/bettering myself type of person so might as well become even more radicalized in my college basketball recruiting hobby.

My biggest takeaway in all that is that you have a paying job.

@Hooandtrue when I was younger, I was obsessed w/ the UVa Wikipedia entries… if you look at the edits, I either started or massively modified almost all of them… both the main entry, sports main entry and a lot of the individual sports pages… I can understand getting wrapped up in stuff easily.

Somehow I haven’t gotten fired and even promoted. Whoever told me this world was based on hard work and merit was a damn liar.

Hard to reconcile that I appreciate the works of a self-professed stalker. I may be as morally compromised as a LIV fan.

Between blood money in golf and Formula 1, the NBA’s affiliation with China, the NFL being full of sex-trafficking owners and conspiracy nuts, FIFA being the most corrupt governing body in the world, etc. nothing wrong with taking the moral high ground in stalking college basketball twitter and forums.

Forgot this kid in the “others” post. Recently transferred to Montverde sooooo…. @TravisGrafHoops
Asa Newell is one of the top prospects in the rising junior class. Smooth, crafty scorer that is comfortable playing many roles for his team. Offers include Illinois, UGA, Missouri, Arkansas, Alabama, OKST, and more. https://t.co/i0suClBrFx Forgot Patrick Ngongba. Seems to be somewhere between those top 4 and the “others”. Isaiah Abraham’s cousin who also visited UVA for the Duke game. No idea if he is also transferring to PVI. Mom played in the WNBA. Dad play at George Washington. More of a traditional post with some 3pt range. Immensely skilled but lacks defensive versatility so no idea if we will recruit him

Patrick Ngongba is indeed going to PVI as well.

Remember this kid stopped by UVA for an unofficial. If we don’t get a true pg in 2023, imagine a lot more pg names will pop up (unless they see Jahseem Felton as a pg). 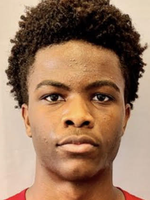 Ha, who is the poor soul caught scratching his ass in the 2nd picture?

hahhaahah. If you dont zoom in it looks like Marc Ivaroni sorta

mistimed scratch aside, I do like the on court picture. JPJ is freaking beautiful.

Mr. True is all over it! I haven’t even heard of a couple of those guys haha

A couple others off the top of my head. Thing to keep in mind even if they make offers, it doesn’t mean much until fall recruiting starts. Wright has probably been the best player in the EYBL 16U division. Isaiah Evans is a 6-6, 165-pound Small Forward from Huntersville, NC.

A couple Takeover guys. Guerengomba has been great this spring. He’s at South Kent with Tafara Gapare. And Caleb Williams is still a little rough but has massive potential. 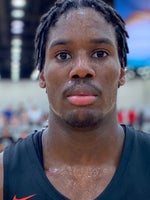 Nate Guerengomba is a Shooting Guard from Washington, DC. Caleb Williams is a 6-7, 215-pound Small Forward from Washington, DC.