I wouldn’t read anything into the pic, its the 3rd pic when you search uva basketball

McKoy must have heard that he was about to be uncaged

duckduckgo gets it. All championship pics. Even some Brogdon and Gill. No caged players or transfers to be found.

Kon Knueppel’s mom is the all team leading scorer in Wisconsin Green-Bay history (women’s side).

And his dad (also named Kon Knueppel) holds the record for most 3s in a single game in the TBT tournament. How do you pronounce that name?

I’d like to know that as well. That’s my biggest fear, name pronunciation. Never had to worry about it until dong these radio spots for our dozens of listeners. Already butchered DeMary.

The Ks are silent bruh On Newple

Here’s his dad pronouncing it, with (I assume) young Kon posterizing him afterwards. 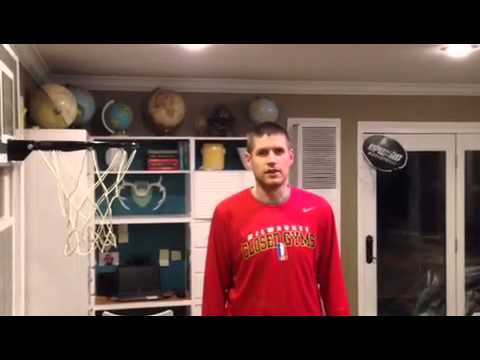 Well huh gotta say I never would have gotten that one right. Nor did I think it would be amusing.

That’s exactly how I thought it would be pronounced

dude got his own name wrong. One the good things about being named Doug Smith

Fresh to be exact

You know UVA will be looking at this guy haha @StevieCozens
2024 New Zealand PF @Nic_book12 has committed to @oakhillacademy for his final 2 years of high school. Nic is a 6’8 prospect who was one of New Zealand’s best players at the recent U17 World Cup, without a doubt one of the best HS bigs in New Zealand.
12 Likes
AnonymooseHoo August 7, 2022, 12:48am #198

Was Taine also considered one of New Zealand’s best bigs

Better joke: is the main qualification to be one of New Zealand’s best bigs shooting above 25% on dunks?

That’s the other upside down country guy.

Similar to the biggest rodeo in Orlando.