Are you saying this just because we already have Traudt and he needs a Mamadi type of partner? Because I’m pretty sure the reaction of the coaches to Hauser’s year was that’s he’s the direction we need to move in at the 4 rather than something to be avoided moving forward.

Need athletes at all 5 spots. Traudt is athletic and mobile enough to guard his spot individually. Would like a Mamadi partner and also an atkins/mamadi type to develop off the bench as well. Gill, Wilkins, Akil, Atkins, Mamadi, Justin, Hunter, Braxton type forwards. Need multiple of them on the roster at all times. Especially since the ones in the portal will go to highest bidder.

Yeah if uva ever has unused scholarships, they should find the most athletic 6’8 or 6’9 guy they can and grab him. If he doesn’t work out whatever but I am happy to have a few scholarships on those guys as to some of the usual green team guards. Some of them (McKoy) don’t stick around but the ones that do can be so so so useful.

Need athletes at all 5 spots

That would obviously be sufficient but is far from necessary lol in fact the only recent national champion I can think of with athletes at all 5 spots was Kentucky. And they might not qualify as recent anymore. Slim to no chance we get 5 high end athletes who also have offensive skills.

Kansas did not have athletes at all 5 spots lol no one considered McCormick or Lightfoot high end athletes. Baylor if you stretch the definition enough you might be able to fit Teague and Flagler under there but it is a stretch. A

You know what Baylor undeniably had though? Shooting. Elite shooting. So did Nova in 18. So did our title team.

Pack line d needs athletes at the 4 and 5 spot bare minimum. Hunter provided shooting but also that defensive versatility at the 4.

None of those teams had players with super slow feet. And very few teams play such a systemic defense like we do, which requires that foot speed on hedges and rotations

Does it though? I mean we had top 10 defenses with Anthony Gill and Mike Tobey playing major minutes. We just paired them with Akil Mitchell and Darion Atkins and Isaiah Wilkins. We need both athletes and offensively talented bigs. For example, Hauser and Mamadi would’ve been a special combo if they were eligible at the same time.

Obviously we’d all like another Dre who can fill both roles. But they don’t grow on trees and the ones that do exist are typically OADs. So the best we can usually do is have both skill sets on the roster.

The athletic players can be developed into skilled players 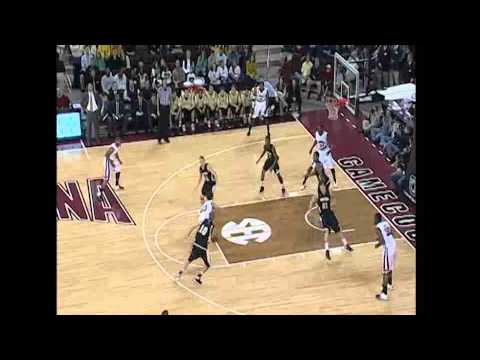 He was still in the rotation though. And the previous two years which were also top 10 defenses. Kinda proving the need for both

Also I think we are losing sight of the original argument. We can get Hauser, Jayden, BVP out of the portal. We seem to not be able to get these athletes unless there is a strong connection (Murphy Braxton). Im arguing HS recruiting should prioritize the athletes vital to our defense. And we can use the portal to get the slowies.

Alternatively could label it getting the brick layers out of high school and the shooters in the portal. Which is fine. I thought you were saying to avoid the shotmakers altogether.

Anyways just waiting for the first offer to drop.

You called the stretch bigs slowies so I called the athletic bigs bricklayers. Not sure what is confusing.

Dont think they are bricklayers. Higher percentage shots at the rim. Hunter and Mamadi when they were developed weren’t brick layers. Also Hauser laid bricks vs Ohio. But the thread might get derailed.

I see you typing. You win LOL. This is the recruiting thread. idc

I’m not trying to win. I was just confused about your point originally and the last couple of replies were having fun. Unless you are saying we don’t need stretch bigs. In which case I do actually disagree with you. And the recruiting thread is the exact place to have that disagreement lol

Unless you are saying we don’t need stretch bigs

Mid majors seem to be stocked to the brim with these kids who then fill up the portal lol. Why take someone you know is going to struggle defensively when we are a defensive first team?

They don’t all have to be Mamadi. Heck Traudt isn’t usain bolt but he has adequate bounce and mobility. That’s good enough for me. Milan doesn’t have that. He is an incredible offensive weapon but doesn’t bring much when he isn’t shooting 3s from the games I watched. If Tony offers then apparently he does intangibles he brings when not hitting (Im just a silly fan and Tony’s strength has been eyeing talent, regardless of whether he has been able to land top targets or not). But Ill be more excited with Tafara or one of the bouncy bigs gets an offer. Our next Mamadi, Wilkins, Akil, Atkins, Braxton type that we have been missing the last two years which has lead to the struggles on the defensive end.

Yea I mean obviously if you can get a Mamadi who can fill both roles that’s an easy decision. I guess I just disagree with the idea those guys are abundant. For every Mamadi there are 4 dudes who never add the shooting range.

Edit: There is absolutely risk with trying to develop an athletic prospect who might be more raw but I think those risks are worth it compared to someone already skilled but not as athletic; no guarantee they produce either and they dont have the athleticism tofall back on and contribute to.

Also “slowees” doesnt mean bad player. I still like what Hauser and Jayden bring offensively. I think there is a benefit to getting them out of the portal too because you have an established producer so there isn’t that risk offensively.