We’re in an interesting spot right now in the ACC where we have 4 Hall of Fame coaches leaving their post in the next 1-5 years. This seems to be a really connected board - who do you think will be their replacements?

These are my guesses:

Duke
Dream: Brad Stevens
Reality: Jeff Capel / Jon Scheyer
Comment: Beyond those guys, there is a slew of former Duke guards (Hurley / Amaker / Wojo / etc.) who have been decent college coaches that it’d be hard for them to go outside the Coach K family.

UNC
Dream: Billy Donovan
Reality: Chris Beard / Brad Underwood
Comment: Once upon a time, Shaka Smart would have been the coveted choice. Now, I think Beard would be a home run.

Syracuse
Dream: Nate Oats
Reality: Mike Hopkins / Gerry McNamara / Pitino Jr.
Comment: Back in the day, Mike Hopkins was a lock. But now, I’d imagine Syracuse fans are ready for something other than zone, so Nate Oats could bring his magic back to Western NY. But is Syracuse a better job than Alabama?

Florida State
Dream: Leonard Hamilton
Reality: Stan Jones / Scott Sutton
Comment: Can he coach until he’s 100? He sure seems like he can. But maybe he has to. Not sure if there’s a real good replacement in the pipeline for him.

Notre Dame
Dream: Monty Williams / Chris Beard
Reality: Chris Quinn / one of those Duke guys
Comment: I know Brey isn’t really a HOF coach, but he’s due to be replaced so I tossed him in here. I’d imagine that Jon Scheyer would be a great fit due to his Chicago connections and he might be the best of the Duke guards as coaches, but doesn’t have enough seniority to win the job at Duke.

Anyone have comments or better thoughts? Regardless, I’m glad we have Tony Bennett locked for the time being!

I should put John Beilein into this post somewhere - maybe a dream hire for Notre Dame or Syracuse?

I’m about 99.9% certain Duke will hire from within the Duke family because of K’s ego. If his replacement does well, it’s because of how well K prepared them. If he flops, it’s because no one is as great.

The guy they should look at is Quin Snyder if he’s willing to leave the NBA.

Is Pete Gaudet an option? 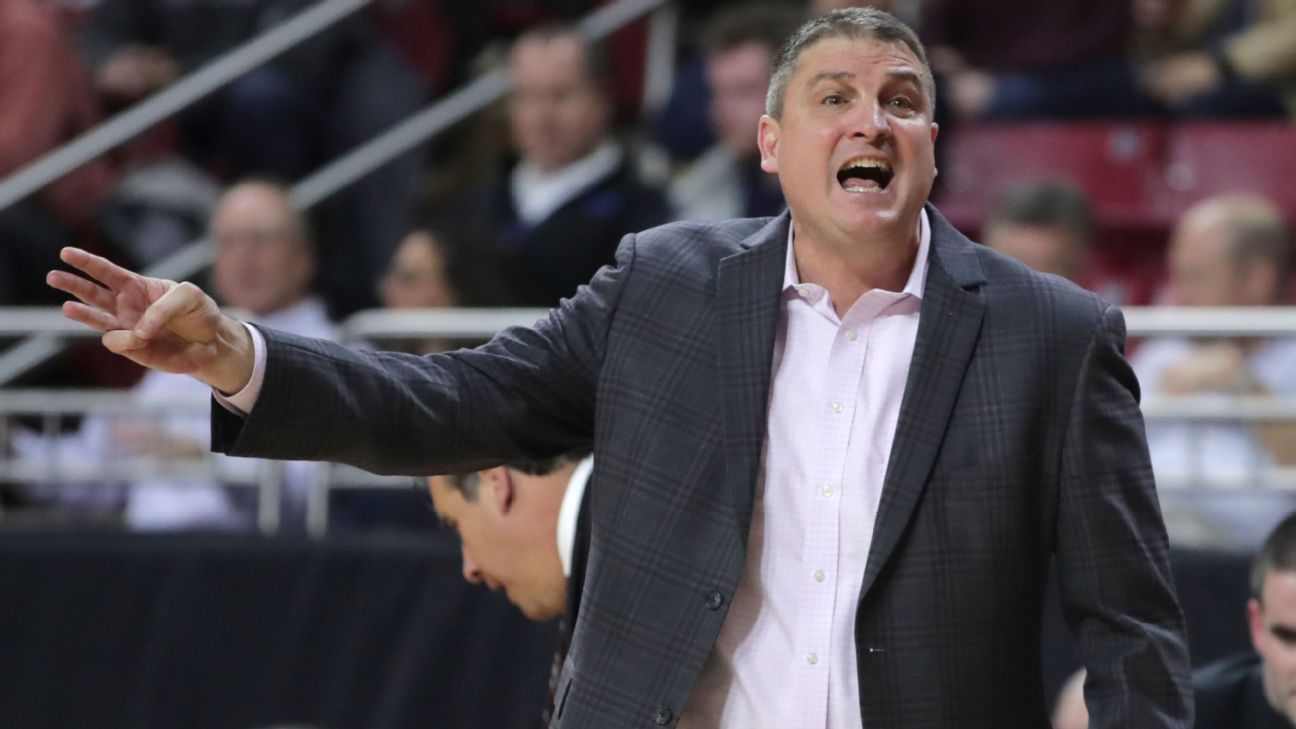 BC hoops fires Christian in midst of 3-13 season

Bruce Pearl is a BC grad from Boston, but would he leave the SEC for a rebuild, with lukewarm fan base?

I also should ask - what jobs would interest our former/current players and assistants:

Chris Beard could potentially do great things at UNC, unfortunately.

Don’t think we have to worry about him being the first hire after Roy for family reasons. Beard will stay in the same general region as his ex until their kid graduates high school.

Haven’t Dawkins and Amaker been doing pretty well? To be sure, they’ve not been in the power conferences, but…

Forgot about Dawkins he’s legit good in my book. Amaker also solid. But the lack of power conference experience jumps out.

The guy they should look at is Quin Snyder if he’s willing to leave the NBA.

I don’t think there’s any way Snyder voluntary leaves the NBA, especially to take a sure to fail following a legend position.

and any Stanford fan will tell you to stay away from Dawkins.

Right but neithet had remarkable tenures at either if I recall.

Yeah, they both got canned, but they’ve been at the high major level before.

Right, @4547Lambeth…and @BDragon. Those guys did coach in the bigger leagues. About Dawkins: Many of us can remember that UCF took the Dookies to the wire in the second round of 2019.

Didn’t Dawkins’s Stanford teams pick up an NIT title or two? Not that such titles are especially noteworthy, but the winner of the not-invited-tourney does get to be one of two teams that ended their seasons on a win streak.

I also should ask - what jobs would interest our former/current players and assistants:

I think Ritchie and Jeff will stay where they are. Can’t see either taking on a rebuilding project.

Sanchez is from the DR, went to college and coached in NY, then hitched his trailer to the Bennetts, so some time in the PacNW and the Mid Atlantic. I’d guess an A10/BE/American level job would be his next step.

Williford interviewed for the American job a couple years back but they chose someone else. I think he can do better and shouldn’t take a job that would require a pay cut. He should go no lower than a CAA/CUSA/America East/MAAC/NEC/Southern/ASUN level job and probably only the upper tier jobs in those conferences.

Stith should be in play for any job at any level where he has a chance to succeed and move up. Taking a job as a high major assistant might help his resume too. He could be waiting to take over for JJ.