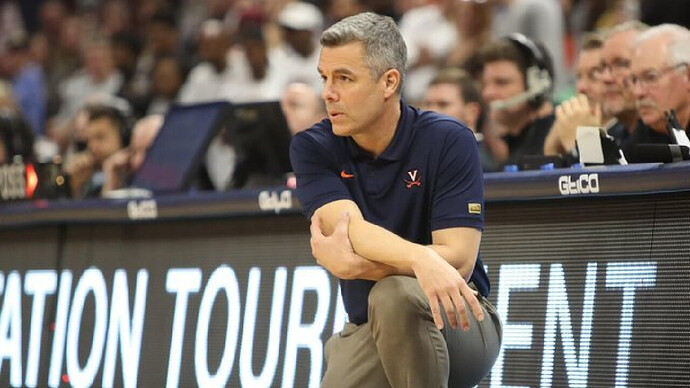 It'll be a Top 25 clash in Las Vegas on Friday, as Virginia and Baylor square off in the opening game of the Continental Tire Main Event.

Great preview. As I mentioned in another thread we have to shot the 3 well and avoid bad, on ball turnovers. Baylor will play aggressive on ball D and guys are gonna have to be aggressive and decisive on O. KC has to bring his A game, I worry about him in this one. Vets need to bring it. Reece Jayden Kadin BVP need to lead this weekend

I don’t need a win, but I do want to come out of this game feeling good about our team, that we do belong.

I think this is the 2017 Villanova game. We come out and make it closer than it should be, and raise expectations a little too high

What will be the outcome of this game?

FWIW y’all, I would temper expectations for this weekend. Simply competing is a good thing.

Living in Charlottesville and knowing a few coaches on various UVA teams, this week’s events have shaken a lot of student athletes badly. This will not be a normal tourney.

I’m flying out there with zero expectations and just want to support the university and the program as best I can.

Any wins are a bonus from where I am sitting.

None of the acc schools scare me. However I would be happy with just being within 15 of Baylor and Houston. 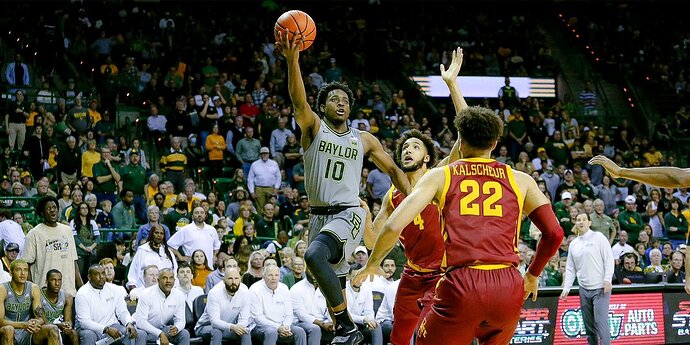 Nice to see. If there is any coach who has experience working through a somewhat similar event it’s Drew

My prediction is this is a really hard game to predict. It would’ve been both of our first true tests even without the mess we are currently dealing with (including the missed game).

On the emotional reaction front – who knows? Way too hard to predict, and it feels a bit weird to game out the details of how that could go.

Missing a game so early in the season is less than ideal, for multiple reasons, but mostly, IMO, because the coaches don’t get to stress test any intuitions on the rotations they got from the Monmouth game. And this assumes they got any intuition at all. They may just think what happened in game #1, that was close and featured our full complement, was the right way to go. (In other words, the coaches didn’t get to stress test their intuitions and fans like me got no insight on what those intuitions were).

As far as which young guys will get burn, I actually think that mostly boils down to – Has Dunn joined the rotation or not? And if so, how/where? I-Mac is in the rotation. He’s the first guard reserve, and the only question is if he gets closer to 15 or 25 or so, IMO. I think Taine is pretty much a deep reserve (if he wants that to change, I think the limiting factor is having his jumper start dropping, not defense stuff).

I think my range of outcomes on this one (80-20 probability range or so) is 15+ Baylor win on one end, to fairly narrow UVa victory on the other. So I guess that makes my 50% prediction a comfortable / not within a possession or so, but not double digit, Baylor win. (this has been your wishy-washy HanePom™ prediction.)

I hope it’s the same in the sense that our young alpha’s revealed themselves.

I agree that it’s tough to gage the emotional impact and how much fight they’ll be capable of. It’s hard to imagine them playing with the same joy for a while. I wonder if Reece may be triggered more than others by the loss of friends - this community helped him through his own tragedy.

I think Dunn’s going to play just because he can be so impactful on the defensive end and he’s the only player of his type on the squad (unless Bond burns the shirt). He has more blocked shots and as many steals in his one game than Taine has in his career. Almost as many assists. Dunn has to have moved ahead of him. We’ll see if Kihei and Armaan can defend well enough against Baylor, but if their guards start getting open and knocking down threes or get easy lanes to the basket, I think Dunn gets the call. Chase is in grey, he can run the B squad.

Off topic: I’m impressed that JWilly can tie his shoe while barely bending his knees. I have not been able to do that in 10 years. The hamstrings, man.

JWilly can tie his shoe while barely bending his knees

While impressive, I’m a little disappointed there’s no new clapping