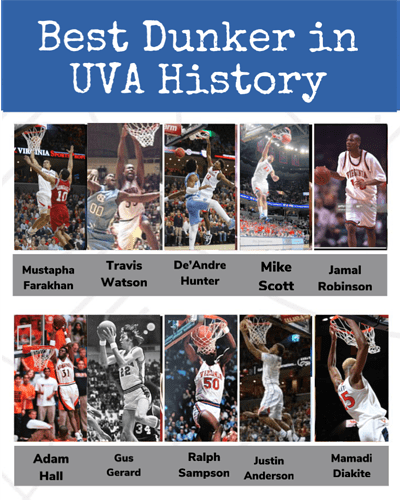 ADAM HALL. Only time I’ve ever been posterized and it haunts me to this day…

De’Andre had some lowkey killer throw downs, I’m thinking his 2nd year against UNC. Ralph is Ralh but he wasn’t a power guy. When I think of best dunkers I think of those guys who throw down hard and weren’t afraid to go at you. Watson had that ability but I’m not sure I remember any examples of it. Mamadi had some nice flushes the last 2 years.

Jay Huff, Jason Clark, Kyle Guy if u include rucker and mcdonald’s…

That’s a nice list. For as much as I get on Huff, he has thrown down some nasty dunks the last few years and has shown that in your face attitude about it. Hoping he plays at that intensity level all season this year.

If it was Dunk Contest style Cory Alexander up there with the best. If you can find his dunk at Florida State in 93 its gotta be top 5 ever at Virginia and actually maybe 1

Adam Hall is my guy. He was awesome with the slams

Didn’t Hall jump right over a Dukie trying to draw a charge on that dunk. I have a vivid memory of the Dukie’s face in Halls crotch.

Yup that’s the play. He climbed the ladder on an oop and was all over some Dukies face.

I think of the best dunkers as guys who make your eyes pop out. It’s Adam Hall and Justin Anderson for me. It’s hard for a big like Ralph or Diakite to look spectacular because they look like they’re playing on a Nerf hoop. But Jay Huff has had some wildly creative dunks, both his own creation and improvising on an alleyoop. Catching an ‘oop and throwing it down backwards has to be incredibly hard. And the ones he threw down on Duke from the outside were the truth.

The Mike Scott self pass dunk was a good one. Couldn’t find it on youtube…

Back in '80, Louisville called themselves the Doctors of Dunk, and they had some spectacular athletes with Darrell Griffith, Derek Smith, the McCray brothers, etc., however Ralph had more dunks than their entire team. One of his most memorable, among many, came against Georgetown in December, '82 when he dunked on Patrick Ewing. That said, the dunks which I recall through the years were, in no particular order: Richard Morgan’s put back dunk against UNC in U Hall in, I think, 1989. In '79, Mike Owens had a tomahawk dunk, off a 3/4 court bounce pass from Jeff Jones, against VT in the Richmond Coliseum. Again, I think. Diakite has had two of my favorites. One was against UNC in '18. Guy drove the lane and shuffled the ball to Hall as he ran the baseline, and Hall dropped the ball off to Diakite for a spectacular dunk. Diakite also had a great dunk this year against Louisville. I believe it was Key that dropped the ball to him on the baseline, and Diakite went under the basket and came back up for a great one hand dunk. Lastly, Huff’s drive down the lane against Duke will always be a nice memory. Hopefully, I’ll get to see more of the same.

Edit to add: There was one other Sampson dunk which deserves mention. It was against Ohio State in '81. Jeff Jones threw a lob pass that, by all rights, should have ended up in the seats behind the basket. Sampson caught it with one hand, somewhere near the top of the box, and brought it down for the score. When I got home that afternoon, I got to watch it on TV. The play caused Al McGuire to spin around in his chair in disbelief. 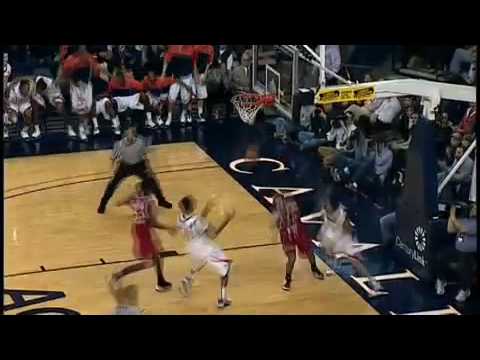 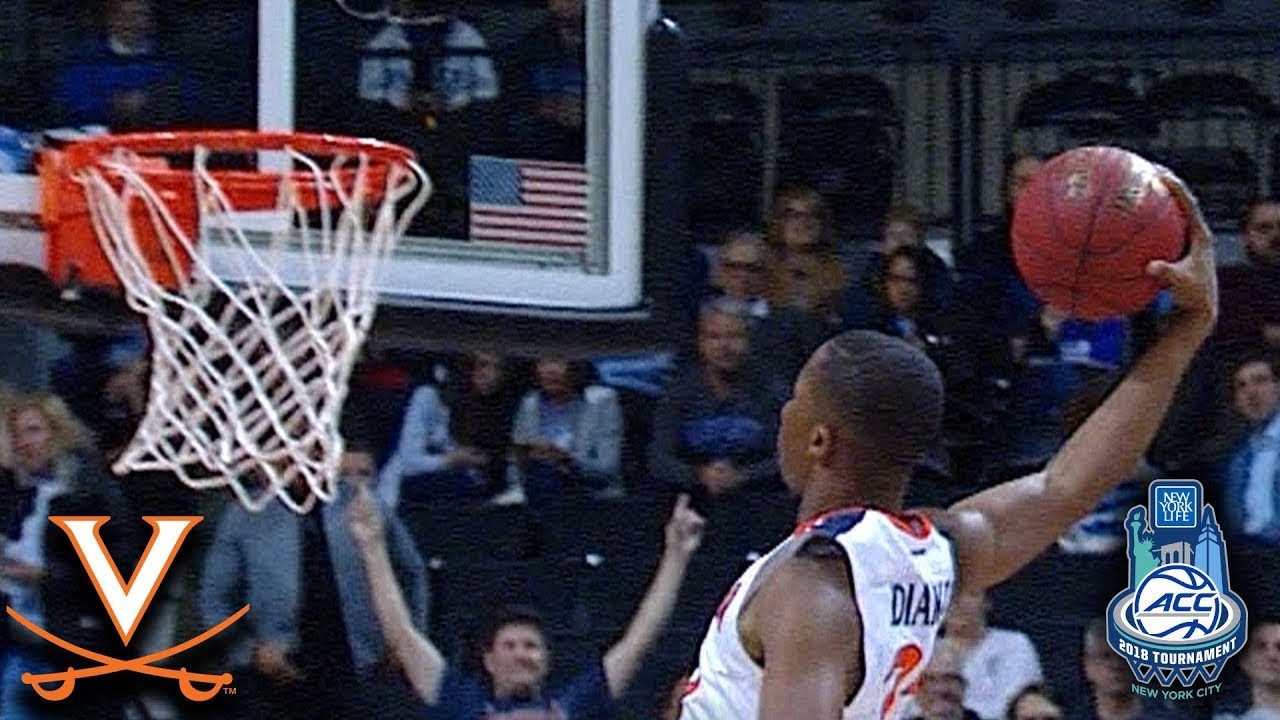 Forgot about that DT dunk. That was great.
Also Malcolm kinda casually is always dunking on fools, even LeBron.

Low key Bryant Stith would just raise up twice and punch it ON somebody. we will get the clips

Was it against Pitt in the Big East challenge he went off? I’d love to see that game and the Notre Dame game when there was that huge comeback.