Alright it’s a new year and I’m looking to purchase a nice estate in the country and these picks are an important part of that savings plan. 2020 was a fun season and a difficult one to handicap thanks to all types of COVID and travel complications. 2021 will have similar issues, but hopefully not as widespread thus making my job easier.

Kansas St. -3.5 vs. Stanford
Vegas is down on the Cardinals this season, and I tend to agree with them. Mainly it has to do with Stanford’s offense and their inability to consistently rack up yards or points. For a number of reasons their traditional pro-style is not producing the results needed to keep pace with the high power offenses typical in college. On the other side of the ball, Kansas St. is entering their third year under Chris Klieman and returning 10 starters on offense. The Wildcats offense was not overpowering last season, but its likely they will take a big step forward this season. I like them to showoff what they got and cover the 3.5.
Kansas St. - 3.5

UCLA +2.5 vs. LSU
Is Chip Kelly back? Ehh… Nonetheless, UCLA looked solid against Hawaii. The final score was more impressive than the actual performance on the field but they looked like a much improved unit. LSU replaced all their coordinators during the offseason and have seen a lot of distractions and craziness off the field. There’s a lot of moving parts for the Tigers and they need to put that aside and find a way to play. The difference maker in this one is UCLA played last week and got to shake the cobwebs out. I like UCLA as an underdog here.
UCLA +2.5

Cal -3 vs. Nevada
Justin Wilcox knows how to coach the Bears in out of conference games 10-1. Chase Garbers has caught a few eyes as a quarterback and is sporting a legit 14-5 record. Last year was a nightmare for Cal thanks to COVID and they are a better team than they got to showcase last season. Nevada will be a very good team in conference, but the Bears defense gives Cal the win and the cover.
Cal -3
.
Western Michigan vs. Michigan - The Under 67.5
Jim Harbaugh is on the hot seat. Honestly I think he should have been fired already. The seat will only get hotter after they open the season is a plodding clunker against Western Michigan. The Michigan offense doesn’t strike fear in anyone. Western Michigan has a stud in Kaleb Eleby under center and he has the talent to keep his team in this one through the end while the Wolverines defense attempts to slow him. I like Western Michigan to cover the 17, but I really like the under, 67.5 is a ton of points and I don’t see either of these sides getting off to that type of a game.
Western Michigan under 67.5

UMass +38 vs. Pitt
UMass stinks they have for a very long time (possibly my entire life). Head Coach Walt Bear is hoping to change that. He’s taking the same path many other subpar programs have by raiding the transfer portal and rebuilding his backfield. All of that will pay some dividends but against Power 5 teams, UMass still stinks. Pitt has become a surprise fun addition to the ACC. They can run hot and cold, but generally Pat Narduzzi has his guys ready to go. These large early season spreads are some of my favorite lines to bet. UMass is bad, but Narduzzi is old school, and will pull back on the throttle once up big. 38 is a big number and it only takes one or 2 garbage time TD’s for the cover.
UMass +38.

Virginia vs. William and Mary - No Spread.
I’m probably the most down contributor on this board when it comes to Virginia football, but I love the Hoos in this game. Probably why there’s no spread available as the game is off the board. I think/hope Bronco comes out and lets the dogs off the leash and shows what they can do. Get Armstrong rolling and pitching the ball all over the field. I also want to see the front 7 raining fire into the backfield attacking and coming down hill. The best way to protect a shaky secondary is to put pressure on the QB.
Hoos win 38-13.

Had NCState over 48 last night but USF forgot to score

Yeah, the only thing that saved our backfield from being even worse last year was how disruptive the front 7 were. Its harder to complete that 3rd and 12 with Snowden on top of you. The LBs will likely be worse this year (stud group there last year), but the DL should still be good and will hopefully still be able to wreak a lot of havoc.

Dagger welcome back to college football. I was so close to pulling the trigger on Minnesota +13.5. So glad I didn’t couldn’t afford to go into the weekend that hanging over my head.

I thought that looked obvious OSU but aint play it

Ok Dragon, I got a feeling your going to get on a roll. Make me some money man

Michigan State getting 3 at Northwestern tonight, looks good to me. Maybe ODU too, at Wake, big number 31.5.

There is absolutely no way to judge how good or bad ODU is. They hired Penn State’s OC 2 years ago as head coach and haven’t played since.

That’s okay. I don’t know squat about the other three teams involved in those games either.

I will take ODU with you. And randomely wearing an ODU shirt right now 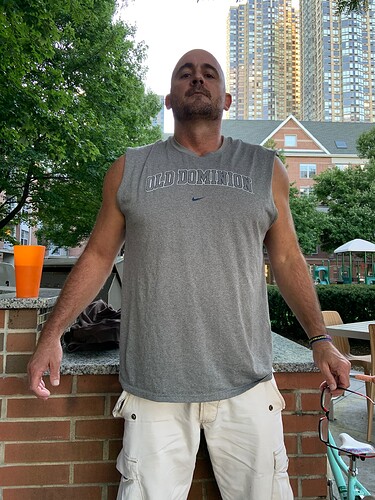 Saporro in the cup Dragon!

Wow. UNC’s season isn’t off to a good start.

UNC and Miami were getting the preseason padded rankings to give Clemson some legitimacy.

Not a fan of rushing the field when you’re a less-than-a-touchdown dog. No doubt our students would do the same though. But I’m sure there will be some sort of COVID related story there…

The UNC loss doesn’t feel too surprising. Coming in ranked 10th felt over inflated and VT at home is still a tough out. My guess is UNC is not as good as advertised but I wouldn’t crown VT as a world beater just yet.