I believe I am on one as the kids would say. 20-13 through the first month of the season is nothing to be down about. The coffers are growing nicely and we are one step closer to opening the new Dragon’s lair. Here’s to not eff’ing it up and let the good times roll.

Iowa +10.5 vs. Michigan
So wish this game was at night. But the Big Noon Kickoff will have to do. Kinnick Stadium is a nightmare for visiting teams especially when they are in the top 5. In their last six home games against top 5 ranked teams they’ve lost once. Michigan has put up some good numbers this season, but I’m still not sold on their offense. I don’t think the Hawkeyes have the juice to pull the upset but I do see this being a B1G special of ugly football with the Wolverines escaping a close one.
Iowa +10.5

Arkansas +17 vs. Bama
The Razorbacks are for real. Yes they lost last week against A&M but that was more self inflicted than anything the Aggies did on the field. More importantly the Bama road curse is in full effect here. Bama is 12-12 ATS on the road against AP Top-20 SEC opponents under Nick Saban. Dive deeper and Bama is 1-4 ATS in their last five road games and that’s with an average spread of 18.5. Roll Tide gonna be stroll tide on Saturday.
Razorback +17.5

Kentucky +6.5 vs. Ole Miss
I think it’s time to come to grips with the fact that UK is a football school. Vegas refuses to accept it. The No. 7 Wildcats are on the road this weekend where they are being disrespected yet again and catching 6.5 points. The line is moving down (dropped .5 yesterday and I’d expect it to drop another .5 to 1 before kickoff), and I wouldn’t bet it if it drops bellow 6. The Rebels are struggling?!?!? on offense a scoreless second half last week felt extremely out of place for them. I don’t think we have to worry about that happening again, but I do think Ole Miss becomes a one dimensional team against a stout UK rush defense. I also like this spot for a modest play for UK on the money line.
UK +6.5 UK ML +210.

Iowa St. +3 vs. Kansas:
Sure I was all on Kansas last week and I think they are in the midst of a magical run of sorts. And I saw them blink last week against Duke who was on a similar run. Now they are at home again facing a solid Iowa St. group that has the best defense the Jayhawks have seen all season. Turnovers took the Cyclones down last week against Baylor, but the defense held strong. This is one of those games I don’t have a ton of confidence in, but it’s calling my name.
Iowa St. +3

TCU vs. Oklahoma Over 69
Wish I caught this one at the star of the week when it was floating around 65, anyone who locked that in, see you at the pay window. The over is 15-3 in Oklahoma games following a loss. Last week the Sooners offense was solid, but the defense could not get off the field. Martinez ran all over them in the second half extending drives. TCU has three mobile QBs all potentially getting reps on Saturday. Funny how the Big 12 has already forced Brett Venables into the Big 12 mold of all offense all the time.
Over 69

Utah -10.5 vs. Oregon St.
Consider this a revenge pick after the Beavers made me look bad last week and almost upset USC. Yes I am that petty. Seriously, the Beavers took on a Lambo last week and did well, and now a MacTruck is coming down the road at them. Utah is by far the most physical team in the Pac 12 and their running game and physicality will set the tone on this one. Get a big lead keep it and hold on.
Utah -10.5

Clemson -7 vs. NC State over 45
(Loose Yourself by Eminem begins softly playing in the background)
“Dream game. The biggest game I’ve ever been in. The biggest game a lot of these players have ever been in.” NC State defensive back Devan Boykin
“We all came back to put NC State in a place it’s never been before,” NC State LB Issiah Moore
(Loose Yourself intro stops, begin verse 1)
It’s been a couple years since we’ve had this moment, but a night game in Death Valley (east) between two top ten teams. NC State is a veteran group churning out victories. Clemson fought off one contender to the thrown last week, now the await the next contender, but this time it’s in their house.
(Times up over Blough, Back to reality)
Dabo and the Tigers are 19-7-1 ATS playing top 10 teams, they are 9-2 facing ACC teams ranked in the top 10. Death Valley (east) will be rocking, NC State has a stout defense and a an efficient passing attack led by Devin Leary who is on fire this season. 890 yards, 9 TDs, 2 picks. Nothing that’s going blow your mind, but efficient. Last week Clemson had all types of fits trying to contain a similar offense in Wake Forest and eventually required OT to sneak out. For me the key to this game comes down to who handles the moment better? Clemson is a couple years removed from their heyday, but there’s guys in that locker room who have seen this moment. Meanwhile, look no further than the quotes above to see how NC State feels about Saturday night. Can they respond once they get punched in the face? Will the atmosphere be too much? Yup… Tigers cover the 7 in a hard fought game, I also like the over here.
Clemson -7 over 45

Virginia 2.5 vs. Duke
Coach Elliott gets his first signature win against (checks notes) Duke. Sure why not. I’ve re-watched last week’s game against Cuse and as I mentioned in another thread, I think I get it. I see signs of life and a foundation being built in Charlottesville. The Hoos have a running game that can be efficient and when they are able to move downhill especially on 1st down the entire playbook opens up. They can get some tempo moving, the RPO and PA come into play, sure it’s not pretty but there’s something there. The wildcard for Virginia is BA. Can he reign it in and screw his head on straight? I have no doubt he is 100% in his own head right now, he can’t escape the talk online from guys like me. Square business, I don’t know if BA has the goods to get the Virginia offense going, but I know he is absolutely what the Hoos have to go with for the rest of this season, Woofolk aint saving this thing. Oh yeah… Duke will be on the field too.
Hoos +2.5 and take the ML +118

I’m going with Kentucky. Dragon can’t fail me on his birthday.

Ok, this wasn’t one of your picks but…

Who the hell is Wagner? Also, Cuse is a 53 point favorite over them???

Isn’t wagner an every now and then decentbkid major bball team? Guessing they are fcs or whatever that div is called now.

Also like them a lot with a 53 pt spread.

Staten Island, I believe. Danny Hurley’s first college job in hoops. Had no clue they even have football

I think Wagner is the racist composer guy 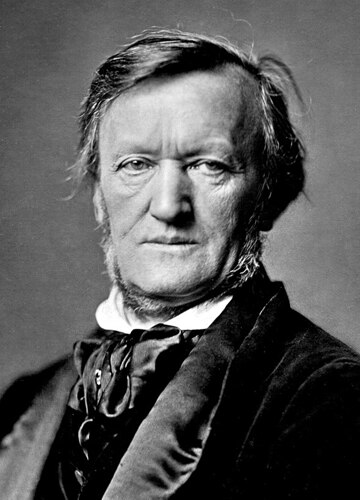 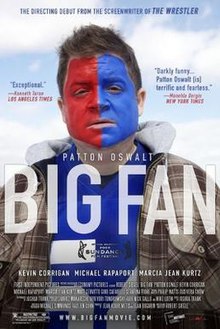 The concept of football in nyc is baffling

Be careful, Pinstripe Bowl would be pretty good this year.

Why is today’s game a night game? Its Duke and Virginia

OMG, I"m fu**ed. Dish has cut off ESPN and the ACC network today. This is a damn nightmare. Where is the UVA game being shown?

A post was merged into an existing topic: Duke Game thread

A post was merged into an existing topic: Duke Game thread

Thanks H & T. I’ll figure out something if i just listen to it on the radio. Im more concerned about long term. I will only give Dish and Disney a week to get this settled. If not im switching to someone else. I don’t give a damn who’s fault it is im going to watch my ballgames

I can barely play the radio