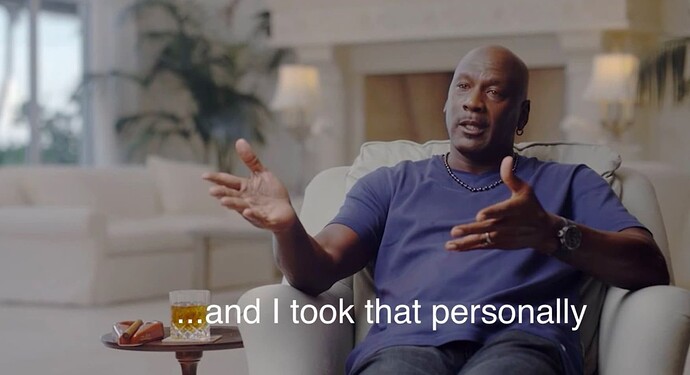 First off I’d like to apologize for my behavior last week. I have let down my family, myself, and most importantly you. The way my picks performed was completely unacceptable. I cannot sit here at my computer and condone the actions that I allowed to take place. The screams and cries from the losing bets could be hear deep in the Dragon’s Lair.

Looking ahead I promise you that I will cut a path unlike any other LRA has ever seen. I have been working, training, calling in favors to make sure what took place last week in this sacred space, never happens again. We will rebuild, and if you follow me, we will never have a losing week again.

TCU -4 vs. Okie State
Get ready for a Big 12 shootout. The TCU offense led by Garrett Riley as OC and Max Duggan has been on fire this season raking up 8.08 ypp this season. The took on and knocked off a talented Kansas team last week and now they get to host Okie State. The Cowboys offense has slowed just a touch since they entered Big 12 play. Play caller Spencer Sanders has struggled against better competition. The key this game is last week the Cowboys played 104 downs in a winning effort against Texas Tech. That’s a lot of miles even for young legs and now they go on the road for a team that loves to move.
TCU -4

Penn St. +7 vs. Michigan Penn St. ML +225
PSU is one of those programs I hate to give credit to, or even watch and Saturday could be a make or break moment in James Franklin’s career. He’s taking the 10th ranked Nittany Lions into The Big House to face the 5th ranked Wolverines. Honestly both coaches have a history in falling on their faces in this situation. However, I do think this PSU team is built for the moment. They are anchored by a rushing attack that features 2 RBs averaging over 5 yards a carry. They also has a defense that has gone on the road and played well against Purdue and Auburn. Since the season began I felt this year’s Michigan team is riding on the coattails of last year’s team success. Toss in Jim Harbaugh is 5-10 ATS when facing top 10 teams as the Michigan HC.
PSU +7 ML+225

Alabama -7 v. Tennessee
This one is assuming Bama get Bryce Young back, which as of this writing he is expected to go. I bet against the Vols last week and they made me pay. Now I take my revenge. Last week without Young Bama looked mortal. Now they have all their weapons and all their focus back to make the trip to Knoxville. Saban has a way to get his teams to buy in even when they are favored, all the pub. the Vols have received this week surely is not going over well in the Crimson Tide locker room. This one comes down to experience and every contributor on the Alabama roster has experienced this moment and will be prepared.
Bama -7

JMU -12.5 vs. Ga. Southern
As a Virginia fan it’s really going to suck having to recruit against the Dukes for the next 10 years. But whatever, at least I can bet myself happy. JMU has been one of my favorite stories to watch this season. Not only have they made the jump to Div1 they are dominating and enter Saturday’s game ranked 25th in the nation. They are also 5- ATS this season, 3-0 ATS as a double digit favorite and 2-0 ATS on the road (be still my beating heart.). This line has grown quickly over the last 48 hours it was at 10 just a day ago and I’ve seen it as high as 13. 12.5 is a little lofty and I may look into buying it down, but I still like the Duke to do their thing.
JMU -12.5

Kentucky +4 vs. Mississippi St.
The biggest question surrounding this game is do Kentucky fans actually boo when their team scores because it means the football team may be relevant for another week and encroach on coverage of the basketball team getting their socks washed? The Wildcats have experience a rough set since entering SEC play. They haven’t been flat out bad, it’s just a difficult conference to compete in, especially when your offense is not explosive and it can be turnover prone. Mississippi St. has been on a tear knocking off A&M and Arkansas in back-to-back weeks, but those games take a toll on you. This is also a great spot for a let down against a physical team looking to reestablish their identity.
Kentucky +4

NC State +3.5 vs. Syracuse:
Time to cut the sh$t Orange. Reality check time, the two P5 teams Cuse faced took them to the wire in the Dome and those were powerhouses Purdue and Virginia. Now Syracuse opens a killer month long stretch that starts with NC State and continues with Clemson, Notre Dame, Pitt, FSU and Wake. The reality is they only only have two maybe three shots at a win. The Wolfpack are once again winning and somehow utterly uninspiring. The offense has not held up their end of the bargain for a team full of seniors. It will take an effort but they keep this one close.
NC State +3.5

Kansas vs. Oklahoma Over 62
I’ve paid entirely too much attention to Kansas football this season. This is a funny one the Jayhawks are 8.5 pt dogs but people are in love with them. I don’t quite understand that. What I do understand is in the last three games the OU defense has given up 148 points. Expect Kansas to get theirs, but the Jayhawks defense is not the Longhorns and the Sooners will find some rhythm on offense.
Over 62

No Virginia game this week so that’s a win for all exhausted Hoos.

I have let down my family, myself, and most importantly you. The way my picks performed was completely unacceptable.

I’m disappointed for you…

Am tempted to go against myself and take the Vols. My guess is Bama goes at their QB hard all day. Should be fun for a while atleast

Dragon, I was bullshitting earlier this season but i can’t take the actual temptation anymore . Im going to follow HGN’s lead and pick me out one game to bet actual cash on. The last few years not drinking ,gambling and chasing women has enabled me to save a few bucks. Im going to pick out me a game out of that list and bet on it. I know you won’t let me down

Bounce back with the Pack this week. NC State is the play.

Tough toss up but the pack pick is my favorite.

But am on Bama

Bama and the points is free money, even if they don’t get their corn from a jar Some teams let their mascots do the shitting on the field?

On the ACC Network they are showing the 1990 season. Just showed UVA beating Clemson for the 1st time. We had a lot of fan support in those days. Love seeing all the stars from that team

Wow. That was an awesome day. Proud to say I was in the house

I was in Myrtle Beach. I was so drunk but man was i crazy. I was telling people on the beach about us beating Clemson. Everyone thought i was crazy

Dang I tuned in just in time to see the GaTech game. Sisson is a name I have never forgot.

What i haven’t forgot is that penalty on the last touchdown. That ruined the rest of the season

I had forgotten. Dam Aaron was open. Great hoop player too

The man whose absence from the formation resulted in in the penalty–Mark Cooke–was a damn good hooper too. He and Shawn were teammates in hoops and football at Martinsville High.