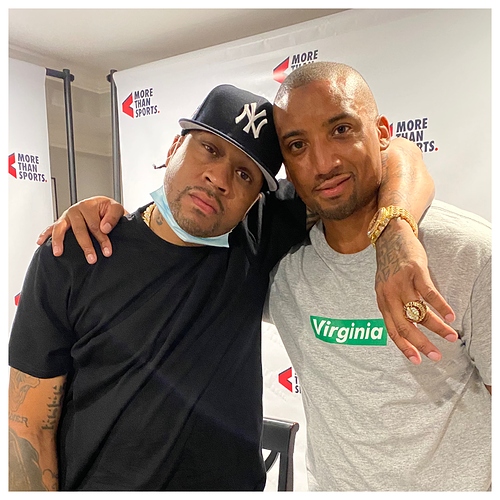 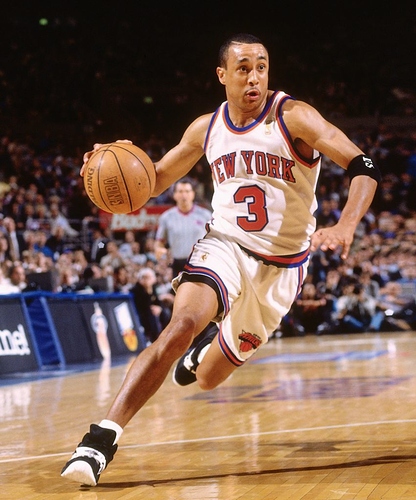 Spent 12 years in Portland and 5 as a Blazers ticket holder, so Lillard. He loves PDX and I like that he wants to win with the Blazers instead of going to a different market. Don’t see that a lot.

If the question is about present NBA players, can I claim Klay Thompson?

That may be the first time I’ve seen that card played. Not upset.

Growing up it was Jordan. But Tim Duncan is an all time favorite I even went by Big Fundamentals in HS

I met Joe, along with Sidney Green and Adrian Dantley, in Boston the night before the 1987 Eastern Conference Finals. Joe could not have been more gracious, especially considering he was dealing with a buzzed 22-year-old Celtics fan. I was a fan of Joe’s before that encounter, but liked him even more after it. Joe is a real gentleman. 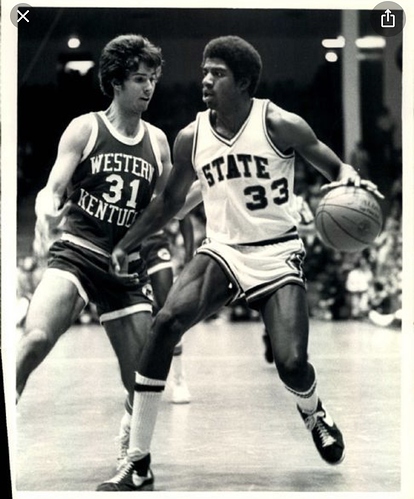 I saw Earvin play live in ODU’s Christmas Tournament his freshman year. He had probably played 12 or so college games at that point. That Spartan team was stacked with most of the guys who helped win the Natty the next year. Greg Kessler was like a poor man’s David Thompson, and Jay Vincent was dominant in the paint.

As we were leaving the Scope after the first night’s games, my Dad told my brother and me that we had just seen a future Hall of Famer in action. Thirteen-year-old GMoney replied, “Yeah, that Kessler guy is awesome.” My Dad said, “I wasn’t talking about Kessler; I meant number 33.” Not yet recognizing the value of assists and Magic’s masterful floor generalship, I was confused. “But, Dad, he didn’t score that much and never dunked.” My Dad just grinned and shook his head. By the time the next season was over, I understood what Dad had meant. And my conception of basketball greatness and what makes the game so beautiful was forever changed. And for that, I mostly have Magic and his foil Larry to thank.

That is an awesome story, and a valuable lesson in with age comes wisdom.

I respected the Jordan era bulls teams but the Knicks became my team because of how hard they battled the Bulls.

Other then Ewing, they were mostly a bunch of scrappy underdogs that you didn’t want to mess with. Starks really personified that especially given his size. And I really liked his story of going from bagging groceries to the NBA.

Those Knicks team really reminded me of the Hoos of that era too…scrappy, defensive minded, overlooked, underdogs, and prone to breaking your heart.

As a Sixers fan it’s definitely Iverson… and Embiid clowns everyone, so he is definitely my current active player favorite.

That all makes sense and I totally respect that. Those Knicks teams defined the term gritty. The were brutal, I’ve grown to appreciate them more as an adult, same with the Pacers from that era as well. Something about routing for a team from NY… I just can’t do it.

Those Knicks were definitely an acquired taste.

I never had much issue with the way we play under Bennett. If I could appreciate those Knicks, I could roll with anything on the court.

No doubt. The difference between the two is CTB teams play tough and gritty but they aren’t dirty. The Kicks teams had no problem taking you out if they had to. Some of that was the time period. But Oakley and the X-Man were the real deal and I wouldn’t square up on Oakley today.

I liked the knicks more with Latrell Sprewell.

While it isn’t a player, when I was younger my favorite team by far was the early 2000s Kings. Chris Webber, Peja Stojakovic, Mike Bibby, Vlade Divac, Hedo Turkoglu, etc. And for whatever reason, Bobby Jackson coming off the bench was my favorite player. Maybe I was trying to be an NBA hipster or something, but I just loved the way he played and followed him closer than most of the stars of that period.

Also, that team should have a title. I don’t subscribe to conspiracy theories, but if I had to chose one, I’d chose to believe that infamous series against the Lakers was at least partially fixed.

Watched a few mins of Kings and Pelicans last night and they were talking about that team. I had forgotten about them and how good they were. Toss in Jason Williams at the point. Loved that guy. They were jobbed out a Finals appearance.