Basically what you think ha. He didnt get the whole set up so kind of a let down in response. Would be more candid in person for sure

It was a good interview and glad the Jwilly show is back!

Let the celebration begin…. not currently DFL in adjusted pace!

Man we are even pushing the ball more now I felt like. How are we 2nd to last? Dear lord lol Could just be we were that far behind to begin with.

Whatever in my mind we are running way more so im havin fun.

2 big things i see. We are extending the packline on the perimeter and creating havoc and steals …

Then getting out on the fast break. TB adjusting to his skill set.

And … we lead the Nation in assisted field goals. Enjoy folks. We have a front row seat to observe the performance of a hall of fame coach …

How are we 2nd to last? Dear lord lol Could just be we were that far behind to begin with.

Silly numbers, we dropped back to dead last overnight…

The Maryland scrimmage win also looks good now. It’s kind of funny how both of those performances seemed underwhelming at the time.

There are, by my very unofficial count, 8 schools that are still undefeated in both men’s and women’s basketball. Arizona, Connecticut, Indiana, Iowa State, Kansas State, St. John’s, UNLV, Virginia.

Lol yea who knew we were having a Final Four round robin?

This is the first time UVa has scored 70 or more points in their first five games of the season under Tony Bennett, and the first time as a program since 2007

Comparing last year to this year. Through 5 games, the data (and eye test) suggest the following is true:

So far BvP = MVP. A lot of people ragged him as our portal pick, but I’m hard pressed to think of anyone who would have fit better here (cue Dave and Haney).

Gardner messed with his shooting form - shouldn’t have done that because he needs to be efficient at the 12 foot jumper and the FT line. Eyeball says he’s having trouble.

Like the way Kihei is playing - really understanding his role.

Kadin is still a bit passive offensively ~ I think he should have tried a couple of 3s.

Reece’s jumper isn’t the prettiest to look at, but he is stroking it with more confidence each game.

This team, and it’s coach, have an edge that we have been lacking.

So far BvP = MVP. A lot of people ragged him as our portal pick, but I’m hard pressed to think of anyone who would have fit better here

I thought Traudt would’ve been a better fit, if not a better player, because I thought playing him early would pay dividends later. But I was wrong about the ceiling of this roster. Plus, I’ve said this a lot now, I still believe in sports villains, and BVP was one, but he decided to transfer here and be cool and that’s cool 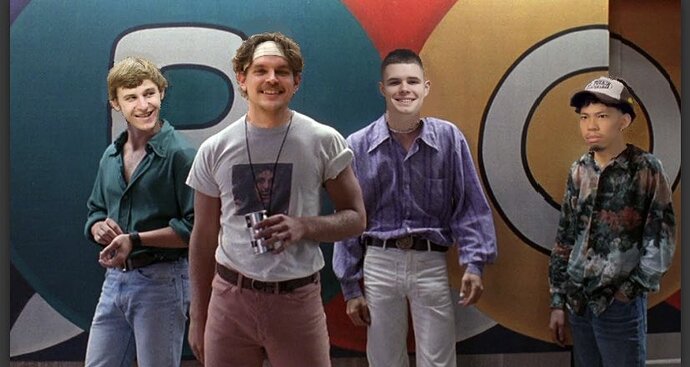 Always thought it was cough syrup or some shit

With you on Traudt, but I think the redshirt may unlock a huge next two years for him