2025 Nate Ament on his unofficial. Looks like his trainer (MVM Training) was with him. A lot of the DC kids train with him (off the top of my head Isaiah Abraham, Justin Robinson the former hokie, all the DC kids who go to Villanova, etc.).

Need our future pg. Need a shooter of some sorts. Need another guard/ball handler. Need another wing. Need a forward/ someone who can play either front court spot.

Crickets on Carr’s recruitment. Interesting that neither the Tenn or Louisville site got interviews. Sounds like he’ll lay out his plans to Bossi. Would assume he announces this weekend before the season starts. Who knows the behind the scenes stuff but I’m actually back to leaning back toward one of the early guys with longest relationships in his recruitment, Northwestern or KSU. I mean, hope it’s us, because think we can really bold hi, but this is really just killing time til next Monday. Nothing else to speculate on and I don’t play softball

khnordeen said… (original post) Thanks for sharing Jody! Any word on how Carr’s visit went?

Went well. We will have his comments in the next day or so. Eric Bossi working on a story on his recruitment Great having @KyleGetter @UVAMensHoops in the gym today for practice. Appreciate you coming coach. 💪🏀
9 Likes
Hoosthechamp November 2, 2022, 2:55am #6

Is Perry severely underrated? He sure is getting a lot of attention

No he’s really good. I think Ive said before there are people in that local scene who think Perry might be better than Reed Sheppard.

Im not a fan. Too slow for a front court player. No defensive versatility. 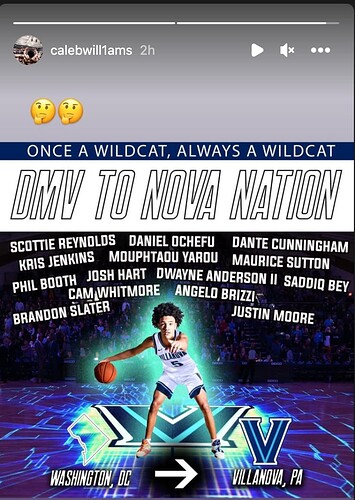 Does Philly not produce enough hoops talent? Why does Nova have to flaunt their DC dominance like this?

Is Jay Wright a hoops savant if Turgeon and all the Hoya washouts didn’t wash out? Probably not.

One more thing on this. I need a ruling from DC area folks:

Booth, Ochefu, and Whitmore are all from Baltimore, or the Baltimore area. Is Baltimore part of the DMV? I had kinda thought DMV was DC and it’s Maryland and Virginia suburbs. So it cuts off at what? Calverton? Laurel?

It’s kind of weird. DMV started out as being used to refer to the whole mid-atlantic region - literally Delaware, Maryland, and Virginia. Some people still use it that way. But it kind of got co-opted to mean the greater DC area only now. Not sure how that happened.

To answer your specific question: Not sure what the cut-off is when people refer to it as greater DC. Laurel definitely fits, Calverton … eh. Maybe just the genesis of the name, but feels like it doesn’t.

When we lived in NOVA, I didn’t consider Baltimore part of DMV. On the MD side, I thought of PG County, Montgomery Co and maybe part of Frederick. But that’s about it.

I always understood it as “DC, Maryland, Virginia” when people said DMV. Do people actually include Delaware? 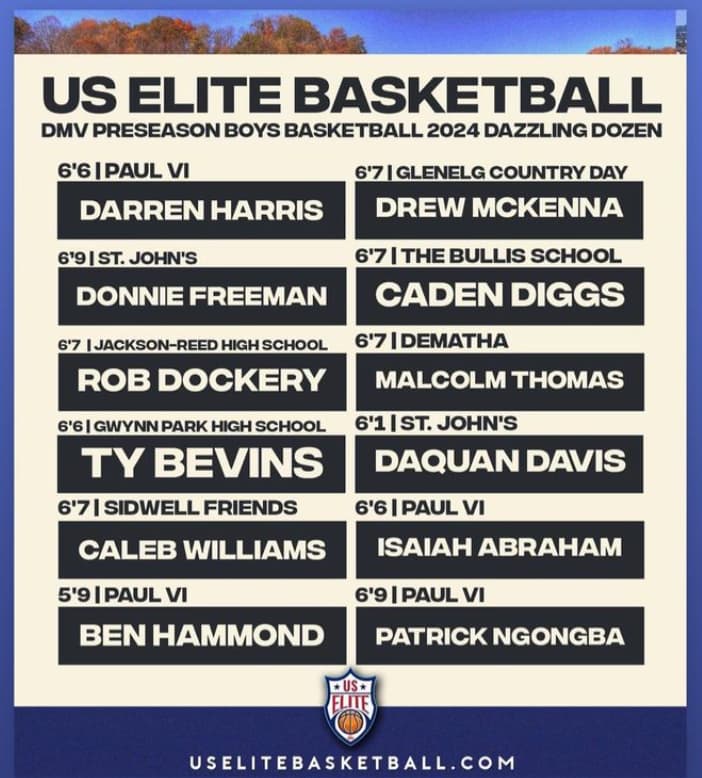 One more thing on this. I need a ruling from DC area folks:

Booth, Ochefu, and Whitmore are all from Baltimore, or the Baltimore area. Is Baltimore part of the DMV? I had kinda thought DMV was DC and it’s Maryland and Virginia suburbs. So it cuts off at what? Calverton? Laurel?

Sounds like Cameron Carr is in the jury room now, they’re expecting a verdict soon. Tough one to read, but UVA is right there.

@Hooandtrue how are those follows looking?