Looking at the 2021 Recruiting Horizon

Lots of alleged “Hoos” tonight opining on why no top recruit would ever want to play for the national champs. Gotta love anonymous message boards.

Woof. I’d backtrack up the board and clean some stuff but damned if I’m going to read through it all. We’re pretty loose around here with guidelines of what’s acceptable. When I get a couple complaints I just bring it up. So far that’s worked. Hopefully it’ll continue.

So umm let’s try to avoid voicing harsh judgements of teenagers currently being recruited, or their parents for that matter. Little less conspiracy theory, at least of the personal nature, please.

I disagree. However, we will have our work cut out for us because it’s not going to be the easiest path. We just have to find those who recognize the opportunity that Bennett and UVA provide. I get the impression that Gregg, McNeeley, Taylor, Nickel, and possibly Kaufman do.

HOO Nation would collectively swallow their faces if Tony announced the signing of an unknown 2☆ from California rated as the 400th best player in the country. Boy, do we need a commitment to tame the masses.

Oh NO this board have people that run tu the mod because they dont like a post? Im out!! Peace

I saw the article and the comments made. Over the years, there have been plenty of highly touted kids make complementary comments about Bennett/UVa and it never went anywhere. I can tell you I think broccoli is fantastic but that doesn’t mean I have any desire to have it with my meals. HGN has framed recruiting well regarding signs. Never once I saw were there any serious indications of a chance UVa could become a factor. Regardless of whether Keels was on the board or not, had they thought they could get him, they probably pounce much like when they got Abdur-Rahim. If you get signals, you move. I think it was a matter of having the defending National Champs on his list and that was it. As for MSU, I think they had been trending a while prior to the offer to his brother. Could it have sealed the deal, maybe but all signs pointed to him going there period.

Where you lost me completely was on the Keels and Nichols comparison. Maybe you can explain it, I see no connection at all. All I see from Keels is a 17/18 year old kid toying with the emotions of grown adults. My guess is Bennett has taken the reigns on this one for a while now. Doesn’t seem like he is all that concerned if UVa continues to stay in the game.

I think with Keels “antics” it’s taken different depending on your age. It doesn’t bother me one bit. He only gets to do this once, so enjoy it. He has some impressive schools/ their fans on the edge of their seat. Older guys it seems to get under their hood and a his “antics” a bit uncouth… me on the other hand… hilarious

Papihoo, I agree that HGN has and does frame recruiting well. We have been all-in on Keels for quite a while now. However, like many times before we were an attractive destination until a blue-blood comes calling, such as Duke, UNC, and / or Kentucky. That doesn’t mean we will see the same end result but we were committed to Keels, thus Christie didn’t have an offer yet. Could things have been different if he had an offer? Possibly but not likely considering everything. Everyone thought he was Duke’s, not MSU’s.

Offered but all in? Keels, they were all in! Think about the message. Sometimes you recruit who you think you have the better chance with.

Everyone said Christie was Duke but Tu.
Tu said Max Christie was heading to MSU pretty long before his commitment.

In my opinion concerns about a recruit’s social media posts are a waste of time, unless it’s something overtly problematic such as a racist tweet or similar indication of a serious personality flaw. CTB is apparently very open with recruits about what’s expected here— he doesn’t go hard after a recruit unless he believes the player fits in his program, and recruits don’t commit to his program if they expect to be treated differently than how he’s historically treated every one of his players. Based on my own teenagers’ social media posting, if it’s decipherable at all, it’s usually typical teenage attempts to work through thoughts and emotions as kids mature in how they interact with the world and deal with challenges. Sometimes they make me cringe, but mostly I accept them without much judgement or concern.

As for how parents, coaches, friends, etc are influencing the players during the recruiting process, we’ve all been observing long enough to realize that it’s usually impossible to tell the difference between what’s real, what’s rumor, and what’s mostly just chagrin that a recruit may be trending towards another program. My mantra on recruiting is not so much trust in Tony (though I do), but trust in HGN because he’s got way more time than I do to peruse his trusted sources and to observe the actions of the coaches and players and compare them against historical patterns regarding how a recruitment is trending.

For the most part, I enjoy reading and sharing opinions here, but when it starts to devolve into dissection of social media posts and bitter comments about a parent’s influence or that a recruit doesn’t fit here, I tune out.

My opinion is that the SM posts etc are more for their own peers than for fans following their recruitment. I dont think elite recruits are thinking that adult fans or whatever are following their moves around the country as much as they are having fun with players and friends that they interact with as young kids coming up in a great time of their Lives. 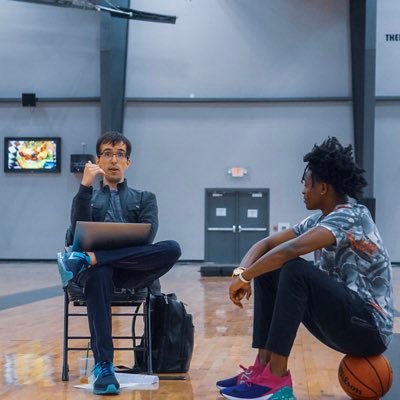 Very true. That’s why I can’t decipher the vast majority of my kids’ Instagram posts, etc. It’s all inside jokes with their peers.

Couldn’t agree more.
Hell I saw a kid who was the definition of a NARP drop a decommitment post on SM, and committed to another school a couple weeks later.

If a player is good enough and knows that he will be a one and done. If he is a good player but still needs developing to improve his NBA game then I would definitely consider UVA. But the first consideration is that a player and UVA are a good fit. Some players just wont fit the culture at UVA and that is fine. If I want development then UVA should be at the top of my list if we fit

I don’t think that players who consider themselves as possible OADs are looking for “development”. I imagine most of them are more concerned with exposure. They want to be on the court both early and often. They want guaranteed starting positions. For the most part, I imagine they also want to play in unstructured, uptempo offensive schemes to maximize their touches and display their skills to NBA scouts. When an elite recruit commits and says that his new coach will prepare him for the next level, what I hear is, “He’s going to let me play my game and he’s going to play me a lot so everyone can see what I can do!” Virginia may, at some point, actually sign a “one & done”. However, I suspect he won’t enter college thinking he will be one. It will just happen that way.