Tony Bennett is the best coach ever. No negative comments allowed in this thread

Appreciate how fortunate you are to have him, you ungrateful slobs!

Did I mention handsome

Tony Bennet is a full-time J-Crew model and NCAA basketball coach. He has a low body-fat percentage, nice teeth, is an animal lover, and he’s good at math.

is an animal lover

I have never thought about this before, but do the Bennetts have any pets?

Also, whenever Tony leaves, I hope we are creative in honoring him. A statute would be fine, but I want something off the wall, like a version of the Bayeux Tapestry in the same style depicting all of the events of the Bennett era. Am I aware Tony would hate being portrayed as a conquering king? Yes. But I want to do it anyway, and if I’m ever obscenely wealth, this the type of dumb crap I’m doing.

How about this AI generated masterpiece 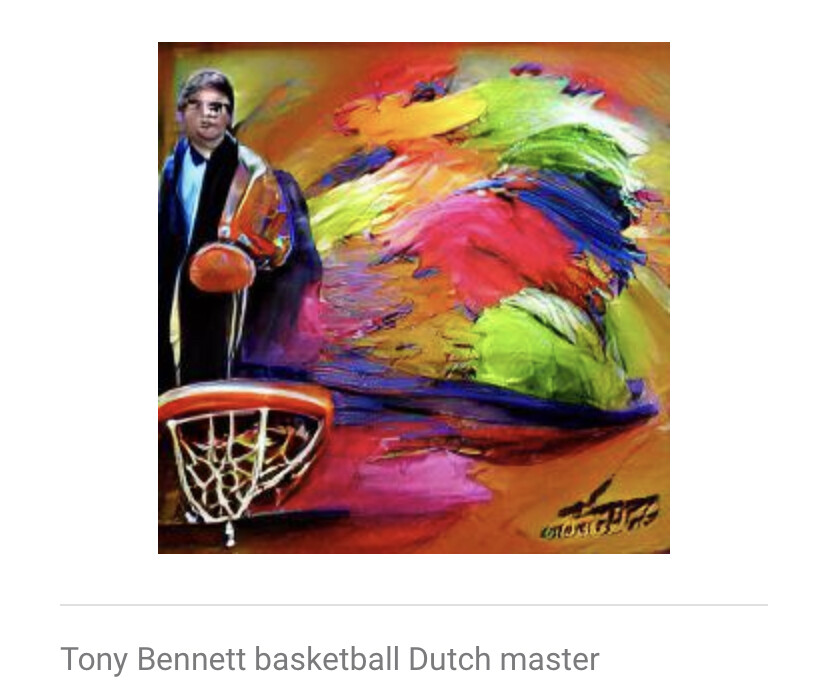 Also via rumor the man has great breath at all times

So do girl friends and or wives right? @Marktykobe

A “Tony’s greatest strength” poll / thread would be fun for the offseason. Maybe during beach season…

Initially I thought it was my company enticing them to tag along for the 6 hour drive. When I discovered the truth, couldn’t be mad. I’ve never seen anything like it.

He does have a warm smile, and he has expressive eyes that go along with the smile. He is crowded in the lower front teeth, though. His smile can be magnificent with some adult orthodontics…Invisalign, perhaps.

@DentistHoo with the best take of the year!!

He is crowded in the lower front teeth, though. His smile can be magnificent with some adult orthodontics…Invisalign, perhaps.

We need to talk. Do you accept Pay Flex?

Tony lives vicariously through himself.

Tony once had an awkward moment, just to see how it feels.

When it is raining, it is because he is thinking of something sad.

Tony is left-handed and right-handed.

If he were to mail a letter without postage, it would still get there.

The police often question him just because they find him interesting.

On every continent in the world, there is a sandwich named after him.

Cuba imports cigars from him.

Mosquitos refuse to bite him purely out of respect.

In museums, he is allowed to touch the art.

If he were to punch you in the face, you would have to fight off the urge to thank him.

Tony is fluent in all languages, including three that he only speaks.

Once while sailing around the world, he discovered a short cut.

Panhandlers give him money.

His passport requires no photograph.

When he drives a new car off the lot, it increases in value.