This topic needs its own thread. If we somehow get new jerseys next season then it’s a W regardless of the actual outcome.

Post any old UVA jerseys, Jerseys from other teams that you wish UVA would copy, fan made jerseys you found impressive etc.

Im just moreso wondering what actually needs to be done to make the change? Is there a contract we are on that we have to abide by?

When you think UVA, what color do you think? Only can choose one.

I can’t really get behind a black jersey. Has never been one of our colors. And orange and black just make me think halloween.

I am in favor of all the ones labeled ‘retro’ though. That one on Armaan from wahoops looks fantastic.

I’d also personally throw out the new font entirely. Don’t care for it at all. Wouldn’t mind seeing an experiment with script font though. Maybe take a little inspiration from our baseball uniforms.

Just copy anything from here 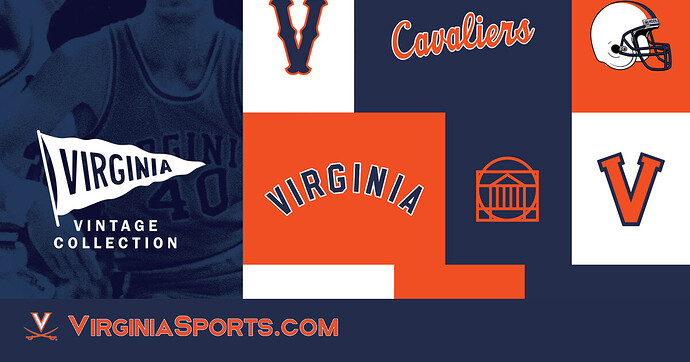 Do you guys think we should have Jerseys where it’s just the V Sabres on the front instead of “Virginia”?

I know Tony’s not a big analytics guys but I hope someone has alerted him to how the fall off in defensive efficiency has coincided with the move to K-Mart brand uniforms. Surely he can see that it’s not a coincidence?

V sabers with the vintage cavaliers cursive font would be $$$$

I know it’s blasphamey but something like this with the V sabres. Maybe the logo a little smaller. 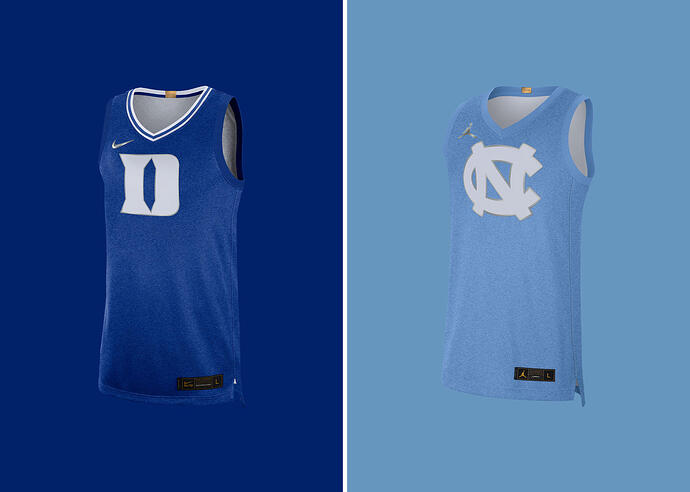 That duke D is so ugly. Their gothic font uniforms are 100x better

Just KISS and go with the Joe Harris era white Jersey and 90’s blue + orange jerseys. Keep those for the next 30 years and let them become synonymous with UVA basketball.

I weirdly don’t know that I’d want the V sabres in that type of set-up. Now an old school block V, I think I could get behind, although I’d have to see it laid out.

What I miss about the older jerseys was both the 5 pillars on the back as well as the faded rotunda on the back of the jerseys. The current ones are generic virginia tech with no UVA flair.

I kind of liked the faded rotunda and pillars… but not a ton. I liked it way more than what we have now, but also felt it was a little ‘busy’. I personally love clean simply jerseys. That’s why that retro wahoops one on Armaan speaks to me.

I am really partial to our National Championship jersey’s. The current ones are so blah. The font looks like VT’s, and they don’t look as sharp as previous jersey’s did. The Armaan jersey at the top of this thread is awesome, but honestly almost anything would be better then what we have now.

It seems crazy to win a championship and then change the jerseys right after. We should have kept them for at least 5 years.

My first year was Ralph’s fourth year, so I’m totally for the retro–both the white and the orange. No blackout. Too Duke/Tech. I do like the new-look orange on McKneely, and could get behind a navy version of the V-Saber on Gardner.