Is there any reason to think we might consider getting new uniforms or is this all hopeful conjecture? I’m on board either way but just wanna know where I should keep my hopes

I’ve seen people claim elsewhere these current ones were implemented on a three year deal. No idea if that is accurate but given the backlash I’d expect us to replace them after next year if it is.

I don’t get caught up on the kit the boys are wearing because at the end of the day I’m going to support them no matter what. Would I like to see an orange set like I remember from my childhood? absolutely. Same as I want the football team to go back to white helmets, orange tops and white pants. But again I don’t waste a lot of mental cycles thinking about pipedreams and non-essentials.

That said, an alternative retro, or orange to break out on big games would be cool.

I think my favorite preference for a new jersey would be the cursive Cavaliers on the front. Like the Iillinois jerseys 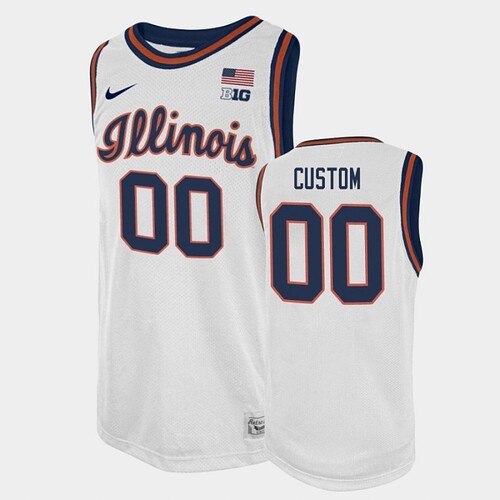 Did you know that on the Eastern Shore there is very little said negatively about Kihei? They’re big fans. @STL_UVA
Coach Bennett refusing to wear a suit even to a networking and mock interview! True power move! twitter.com/ADWilliamsUVA/…

He’s talked about hating ties before (which he was allowed to ditch once Carla became AD), so I wouldn’t be super surprised if he just doesn’t like suits in general.

These aren’t jerseys, but still feels like this fits in here more than anywhere. Kids looking professional. No Igor. If he had been in the photo I would have taken it as a sign he’s coming back.

Love this one, but if we are gonna do a retro uniform we should do the oranges (maybe Tony will make an exception for a retro)….

Good point. I suppose Igor could have been on a visit at the time. That’s the problem with so little information; I grasp at whatever straws I can.