Win Saturday and have to think we’re the odds-on favorite to win the conference. Only match up with Wake, so the game has even greater implications. Ken Pom has UVA as a 3 point favorite.

Had no clue Wake fans were this bad…

one of the more delusional boards I’ve ever read, no one is saying anything that means anything

Something tells me that Deacfreak07 isn’t too fond of us. Just a feeling.

Found the team and message board Louisville fans have migrated to.

This game honestly worries me quite a bit. We’re on a nice streak of good play our past few games, but so are they. Going to be really tough.

Also, in terms of regular season standings, this game is pretty huge. Only game against Wake, so tie-breaker is in play.

Will learn a lot about the team based on how we do in those 6 games.

This one worries me as well. Win or lose I’d be surprised if WF is at the top of the standings come March. They have a lot of losable road games left - Pitt, Duke, Miami, NC St, Syracuse. They also still have UNC and NC St at home.

Just saw in that WF pre-game thread (oof btw) that they’re looking for their first 5 game winning streak in the ACC since CP3 was there. Looked it up and I think Tony’s done that 11 times, including a 12 and 13 game streak. Not to mention, if we win, it will be the 12th time he’s done it.

From advanced metrics, it looks like Wake Forest shoots very well but that’s it. Defense is garbage. What’s the read?

I think this will be much tougher than our last few games.

Grew up a Wake fan- and the one thing I don’t think we can underrate is how important a game like this is to the fan base. I anticipate the crowd will be extremely juiced - it has been a woeful 15 years for them. Very similar to the Pitt atmosphere, so hopefully we learned from it.

Forbes runs a good offense, they’re gonna put up a lot of 3’s and look to get easy buckets for their bigs curling off ball screens. The Appleby/Carr duo is especially dangerous given Carr is a pick and pop threat. Defensively they’re gonna pressure the ball and try to force turnovers, but otherwise they’re a bit lackluster in that department. If we take care of the ball we should get good looks.

Still a tough game, Wake is undefeated at home this year and playing their best ball right now. But if we’re shooting the ball well from deep and getting in passing lanes on defense, there’s not a team in the country that scares me.

This game will look a lot like last night I think. They’ll hit a lot of 3s. We’ll need 70+ to win at their place I think. If Reece can slow Appleby we’ve got a good chance.

Had no clue Wake fans were this bad… 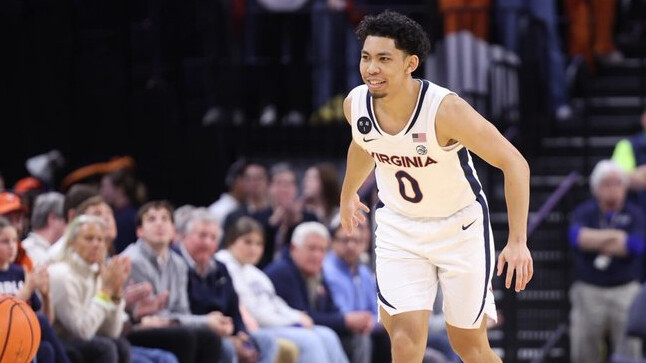 10th ranked Virginia heads to Wake Forest on Saturday for an ACC clash between teams currently tied for second place in the standings.

I think you’re probably right, but I imagine Reece

will only be covering Appleby when Kihei is sitting. 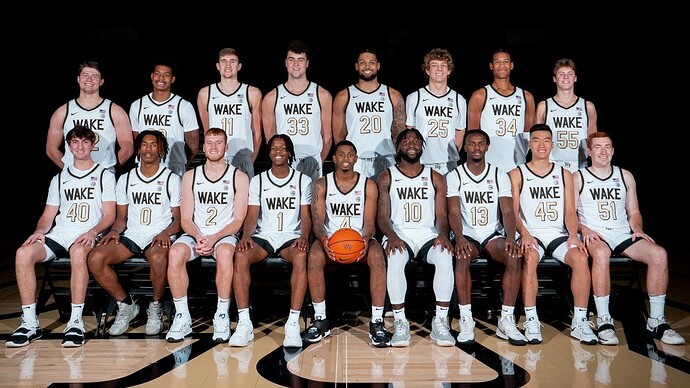 They play 9 guys more than 10 min per game … Appleby, Hildreth and Carr all over 31 min per game

p.s. Looks like in ACC games they are down to an 8 man rotation.