Glad someone got it!

I almost liked it but it felt equivalent to chatting with someone juggling grenades.

My man has been in college for 10 years and has like 5 degrees, no point adapting to UVA lingo at this point

no point adapting to UVA lingo at this point @UVAMensHoops
🎧 The iPod may be discontinued, but we’ll always have these memories! 🔶⚔️🔷#GoHoos https://t.co/9bYjC1TrS4 Had to stick this somewhere

“Tiger Tears” is more savage (and awesome) than I expected from the official b-ball account. 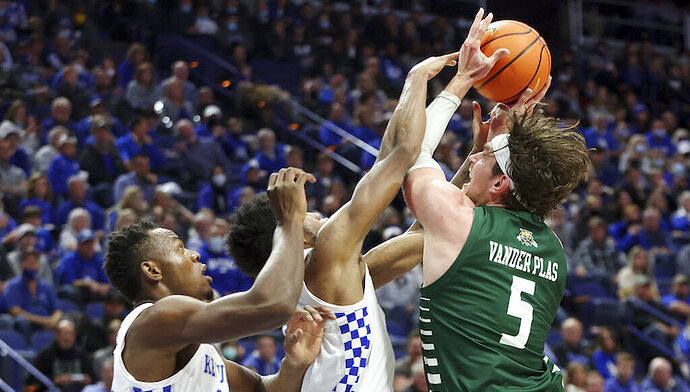 With an influx of talent, Virginia basketball is poised to regroup on offense, including veteran Ohio transfer playmaking-4 Ben Vander Plas

Really good read - the only thing I was it had was a little more context for some non-traditional stats. For example, if you mentioned true shooting % maybe say what percentile of players it puts one in. I don’t want to keep swapping out tabs to google these things.

Thanks for posting, just read it. It was a bit of a frustrating read for me, because a lot of seemed to be hinting that a decent template for how they can play together is Murphy and Hauser, but then Geisinger has to state the obvious – those guys are NBA players and these guys are not. So then the premise is that better versions of Jayden/BVP would unlock roster versatility. Yes! I agree!

Ultimately, the takeaways are sort of exemplified by this point: “…if Gardner finds a standstill 3-point jumper this offseason, it’ll be a game-changer for Virginia.” Totally agree. Also true: if I find a million dollars under my pillow, I will have a million dollars.

Less snarky: the odds of Gardner finding a 3-point jumper in this offseason when having a 3-pt jumper would’ve been great for him since he was 15 or so, and now he’s 22, seem significantly south of 100%.

Sidenote - but in looking up his age, I see that we share a b-day. Happy birthday, Jayden!

Edit - okay one more: this is becoming a “deep dive” mainstay. Show our true frosh Kiwi SG getting roasted by an ACC PF and then note that the D should be better when we have a guy who’s 6’8" playing his 6th year in college. I mean, yeah, but it just seems like a funky takeaway. Is anyone putting “defends the 4 better than a true frosh Kiwi SG playing out of position” on a resume?

My takeaway when I see that is — what in the world was going on with our lineups?

Hello, this is Bob from the IRS calling again about the pillow money and I still want my half. @CoachKhalilS
🚨COACHES: Stop taking kids out for every single mistake; let them play through some mistakes. When you do sub, don’t just throw them on the end of the bench, acknowledge the mistake & TEACH! Every mistake is a teaching moment! Less meaningless yelling, more meaningful teaching!
5 Likes
haney May 18, 2022, 4:20pm #800

Teel’s entry into the “Kihei is back” genre. 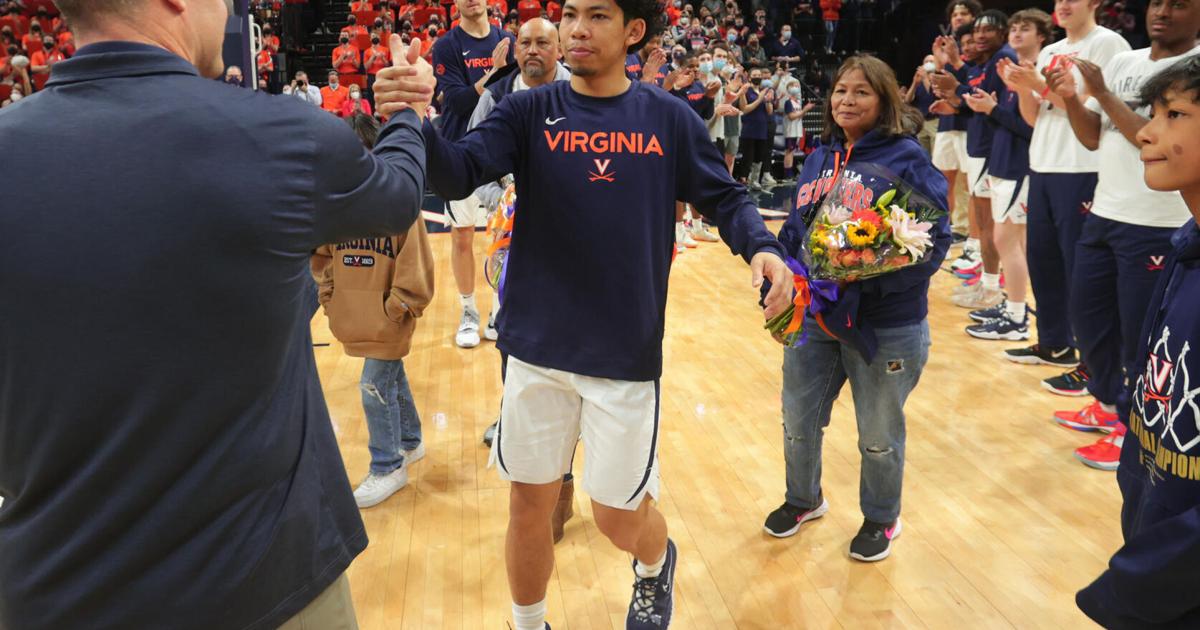 Teel: Welcomed back by Tony Bennett, Kihei Clark believes UVA can have...

Kihei Clark wasted little time. As soon as Virginia returned home from a 20-point loss to North Carolina in the ACC tournament, a setback that erased the Cavaliers’ faint NCAA

I think Teel is off with his 13-14 comparison, for the reasons outlined in the thousands of posts I’ve made on this topic.

Hard not to draw the conclusion from this (a bit reductively, but here goes) that basically Kihei decided to come back because the end of the season was so disappointing (FSU on Senior Day, UNC in BK). Might be more true as a matter of narrative bow-tying than actual decision-making.

Also, can we pause on these sentences: “Clark will be the first to acknowledge that his size can be a liability and that his shot is erratic — his career accuracy is 38.3%. But those flaws don’t merit the accompanying disparagement.”

Hate to be pedantic here, but it’s possible to talk hoops AND disparage someone. Unless you’re talking about a very narrow legal sense, “disparage” simply means to belittle someone, or – as the Cambridge Dictionary puts it – offer “unkind remarks about someone that show you do not respect them.”

I think it’s inarguable that many of the posts here about Kihei fit that description – but I’m sure I’m about to get disparaged for suggesting that.

We need better shooting on the floor to open up scoring opportunities (basketball).

Do I have it right?

Edit - I for one am here for the pedantry.

I’m sure I’m about to get disparaged for suggesting that.

I guess we then get into the weeds and probably disagree about whether a certain opinion is belittling or unkind or any of the other words Cambridge offered to you.

Lots of people think Tony was 100% correct to play our shooters so few minutes. I question that opinion, but I don’t think that opinion is belittling to Taine or Igor or Carson.

Edit - I for one am here for the pedantry.

evanmiya.com and hoop-explorer.com, but I get bogged down when I try to play with either one

Hoop-explorer basically says (I think) we were slightly better with the two of them playing together than with one or both of them out of the lineup. Not sure if you can link the queries, but here goes:

So I think you’re basically getting second order effects. If you want to know how STARTERS - (Kihei or Reece) + (Taine or Igor or Carson) did - the answer is you basically won’t find that in the data.

Evan Miya’s site linked above as a “Teammate Chemistry” metric that is (or is similar to) an on-off comparison for duos, and it has the Reece-Kihei lineups performing slightly worse than the lineups that only have one of them. However, lineups with only one of them on the floor played few enough possessions that I would be very very cautious before trying to interpret on-off for them.

If you want to know how STARTERS - (Kihei or Reece) + (Taine or Igor or Carson) did - the answer is you basically won’t find that in the data.

So, yeah, the answer to whether swapping out Reece or Kihei and adding another guard/wing to the starting lineup would have helped?

Feel free to try it with Papi, too. I considered Kadin to the be starter, even when he wasn’t.